What 3,000-year-old Egyptian wheat tells us about the genetics of our daily bread

Researchers sequenced the genome of a 3,000-year-old sample of Egyptian emmer wheat; Comparisons with modern samples suggest a story of how the crop spread 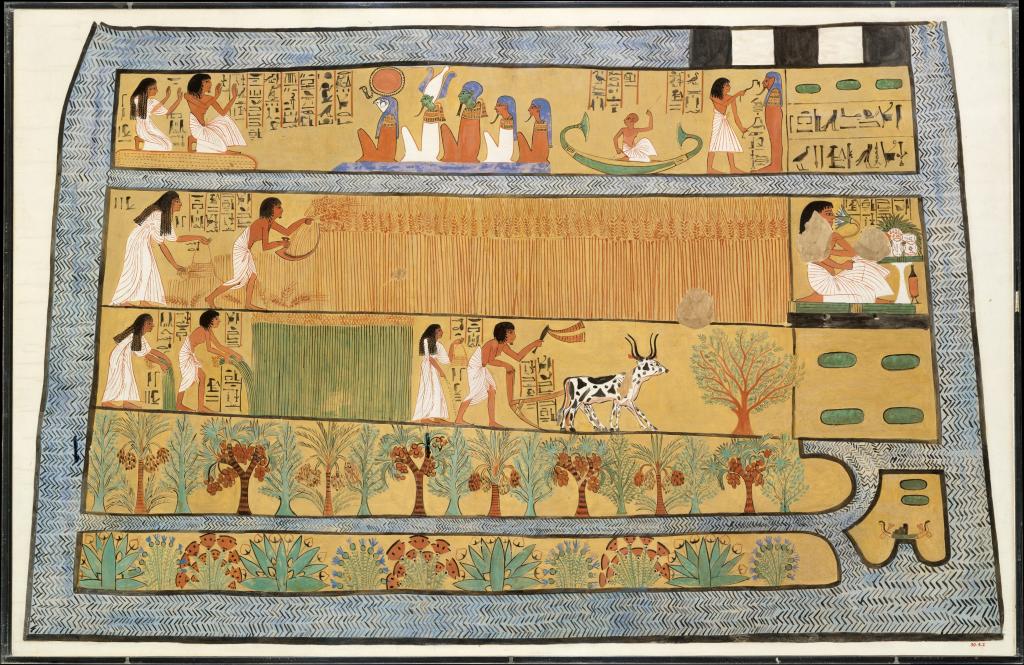 Human societies need food — and that often means wheat, which was first cultivated more than 12,000 years ago. Today, around one in five calories consumed by humans is from wheat. Over this time, humans have moved wheat species around the globe and transformed them through cultivation and breeding.

Most wheat species have a hybrid origin. Their DNA has also revealed a complex history of further hybridisation, with modern varieties carrying large genomic chunks that originate from related species. In some cases, genetic material was probably exchanged between species in the fields of early farmers. In other cases, modern breeders have made interspecies crosses deliberately in order to introduce useful genetic variation, such as disease resistance.

Ancient DNA, taken directly from bioarchaeological specimens, is particularly valuable for tracking changes through time, allowing us to uncover lost variation and to link specific time points with genetic footprints of crop movement and breeding. We recently sequenced the genome of a 3,000-year-old sample of Egyptian emmer wheat, and comparisons with modern samples suggest a story of how that crop spread from one region to others.

Wheats were first cultivated in the “fertile crescent” region of the Middle East, where there are still wild populations of emmer wheat, a common species in early cultivation. Emmer wheat is “hulled”, which means that strong physical processing is required to separate the grain from the surrounding chaff. Emmer wheat is a wild hybrid species that carries two full genomes, each coming from a different wild grass species.

Other kinds of wheat that we’re familiar with today include pasta wheat (also called durum wheat), which is derived from emmer but is free-threshing. This means that the hulls are brittle and easily separated from the grain during threshing. Bread wheat, the most widely grown crop in the world today, is also free-threshing but carries one further genome, which comes from a third wild grass species.

In Pharaonic Egypt, emmer was the most common wheat. It is claimed that the Romans therefore referred to hulled wheat as Pharaoh’s wheat, which could be the linguistic root of “farro”. Egyptians may have found that emmer wheat suited the local climate or that the hulls protected the grain from pests in storage. Alternatively, the popularity of emmer wheat could be a matter of cultural preference and taste. I was curious to taste emmer for myself, so I made some bread with it. It rose less than normal but the flavour was sweet and nutty.

We first became aware of ancient cereal specimens in the UCL Petrie Museum of Egyptian Archaeology in London from a BBC documentary. The 3,000-year-old emmer wheat chaff that we sequenced was excavated from the Hememiah North Spur site more than 90 years ago by archaeologist Gertrude Caton-Thomson and a local workforce. Despite wartime bombing and flooding — and particularly the sample being stored without climate control — the DNA from the wheat had survived.

The overall genetic similarity between samples is used to infer how crops have been moved around the world. Of cultivated emmer wheats with comparable genetic data available, the Egyptian emmer wheat was most similar to modern emmer grown in Turkey, Oman and India. This suggests a genetic connection between the early eastward and southward expansions of emmer cultivation from the fertile crescent, distinct from northward and westward expansions.

Coincidentally or deliberately, humans have changed crop plants to be better suited for cultivation. This prehistoric selection leaves footprints in the genome. We found that the Egyptian emmer wheat already had most of the genetic characteristics associated with domestication. Domesticated emmer wheat retains its seeds on the plant, where they can be easily harvested. This would be disadvantageous in the wild because it prevents dispersal. Domesticated emmer wheat seeds are also consistently large and easy to germinate. These traits were likely present in the ancient emmer.

Emmer cultivation in Egypt has now declined in favour of free-threshing wheats, which are easier to process. This may explain why the genome we obtained appears to be relatively distinct. However, our study only considers available modern sequences and a single location and time. In the future, genomic data from more modern and ancient wheats will allow us to pinpoint historical crop movements and changes in genetic diversity.

Samples and researchers from relevant regions are likely to play a key role. It has even been suggested that the genetic diversity that is present in wild populations and ancient crops but lost from modern varieties could be reintroduced to boost crop improvement for the future.