Mechanisation of agricultural activity can help many African countries unlock underutilised agricultural potential. But there are serious obstacles which must be removed 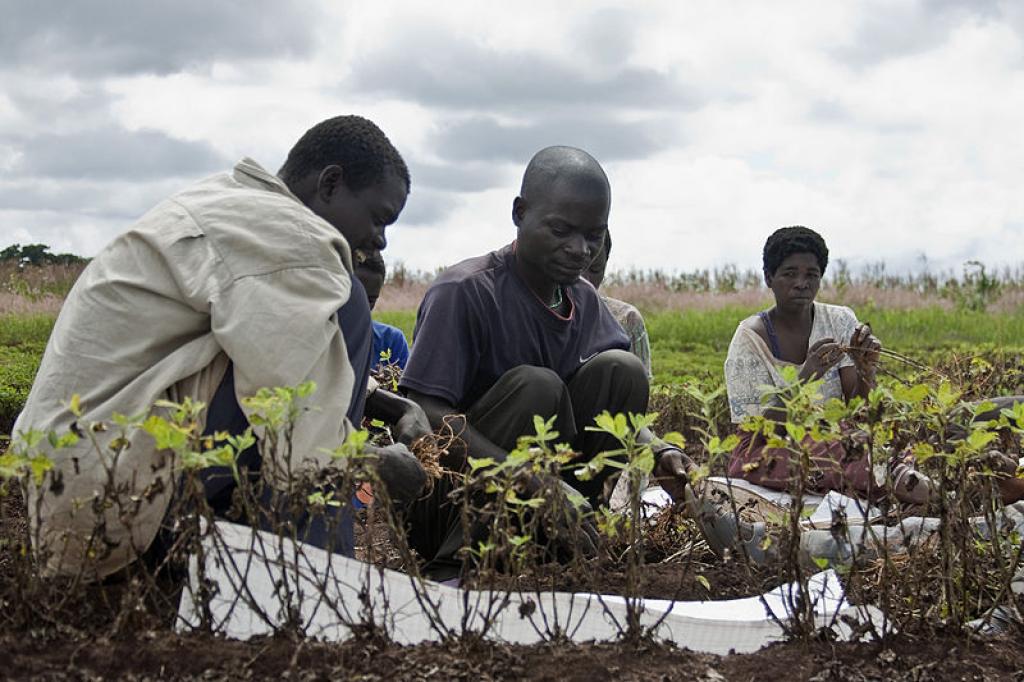 Mechanisation of agricultural activity has become a priority across many African countries as the continent gears up to exploit its well recognised potential to become the world’s food basket.

This comes on the back of the fact that African farming systems remain the least mechanised of all continents. 70% of the farmers cultivate parcels of less than two hectares by hoe.

According to the Food and Agriculture Organisation, Africa has less than two tractors per 1000 ha of cropland. This number has sharply increased in all other continents, reaching ten tractors per 1000 hectares in South Asia and Latin America.

Mechanisation can help unlock underutilised agricultural potential. The challenge is to develop arrangements that enable smallholder-farmers – who can’t afford to buy their own equipment – to access equipment like tractors.

We looked at mechanisation efforts in Ghana. We wanted to get a better understanding of the challenges involved in government and private sector efforts to promote mechanisation among smallholder farmers.

Our study shows that alongside well-known problems like access to spare parts and credit, mechanisation is constrained by the fact that there aren’t enough skills being developed. This includes people who can operate tractors as well as technicians.

Other constraints include the fact that the private sector’s involvement is severely hampered because of government resistance, and corruption that affects imports of tractors and machinery.

The findings suggest that instead of focusing on supplying subsidised machinery – for example by simply giving farmers tractors – it would be better if governments invested in building institutions that can deliver skills as well as innovation in the sector, and that they opened the door to private sector initiatives.

But we found that governments tend to provide private goods, such as tractors, rather than public goods such as training. This is because private goods can be targeted to large and influential farmers who are often political supporters, and can generate media attention.

What’s the best way of promoting mechanisation for small scale farmers? According to the Food and Agricultural Organisation, past state-led and donor-backed mechanisation efforts have “failed miserably”. For example, most of the 30 mechanisation schemes set up before 1980 in sub-Saharan Africa collapsed. The programmes failed because of governance challenges such as rent seeking and lack of access to spare-parts, qualified operators and technicians.

Are today’s state-led mechanisation efforts more successful? We looked at one of them in Ghana.

The government provides tractors at subsidised rates to entrepreneurs who run a 89 centres that rent out, and service tractors. The approach could be a promising model of a public- private partnership. But we found several challenges.

The distribution of machinery by state agencies opened opportunities for political misuse. For example, 82% of the centres were established in districts aligned with the same party as the ruling government. In some districts, centres never actually opened up – even though they were officially registered – and tractors disappeared.

Another challenge was the fact that due to donor requirements, the government had to select from whom they sourced stock from lists of pre-selected machinery producers. This precluded the selection of the most appropriate brands and also led to frequent shifts of brands, making private investment in spare parts difficult. Combined with a lack of maintenance and the absence of qualified operators and technicians, this resulted in frequent and long breakdowns and, consequently, a decline in the acreage served by the centres.

One of the centres studied ploughed 200 ha with nine tractors in its first year, 2008, but only 40 ha with the only two tractors that remained functioning in 2014.

Community organisations such as cooperatives can also provide machinery, but they also face challenges. In Ghana, farmers raised the concern that group members will dispute who can use machinery first. Also, experiences from countries such as India have shown that wealthy farmers often dominate farmer-based organisation while smallholders have less of a voice.

Private sector is the key

Given these challenges, could private actors do better? The rise of medium scale farmers in Africa suggests that there maybe many opportunities for the private ownership of tractors.

But we found that private tractor owners were reluctant to provide services in areas where farms are small and scattered because of the high servicing costs involved.

Policymakers thus need to find ways to nudge tractor owners to serve smallholders and to reduce servicing costs. Organising smallholders in groups or promoting mobile tools, which allow smallholders to hire nearby tractors, may help improve access to mechanisation.

But all models of mechanisation, from state- to market-led, need a supportive environment to thrive. This is particularly true when it comes to knowledge and skills development.

In Ghana, more than 80% of tractor-owners regularly face long machinery breakdowns because they don’t have adequate mechanical knowledge. Governments should play their part by stepping in and training operators and technicians.

To exploit Africa’s potential to become the world’s food basket and to safeguard that profits are made by African smallholder farmers requires careful consideration of how different actors interact. Governments, private actors, community-based organisations and development partners can all contribute. Such a combination would help to create the appropriate checks and balances for mechanisation.

Instead of focusing on the supply of subsidised machinery, governments should provide public goods and services to support the emerging private markets. Such support includes strengthening the capacity of the education and training domain, improving the customs process, maintaining market stability, and focusing on institutional solutions for smallholders.