Wheat procurement season near, but no word from Punjab on direct MSP payment

The FCI in March asked Punjab government to give it land records of farmers to enable direct, online payment of MSP. The state has not responded so far 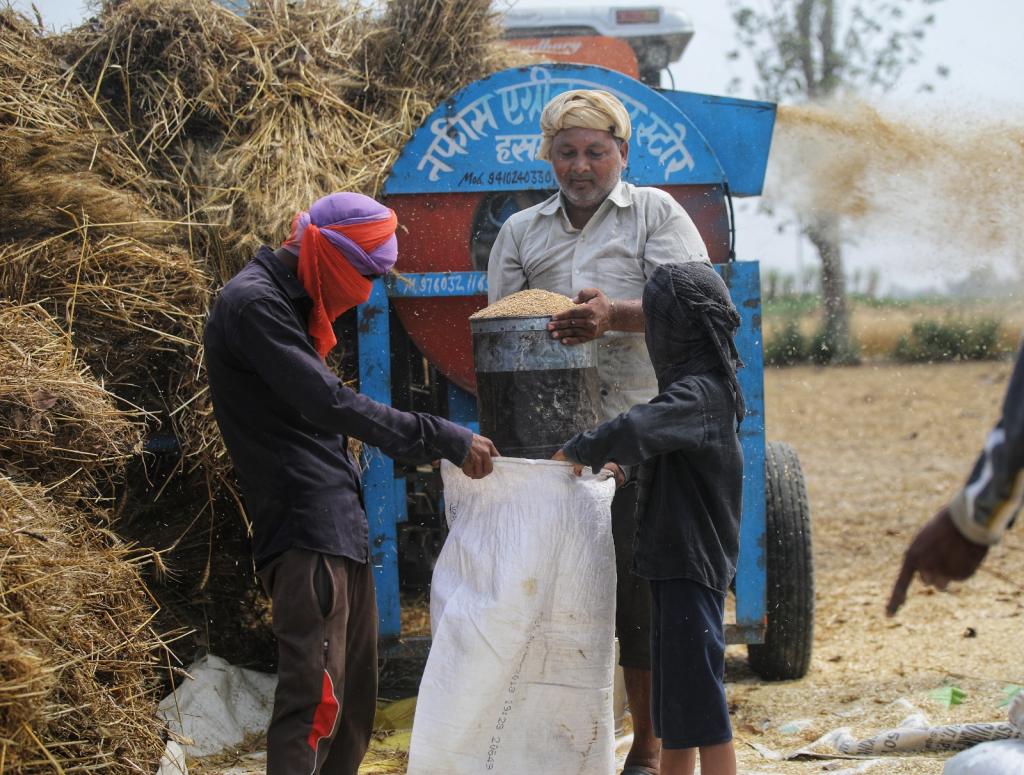 The procurement season for wheat is barely 10 days away in Punjab, but uncertainty looms large around the process. The Food Corporation of India (FCI) in March had asked the state government for the land records of farmers to enable direct, online payment of Minimum Support Price (MSP). The state, however, has not responded so far.

The payment is routed through arhtiyas or commission agents under current practice.

With no word from Punjab government so far, the FCI has sought directions from the Union Ministry of Consumer Affairs, Food and Public Distribution on the course of action in case the state government does not comply.

But the state government as of April 1 had not communicated the land records to the FCI.

“Nothing has come from the state government till now. We have sought directions from the headquarters on how to go forward,” said an official from FCI who did not wish to be named.

MSP payments are mandated through arhtiyas, according to Punjab Agriculture Produce Market Rules. Punjab is the only state that does not carry out direct payments to farmers as mandated by the Finance Ministry’s public finance management system, according to the official.

The arhtiya system exists in other states also like Haryana and Rajasthan but the payment in these states is made directly to farmers.

“The state government needs to modify its Agricultural Produce Market Committee act. This can be done through an ordinance within a day. The ministry has been issuing this guideline of direct payment for the last two years. The produce belongs to the farmer, so arhtiyas should not be in between. Hopefully the state government will examine the issue and get back to us before April 10.”

He added that the state government has an ‘Anaaj Kharid’ portal which already has 1.2 million registered farmers: “The government just needs to update it and confirm the bank accounts.”

A major problem farmers will face would be seeking payment for crops they grow on leased land. Even though leasing is illegal in Punjab, it happens on a large scale — around 40-50 per cent farmers lease agricultural land.

So, how will they show land records?

The FCI says they can follow the Haryana model, wherein farmers have been allowed to submit lease deeds or an undertaking of the leased land instead of land records. But leasing is still practised in an illegal or informal way in Punjab — and farmers do not have any official records of the land leased.

“The government could pass an ordinance for the time being to make this possible. Even though the draft has lot of issues, something could be done to make sure farmers don’t lose on their income. They have been demanding the same (direct payment) for long time. And now, when steps are being taken to make that happen, the state government is not showing political will.”

Since the FCI first wrote to Punjab in March, there has been an exchange of words and letters between the Centre and the state government.

Down To Earth tried reaching KAP Sinha, principal secretary, food, civil supplies and consumer affairs, about how the administration is planning to deal with the above mentioned issues. But he did not respond to the calls or messages.

“The onus is on the state government now. There may be certain teething problems in the beginning, but things need to start somewhere,” the FCI official said.