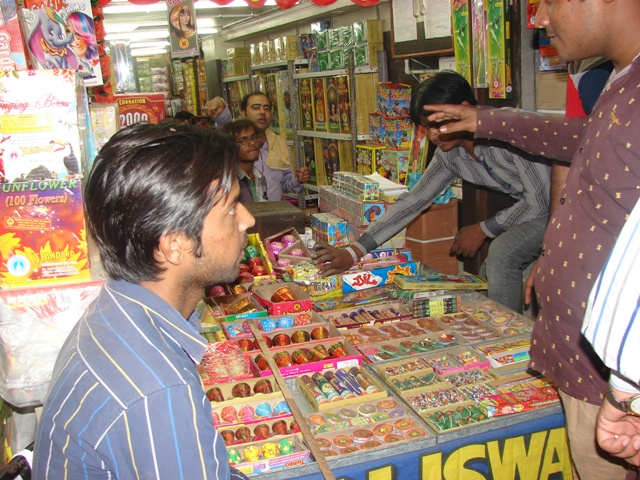 Toxic fumes from firecrackers will once again poison the air we breathe this Diwali. Ten years after the Supreme Court said fireworks must be evaluated on the basis of their chemical composition instead of the noise they produce, the Department of Explosives of the commerce and industry ministry has set guidelines for only four of 40 notified categories of explosives—atom bombs, Chinese crackers, garland crackers and maroons.

In 2005, the apex court had directed the Department of Explosives to notify regulations regarding the recommended and permitted composition of each type of firecracker. It also asked for the labelling and packaging of all fireworks in India to include the chemical composition, categorisation and the expected effects on the environment.

It took the Petroleum and Explosives Safety Organisation (PESO), the licensing arm of the government that authorises manufacturers to produce fireworks, three years to come up with guidelines for the four categories.

These guidelines mandated that the sulphur content must not exceed 20 per cent, nitrates must not exceed 57 per cent and aluminium powder content 23 per cent. The guidelines failed to mention heavy metals such as cobalt, copper and magnesium which are used as colouring and regulating agents in many forms of fireworks and glitter which is used in sparklers. Exposure to these substances is lethal to human health.

After 2008, PESO has not released any new guidelines, allowing firecracker manufactures unregulated use of chemicals and heavy metals.

Guidelines issued by other government agencies and existing laws have also failed to curb dangerous practices in the production, sale and use of firecrackers.

The Central Pollution Control Board (CPCB), for instance, had stated in its “Deepawali Report 2013” that smoke emissions and sound levels from firecrackers must not exceed the Ambient Air Quality Standards and Ambient Noise Standards. It made state governments responsible for ensuring these guidelines are followed. It also said that local authorities must identify places so that firecrackers are burst at community level and not by individual households. These guidelines have, however, remained on paper.

But in practice, packaging and labelling rules do not ensure that there is any distinction between sound- and light-emitting fireworks. In fact, the police and other enforcing authorities are not aware of such a distinction made by the regulations.

The rules also call for a sample of the explosive to be tested by the Controller of Explosives to ensure that they are “safely” manufactured, handled, transported, stored and used. But the rules provide no clarity on what safety means.

Conditions in which fireworks are sold pose a serious risk to the safety of the surroundings. The Explosives Rules, 2000, mandate every seller of firecrackers to acquire either a permanent or temporary licence. A seller seeking a permanent licence must obtain No Objection Certificates (NOC) from the fire department, the land owning agency and a character certificate from the Delhi Police. The rules also state that the shop must be located in a commercial area and the road in front of it must be 12 metres wide.

It is evident that many of these rules are ignored or bypassed by sellers as makeshift firecracker shops dot all residential areas during Diwali.

Centre for Science and Environment (CSE) demands stricter norms and better implementation of existing rules, laws and court orders. Following are some of the key recommendations:

There needs to be an urgent move by PESO to introduce composition-based guidelines for all 40 firework categories. Shortage of infrastructure or expertise can no longer be a valid reason for the apex statutory body on explosives to delay introducing technically sound norms.

Packaging and labelling norms need to be adhered to strictly in order to identify the real cost of fireworks to the environment.

The issuance of licences for retail sale needs to be done only after stringent verification of the fulfilment of all pre-requisites, and needs to be continuously monitored throughout the peak season of sale.

Implementation needs to be done more efficiently and rigorously and needs to involve more eyes at street level. This can be done by following the example of West Bengal, which set up a 130,000-strong Civic Police Volunteer Force in each district for the implementation of firework-related rules and regulations in 2013.

Public awareness needs to be created regarding the real effects of our festivals—their impact on our environment and the health of vulnerable members of society.