Still, there are hardly any ‘good’, ‘satisfactory’ or even ‘moderately polluted’ days in sight 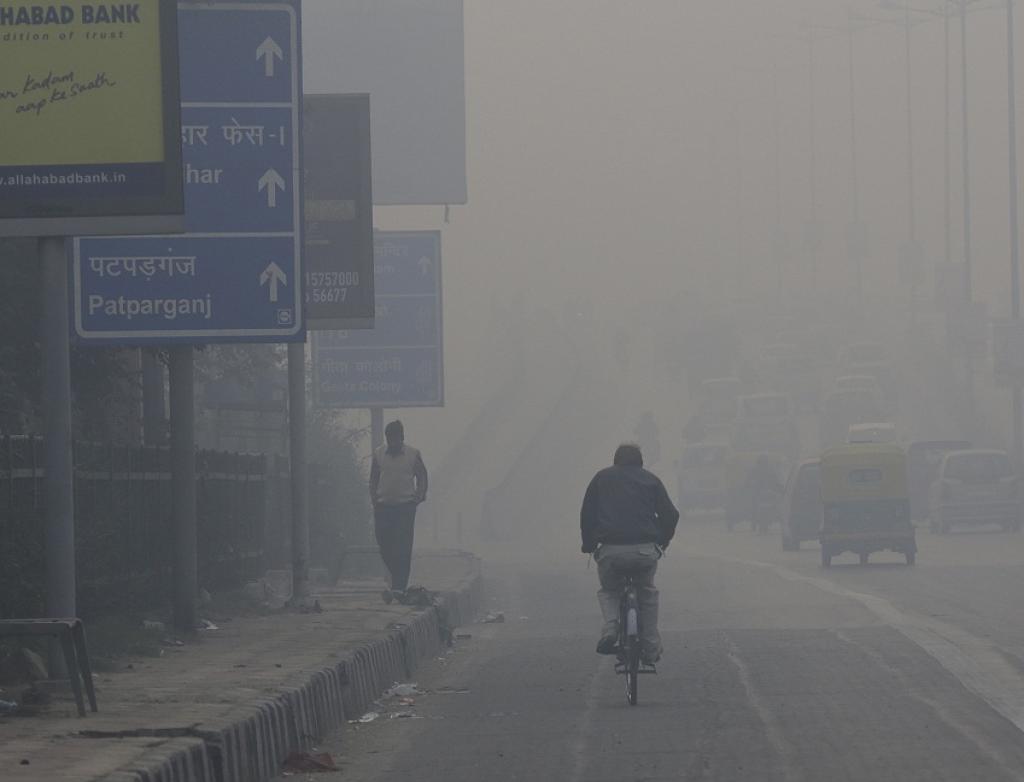 An analysis carried out by Delhi-based think-tank Centre for Science and Environment (CSE) shows that there was a marginal improvement in the air quality of the national capital in the autumn and early winter months (October, November and December) of 2018 compared to the same period last year.

“Our study is based on data from the Central Pollution Control Board (CPCB) and the Delhi Pollution Control Committee (DPCC),” said Vivek Chattopadhyay, Senior Programme Manager, Clean Air Programme, CSE. “Though the number of severe days between October 1-December 15, 2018, is the same as the previous year 2017, there is a drop in the number of very poor days from 56 per cent in 2017 to 46 per cent in 2018,” he added.

The picture is mixed, said Chattopadhyay. “That there was marginal improvement shows that action can make a difference. But there are hardly any good, satisfactory or even moderately polluted days are in sight.” 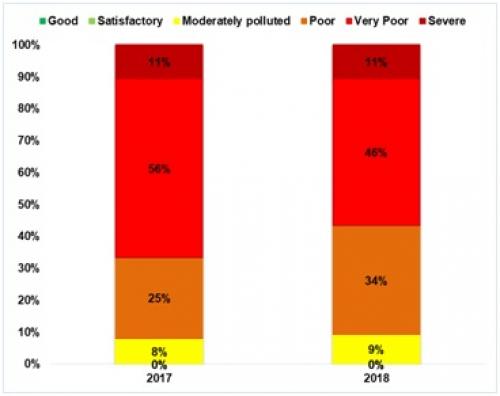 Delhi’s troubles would continue in the New Year too. The national capital and its surrounding regions are witnessing unfavourable weather conditions in terms of the atmosphere’s capacity to disperse pollutants. Surface wind speed is merely 2.3 km per hour which is considered ‘calm’; this implies that it is unfavourable for the dispersion of pollutants.

“In such a scenario, any emission doesn’t dissipate and remains close to the ground. Authorities forecast that air quality will be in the severe category for the next couple of days. The Environmental Pollution Control Authority and CPCB have issued directions under Graded Response Action Plan. Therefore, it seems that it is going to be a bad beginning for the New Year,” said Chattopadhyay.

Meanwhile, December 24 was a bad day for other, smaller cities in North India too.

The situation called for intensification of efforts, said Chattopadhyay. “Air pollution control efforts have to be intensified, with strict enforcement in several cities. Only then will there be a dent in the rising air trend. The Centre along with states must initiate implementation of measures identified. The National Clean Air Programme must set stiff reduction targets of emission load from vehicles, power plants, industries and other dispersal sources.”

(With inputs from Shambhavi Shukla)