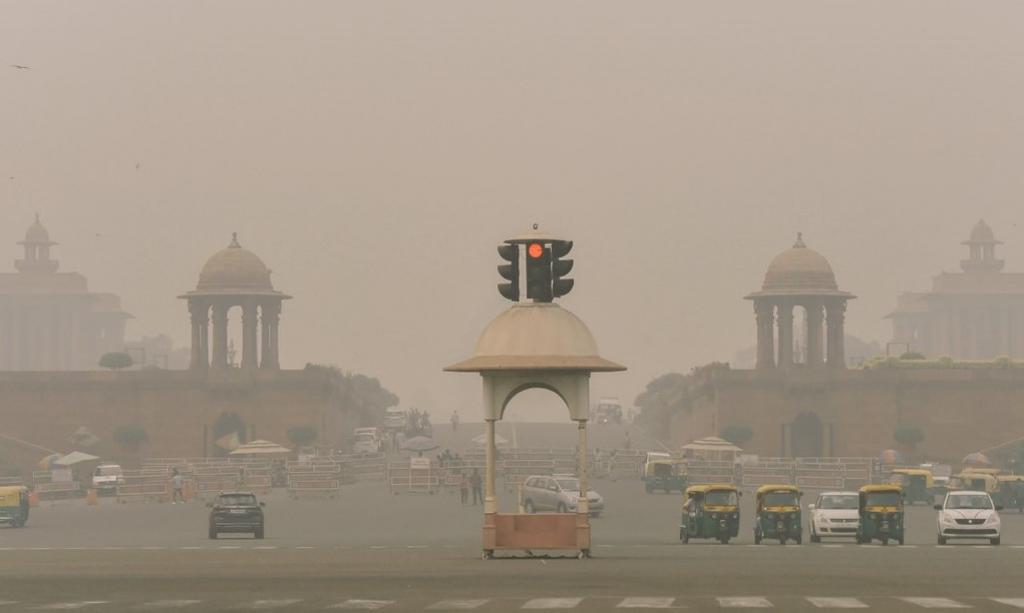 Air quality in Delhi and the National Capital Region improved to ‘very poor’ from ‘severe’ November 11, 2020, even as more pollution control measures were imposed by the Central Pollution Control Board (CPCB).

The Air Quality Index (AQI) November 11 was 344, according to CPCB data. This was an improvement from the previous day’s value of 476.

SAFAR (System of Air Quality and Weather Forecasting and Research) under the Union Ministry of Earth Sciences, attributed the improvement to a decrease in fire-related pollution due to a change in the wind direction from north westerly to easterly.

Subsequently, there was less transport of smoke produced by farmers in Punjab and Haryana burning paddy stubble. This, even as the fire count reached 2,422. Stubble burning contributed just three per cent of Particulate Matter 2.5 to Delhi’s air.

However, the marginal relief is short-lived and a deterioration of air quality is expected by November 11, mainly due to calm winds and a shift in their direction towards the northwest.

While the overall average air quality was ‘very poor’, some areas like Bawana, Mundka, Punjabi Bagh, Rohini, and Wazirpur continued to remain in the ‘severe’ category.

The CPCB on November 11 directed all hot mix plants and stone crushers to remain closed at all times till November 17, 2020. It also called for an increase in the frequency of mechanised cleaning of roads and water sprinkling, particularly on road stretches with high dust generation potential.

CPCB also directed all government agencies to ensure compliance of the National Green Tribunal’s order regarding the ban on use and sale of firecrackers.

CPCB issued the orders after the newly formed Commission for Air Quality Management in the National Capital Region and adjoining Areas held a meeting November 10 and asked it to monitor the measures taken to control pollution.