Cities free their roads of cars to fight air pollution 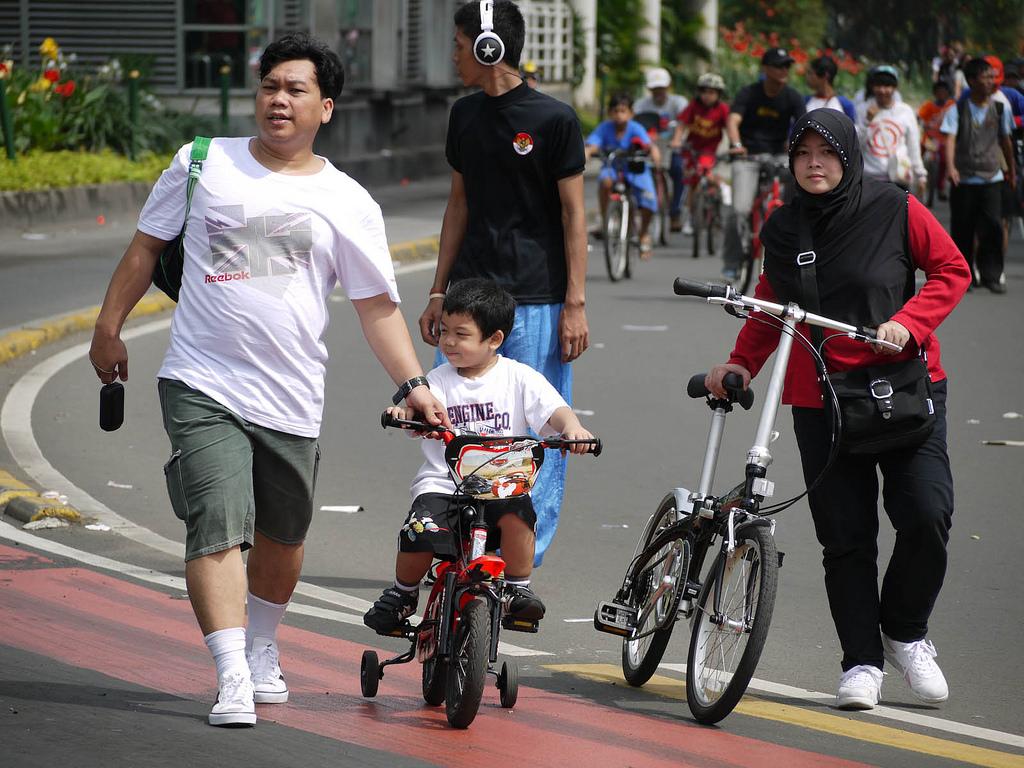 Some cities prioritise bicycles over cars by preventing them from plying in central business districts. Credit: Selka / Flicker

Air pollution kills around 6.5 million people each year. Mortality rate due to vehicle-generated pollution is far higher than collisions and road accidents. While Africa has become the dump yard for dirty fuel that Europe can’t use, the latter itself has about 29 million ‘dirty’ diesel cars and vans plying on its roads. Recently, the detection of toxic nanoparticles from air pollution in human brains in “abundant” quantities has raised concerns over possible link between air pollution and degenerative brain diseases such as Alzheimer’s. Several studies have also pointed to the fact that tiny particles from vehicle emissions are smaller and more toxic than the PM2.5 pollutants.

That these facts are unnerving to major countries around the world is evident from the measures they take to free their roads of cars. Bikers and pedestrians are slowly reclaiming their space in metropolises as well as other urban centres to reduce vehicle emission and toxicity of the air.

According to a research conducted by the University of the West of England, cars, buses and trucks are the main cause of air pollution in 95 per cent of the cities in the UK where the air is unfit to breathe. This pollution is estimated to shorten the lives of over 50,000 people a year. London Mayor Sadiq Khan has hinted at making the city car-free in the coming days and he is exploring “hard-hitting new measures to tackle London’s polluted air”.

Not a very distant neighbour, Paris will witness a serious participation of bikers on September 25 as 400 miles of Parisian streets will either have people on foot or on bikes, taking advantage of a ban on cars. Last weekend, Brussels held its 15th annual car-free day.

Some European cities are taking long-term measures to reduce traffic congestion and air pollution. For instance, Oslo plans to ban all private vehicles from the city centre by 2019 and Hamburg is on its way to develop a green network, spanning 40 per cent of the city. Madrid has plans for banning cars from the city centre by 2020. In Copenhagen, large areas have been closed to vehicles for decades. The city prioritises bicycles over cars through 26 suburban commuter arteries known as “cycling superhighways”.

The Volkswagen scandal that hit the US market revealed two important facts: there’s desperation in the vehicle industry to survive stricter emissions standards introduced by governments and there’s a need for making regulations and monitoring systems more stringent. While long-term objectives like bringing more fuel-efficient cars on the road and raising fuel efficiency standards will prevent about 6 billion metric tonnes of carbon pollution from entering the atmosphere, there are some immediate steps being taken by the federal states of the US.

While Los Angeles regularly runs the biggest car-free events in the US, other American cities such as Philadelphia and Detroit will also hold car-free events this weekend. Mexico City prevents cars from plying on the streets of the city centre every Sunday and Bogotá hosts the largest working-day car ban in the world.

Delhi has the highest number of vehicles in the country. Apart from trash burning and construction and demolition of buildings, vehicular emission is among the main reasons for pollution. As a result, every third child in Delhi has some kind of lung impairment. In a bid to tackle air pollution, the Delhi government announced the odd-even scheme twice so far in 2016. Although it led to a drop in the levels of Particulate Matter (PM) 2.5, the initiative didn’t bring the pollution levels close to the international safety standards.

Many argued that emissions from vehicles contribute only six per cent of the total pollution, with factories and dust from constructions sites contributing lion’s share of the pollution. But the fact remains that out of the 627,000 premature deaths caused by air pollution-related diseases globally, half of them are due to heart diseases, which are considered the biggest short-term impacts of air pollution-related deaths in India as well.

Delhi not only needs to control trash burning but also resort to vacuum cleaning of roads. Moreover, the number of cars that get registered in Delhi needs to be controlled. But before that, connectivity of metro and buses needs to be improved and provisions for cycle tracks need to be made.

Australia is yet to open up to the idea of making its cities car-free on some days of the year although it has started looking into carbon dioxide emissions standards for light vehicles in order to meet the nation’s 2030 climate targets. In 2015, new Australian vehicles produced an average of 184 grams of carbon dioxide for each kilometre.

Kigali city in Rwanda is perhaps the first African city that went car-free this year. On July 3, 2016, it marked the second car-free day when people used roller, skates, skating boards and bicycles to get around the city. By the end of August, the city began implementing car-free zone policy that aims to ban all cars from the central business district.