Just effective decarbonisation policies not enough to bring SO2, NO2, O3 and NH3 to safe levels; clean energy and waste management would be needed 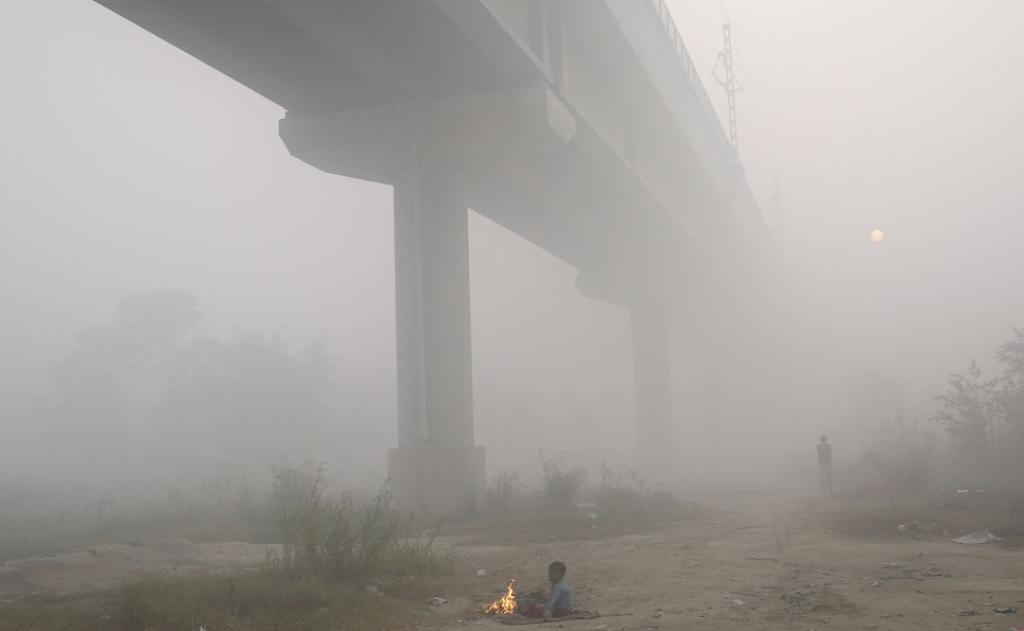 India, and especially its capital, Delhi, have been annual witnesses to apocalyptic-looking winters in the past half-decade. Delhi’s residents have especially gasped for air as smoke from paddy straw fires, Diwali firecrackers, industrial and vehicular emissions have besieged their city every year.

Now, the latest report by the Intergovernmental Panel on Climate Change (IPCC)’s latest report released August 9, 2021 has certified what we all feared: Air pollutants continue their meteoric rise across India and other parts of south Asia.

The concentrations of lethal air pollutants such as sulphur dioxide (SO2), nitrogen dioxide (NO2), ammonia (NH3), ozone (O3) and Particulate Matter2.5 are at their highest in south Asia, when compared to other parts of the world.

The revelation came in Chapter 6 of the Sixth Assessment Report of the IPCC. The chapter is titled Short-lived climate forcers (SLCF).

SLFCs are different from greenhouse gases like carbon dioxide, the effect of which on the climate endures till centuries. But the effects of these compounds are short-term.

They have a warming or cooling effect on the climate. Gases such as methane (CH4), O3 and NH3 have a warming effect. Other SLCFs that warm climate include soot, also known as black carbon. These do so by absorbing energy.

On the other hand, aerosols are tiny particles that include sulphates and nitrates (like SO2 and NO2) that cool the climate by reflecting sunlight.

The report by the IPCC noted that a major geographical shift had taken place in SLCFs from the 1950s to the 1980s. During this period, North America and Europe had dominated SLFC emissions.

However, starting from the 1990s, Asia became the leading emitter due to strong economic growth in many of its countries.

On the other hand, SLCF emissions declined in the West due to air quality legislation and declining capacity of energy intensive industry.

Meanwhile, in Asia, SO2 emissions increased in China till 2005 but declined after that. India and south Asia, on the other hand, have been seeing a continuous rise in SO2.

NO2 concentrations have grown 50 per cent over south Asia due to the rapid expansion of the power sector in India, the report said.

At the same time, it noted that NO2 concentrations had started decreasing since 2011 due to a slowing economy and implementation of cleaner technologies.

Northern India or specifically the Indo-Gangetic Plain was one among three large agricultural regions along with the US Midwest and Central Valley, where high ammonia concentrations were seen due to large-scale burning of biomass.

Similarly, south Asia, east Asia and west Asia experienced the highest surface ozone levels of all regions. The same three regions had high concentrations of PM2.5. The major sources of PM2.5 in India were biomass and coal fuel-based cooking and heating, with secondary contributions from energy and industry.

The only SLCF that India showed a decrease in was black carbon. Studies based on observations from rural and background sites had reported decreasing black carbon aerosol trends in the Arctic, Europe, the US, Japan and India, the report said.

The document noted that climate change and air quality were intricately linked. Effective decarbonisation strategies could improve air quality but could not bring it to the levels advocated by the World Health Organization, especially in Asia.

For reducing SLCFs, additional policies such as access to clean energy and waste management would be needed, the report said.