Last winter, the Delhi-NCR suffered one of the worst bouts of pollution. The entire region was in the grip of haze and smog. The last few days in the National Capital Region do not spring any hope that the dreadful episode will not come back to haunt us. Anti-pollution masks are already out in the Delhi-NCR region. As the air quality plummets to ‘poor’ level, people are advised not to stay outdoors for long. This has become a trend every year during the transition from harvesting Kharif crops and sowing Rabi crops.

The air quality in Delhi and some cities in Uttar Pradesh plunged in the last fortnight as farmers started burning the leftover stubble after paddy is harvested. NASA EARth Observatory shows a stark change in number of fire incidents in Haryana and Punjab between September 25 and October 11. In fact, some places in Punjab recorded more than 150 incidents in a day.

The NASA map makes it evident that fire incidents are concentrated in two states—Haryana and Punjab—with an average of 40-70 fire incidents in a day. However, data from Haryana Pollution Control Board reportedly suggests that farm fires (180) from September 25 to October 10 were 50 per cent lower than during the same period (343) last year. 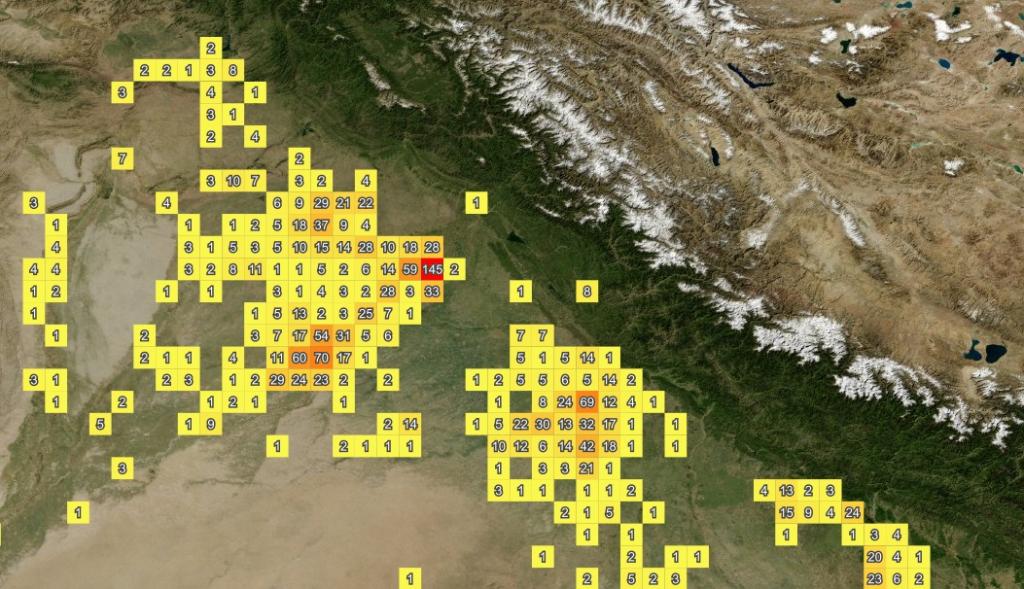 According to media reports, farmers, who continue to burn stubble despite a ban, claim that they are forced to do this as they have no alternative. There have also been complaints about an acute shortage of ‘Happy Seeder Machines’ due to their high cost. By doing in-situ straw management, these machines reduce the scope of stubble burning.