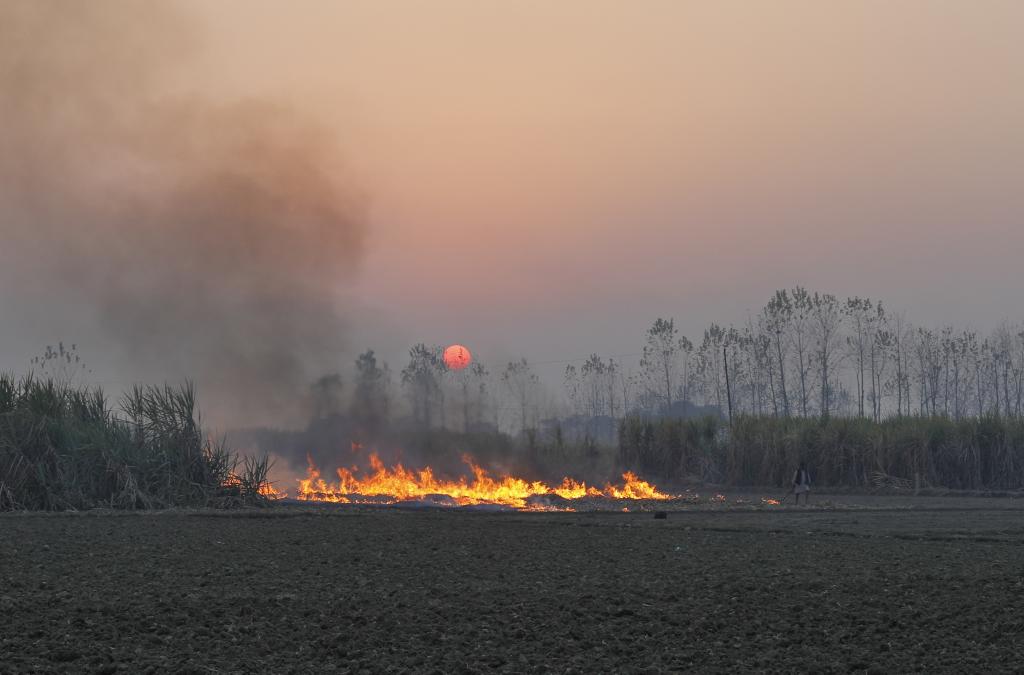 Delhi’s Air Quality Index (AQI) for the past 24 hours averaged 296 points — just a few notches to ‘very poor’ category. For most part of the day, in fact, the Capital’s air remained ‘very poor’ as winds were calm.

Calm winds hamper ventilation, hampering the dispersal of pollutants and trapping them in the atmosphere.

The deterioration in air quality could also be attributed to the increase in stubble-fire counts in Haryana and Punjab October 21, 2020.

The SAFAR (System of Air Quality and Weather Forecasting and Research) website, under the Union Ministry of Earth Sciences, presented a season-topping count of 1,428 fires. Burning stubbles accounted for about 9 per cent of the city’s particulate matter (PM) 2.5 concentration.

The concentration of toxins PM2.5 and PM10 was more than double the safe limits (50 and 100 microgramme per cubic metre) prescribed by the World Health Organisation respectively.