But the budget not including personal vehicle taxation as a measure to address explosive increase in cars and two-wheeler numbers is disappointing, says think tank 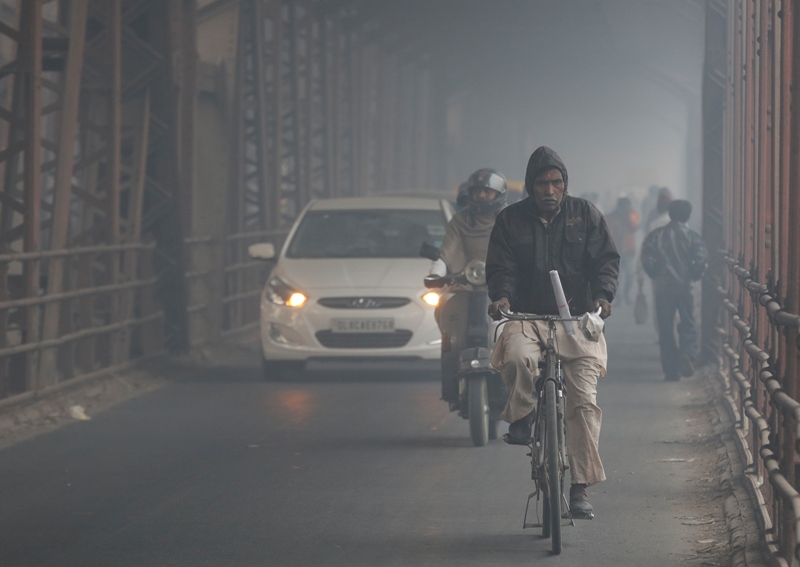 Delhi-based think tank Centre for Science and Environment (CSE) has welcomed the focus and thrust of the new budget of the Delhi government on safe, accessible and integrated public transport system including walking and cycling facilities to reduce vehicular pollution in the city.

In a press release, the organisation said that it appreciated the Delhi government’s efforts to tackle pollution in the National Capital Region.

As per the new budget, Delhi will add 3,000 new buses with substantial technical and service level upgrades including electronic ticketing machines, common mobility card, and passenger information system. About 11 Public Works Department roads are listed for redesign to create walking and cycling facilities to reduce congestion. It has also proposed to promote para transit in the form of e-rickshaws and feeder buses for metro.

CSE said it also appreciated the plan to expand air quality monitoring; action on road dust through comprehensive road management; and new facilities for recycling of construction and demolition waste.

However, the organisation did express its disappointment on certain aspects of the budget. For instance, it pointed out, the budget had not proposed to use tax measures to restrain rapid increase in car ownership and usage that could have also helped to generate revenue for pollution control efforts. Secondly, CSE said that state taxes on cars and fuels in Delhi were among the lowest in the country. But this had been ignored even when Delhi’s Minister of Finance Manish Sisodia had mentioned that Delhi’s per capita income was three times more than the national average. Global experience, said CSE, showed that a public transport augmentation plan needed to be rolled out with restraint measures in which taxes had a big role to play.

Thirdly, while the budget speech had acknowledged that ‘traffic jams are a big problem’ and that the ‘odd and even formula had drawn international attention’, all this had not been carried forward to provide fiscal solutions to curb motorisation needed to control pollution and congestion.

Delhi, said CSE, had already thrown up important lessons on fiscal measures to curb pollution and congestion from the environment compensation charge on trucks that had been so effective in reducing truck traffic and pollution load.

The organisation said it would like to see a more integrated planning of transport and road infrastructure and not a piecemeal and disconnected approach of high speed elevated corridor for vehicles and buses. There was an urgent need for integrated public transport network planning. This was needed to achieve the Master Plan target of 80 per cent public transport ridership by 2020.