Delhi chokes as its government fails to deliver

Nearly three years into power, the AAP government is yet to deliver on the promises it made before the 2015 elections to clean Delhi’s air 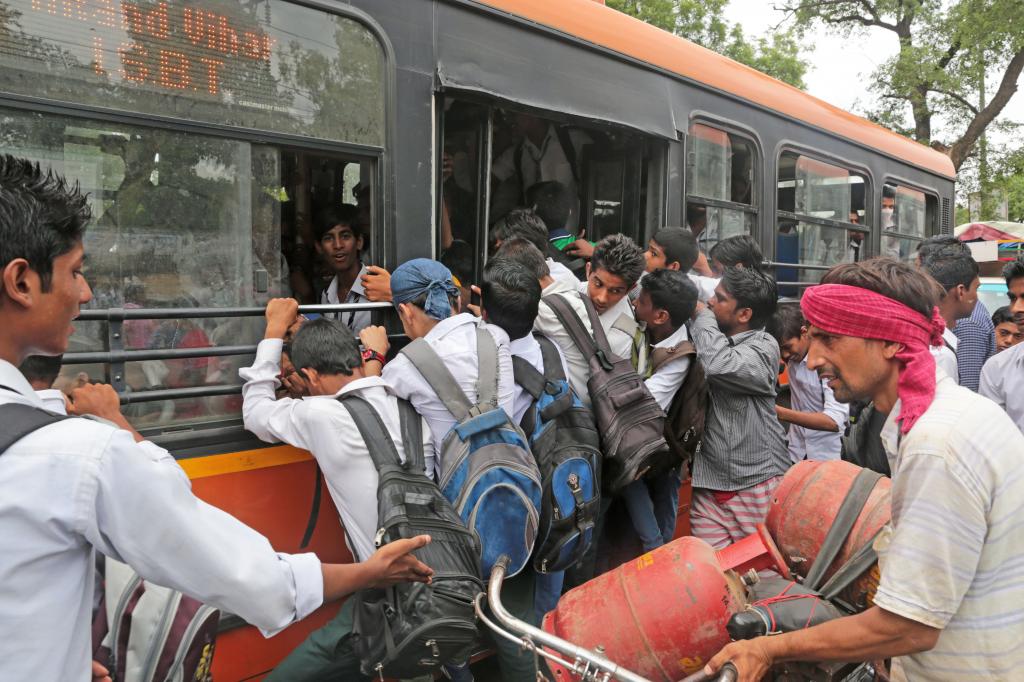 At a time air pollution level in Delhi has been classified as “a public medical emergency” by the Indian Medical Association, Chief Minister Arvind Kejriwal blamed crop burning in neighbouring states for turning Delhi into a “gas chamber”. However, the current situation could have been contained had the Delhi government even met its own promises made in AAP’s 70-point Action Plan before the Assembly elections in 2015.

After all, air pollution causes 3,000 premature deaths in Delhi every year—or eight deaths a day. Also, one in every third child in Delhi has reduced lung function and high propensity for increased pulmonary haemorrhage, as per a study by the Supreme Court-appointed Environment Pollution Control Authority (EPCA).

See Interactive: Waiting for the bus

93% vehicles on Delhi roads are private-owned: As on January 1, 2017, Delhi had over 10 million registered vehicles, of this 9.48 million is private-owned, as per Delhi Transport Department. In contrast, Delhi has a working population (20-59 years) of 9.6 million, as per Census 2011.

Unified Transport Authority for better planning for all forms of transport including the metro, buses, auto rickshaws, rickshaws and e-rickshaws

More than two years after the announcement, the authority has not yet been set up

Extend and develop the ring rail service in Delhi

Newspaper reports in October 2017 suggest plans have been drawn to revive Delhi's 35-km ring railway by constructing elevated tracks as well as modernizing and redeveloping stations. The ring railway, constructed in 1975 to bypass the crowded Old Delhi, New Delhi and Hazrat Nizamuddin stations, has the potential to decongest stations in Delhi.