According to EPCA, the government has not done sufficient work to detail out the proposal for induction of 1,000 e-buses and their necessary infrastructure 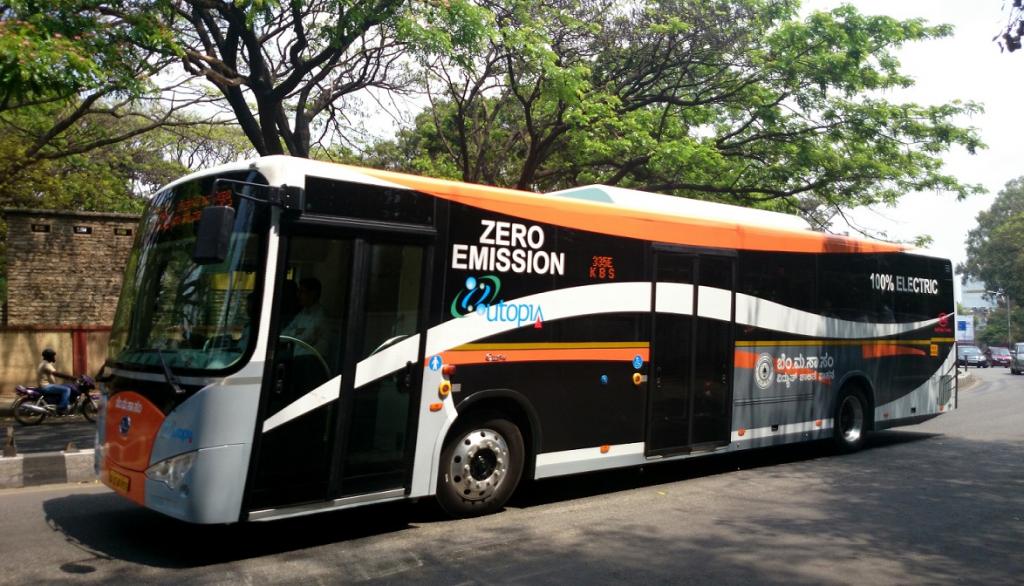 There is a concern that companies will bring outdated technologies into India without clear specifications on engine and battery technology. Credit: Wikimedia Commons

The Delhi government has not done sufficient work in detailing out the proposal for induction of 1000 low-floor fully electric buses and its necessary infrastructure to mitigate air pollution, the Environment Pollution Control Authority (EPCA) has made this observation recently after evaluating the interlocutory application (IA) filed by the government regarding utilisation of funds deposited under the Environment Compensation Charge (ECC).

On May 14, the EPCA convened an urgent meeting to discuss the proposal and concluded that it is not in a position to recommend that the Supreme Court should clear the proposal as given in the IA of the Delhi government because of reasons more than one.

Technology challenge also emerges when it comes to the type of bus to be inducted and its specifications. Currently, Central Motor Vehicle Rules (CMVR) provides specifications for electric buses. But experts are of the opinion that these rules are lacking in terms of engine and battery technology. There is a concern that companies will bring outdated technologies into India without clear specifications on these critical issues.

On reviewing the past budgets of the Delhi government (as available on the website), EPCA found that over the years, funds have been allocated for transport department, which included procurement of buses in the GNCTD budget (see Table). However, fleet augmentation did not happen. 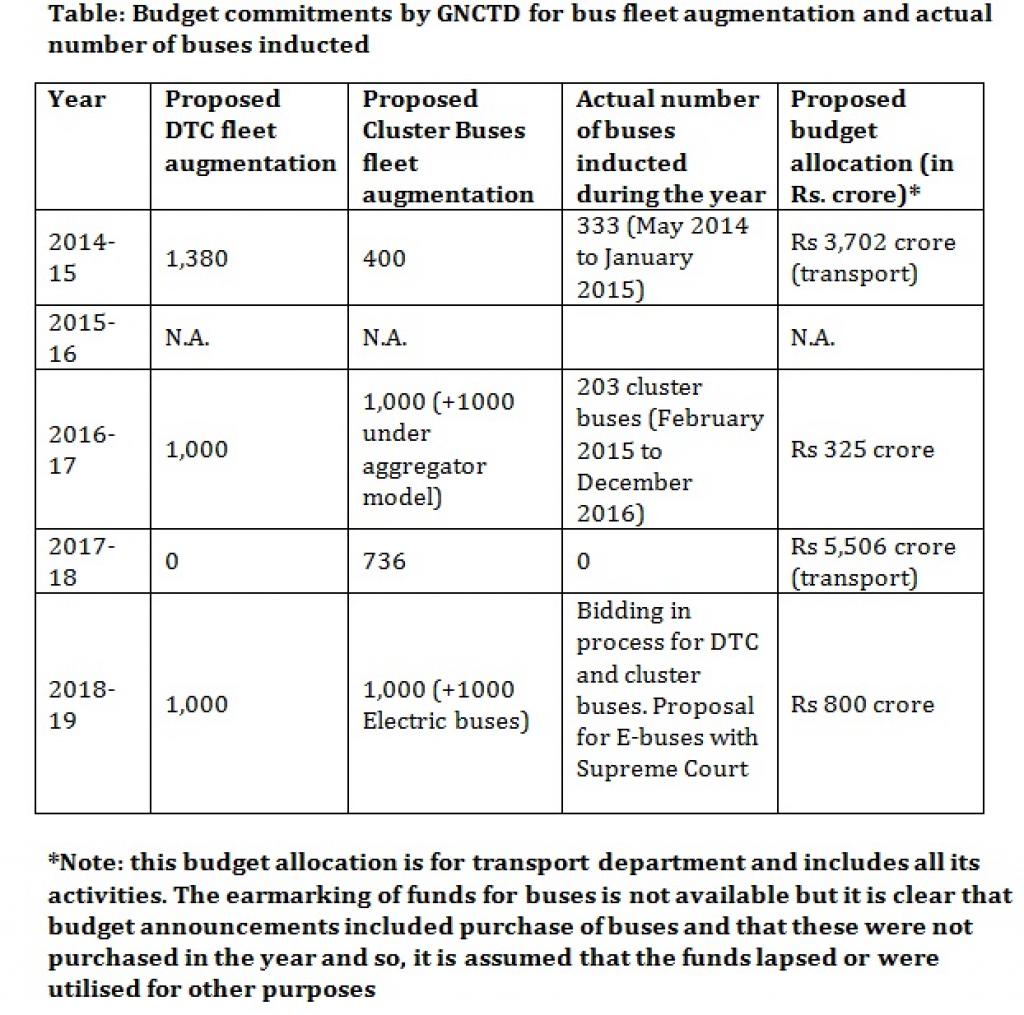 Therefore, it can be assumed that the allocated and earmarked funds for bus procurement lapsed at the end of the budget year. According to the IA that the government had filed, the total funds deposited under ECC as of April 12, 2018 is Rs 999.25 crore.

The EPCA notes that the experience of e-buses in the entire country is limited and the transition to e-vehicles has only just begun. “Therefore, to be ambitious and bold requires more detailing so that the chance of success is improved,” reads the EPCA’s report on findings.

It also noted that Delhi government’s past track record of inducting conventional CNG buses (from 2000 onwards) has been lacking. Therefore, providing better design and detail for this project is now even more imperative. After deliberating on the proposal and identifying issues, EPCA demanded that Delhi government must provide information about the availability of such buses, their specifications, and infrastructure requirements and technology.

Over the past few years, the government has not inducted significant numbers of buses. Even now, there is uncertainty over whether the tenders floated for DTC bus fleet will fructify. “In this scenario, every effort must be made to ensure that there is sufficient detailing so that the chances of success increase or are guaranteed,” EPCA concludes.

Delhi is in dire need of buses. It has about 50 per cent deficit in required numbers. Introduction of e-buses will be a significant step after CNG buses in Delhi, but government needs to prepare a better plan for procurement and deployment covering all necessary details of financial, operational, and technological aspects because it is going to be an expensive project and with a large order. Therefore, better returns must be gained with this investment.