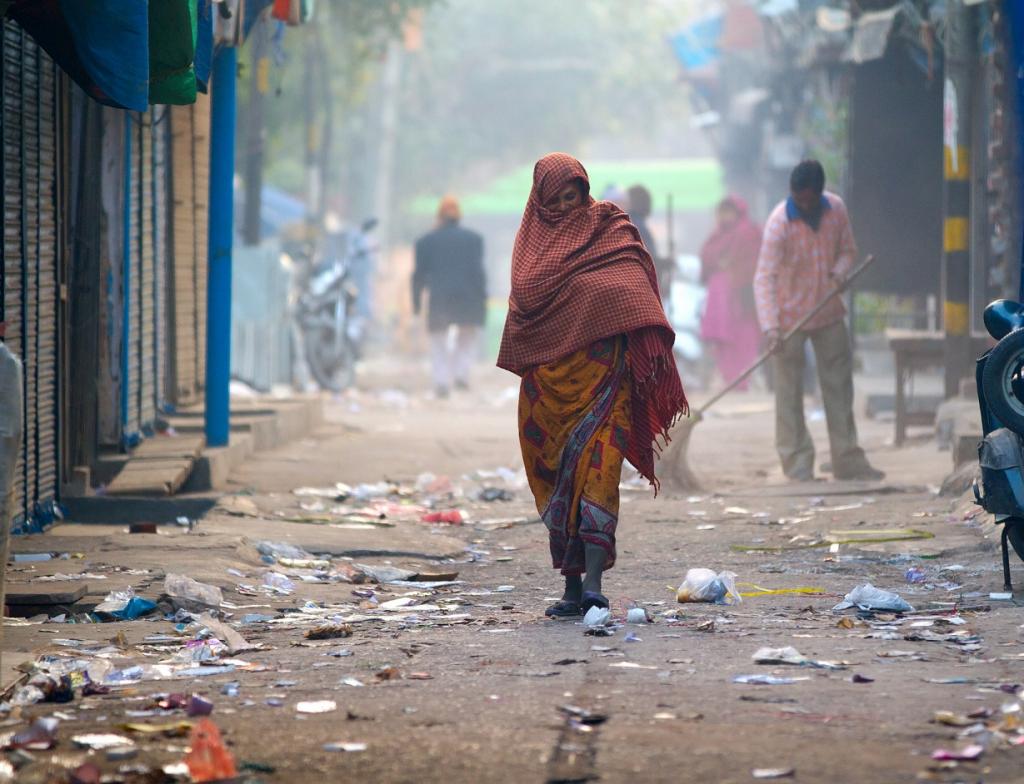 It is only recently that the Delhi government floated tenders to procure machines for vacuum cleaning roads. Credit: BDphoto1 / Flicker

Delhi needs short-term emergency action and strict enforcement of Supreme Court’s directives for  effective control of toxic and dangerous air pollution, according to the report submitted by the Environment Pollution Prevention and Control Authority for National Capital Region (EPCA) today (November 7, 2016) to the Supreme Court. Urging the government to treat this smog episode as a public health emergency, the report stated that actions on the court’s directive are lax and “do not recognise the urgency of toxic air pollution, particularly in winter months”.

Some facts about Delhi’s air quality

Extremely high pollution in Delhi is a combination of huge numbers of vehicles, unchecked construction and road dust, garbage burning, Diwali crackers, burning of paddy residue by farmers in Punjab and Haryana and a near still weather conditions with very low wind speed. 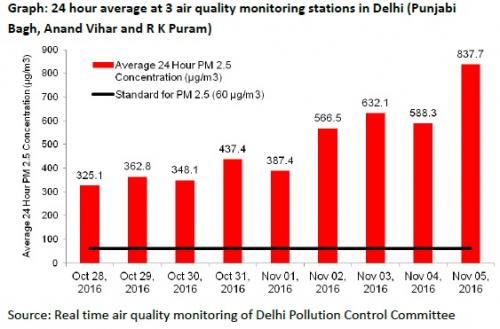 Priority actions for control of pollution in winter are as follows:

The Delhi government has announced a slew of measures, but it must take further steps like re-introduction of odd-even scheme and further restrictions on commercial vehicle entry if pollution is not reduced within the next 48 hours.

The report urged the Delhi government to issue daily health advisory by clearly stating the health risks of pollution based on the smog level. The advisory needs to inform people to keep children and those suffering from heart and respiratory ailments and chronic obstructive pulmonary disease (COPD) indoors and avoid outdoor exercises.

With current levels of pollution being extremely toxic and extremely hazardous for human health, the report called on the Punjab and Haryana government to take all steps to incentivise and penalise farmers so that paddy burning is checked.

Diverting non-destined traffic by Haryana and Uttar Pradesh: While Delhi government has severe staff limitations to keep up the active diversion of vehicles, Haryana had ensured diversion of a total of 600,880 vehicles between January 21 and April 25, 2016 by setting up 13 check posts. Uttar Pradesh has also taken steps to set up check posts and billboards about the diversion of traffic not bound for Delhi.

Upgrading alternative bypass:  After the Supreme Court’s directions for the speedy commissioning of the two expressways—Eastern and Western Expressways—to bypass Delhi, EPCA conducted a study and discovered that these key words are in “critically sub-standard conditions” and the progress is not satisfactory.

Installing RFID for effective ECC collection: The Supreme Court had directed installation of Radio Frequency Identification (RFID) at 13 entry points into Delhi from where 80 per cent of the traffic comes. The Delhi government is now finalising the document with South Delhi Municipal Corporation (SDMC) and after this is done, the tender will be floated. The transport department is also in the process of sanctioning Rs 120 crore over 5 years to SDMC for RFID installation at the 13 entry points into Delhi

Augmenting bus fleet and metro: According to the assessment done by the EPCA, the Delhi government is in possession of 68 acres of land and other depot lands to accommodate more than 2000 additional buses. The DMRC, on February, had promised to commission 135 km of extended metro network in Phase III by December 2016.

Controlling pollution through construction activities: While the EPCA has developed an accountability mechanism and created a guidance note for inspection of such sites, enforcement is lacking.

Checking road dust: It is only recently that the Delhi government floated short-term tenders to procure such machines, although the process of vacuum cleaning the roads should have started in April 2016.

Imposing ECC on private diesel cars above 2000 cc: The ECC is being collected at the rate of one per cent of the ex-showroom value of all new diesel cars registered in NCR. As on November 1, 2016, the total collection stands at Rs 8 crore. The EPCA has recommended using diesel cess for providing subsidy to farmers for upcoming Kharif harvesting season.

There’s hardly any headway when it comes to closure or transition to alternative fuel by Badarpur Thermal Power Plant and issues like waste burning. It has also come to pass that the government has spent only about eight per cent of the budgetary allocation (financial year 2016-17) of Rs 78 crore towards protecting environment.