Despite appeals and fines, paddy crop residue burning on the rise in Punjab

Data from state pollution control board reveals increase in incidents 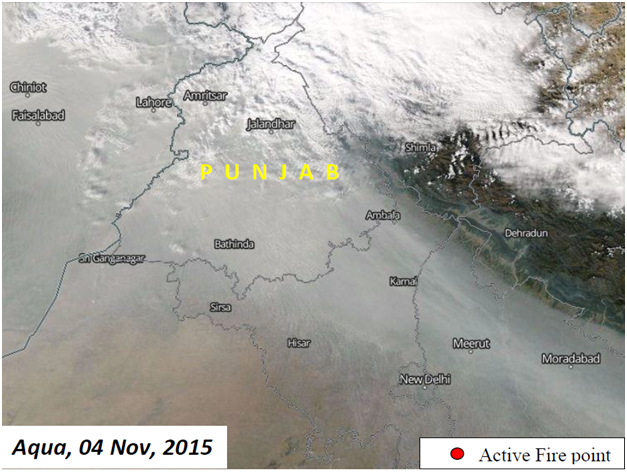 A recent update from the Punjab Pollution Control Board (PPCB) shows that regardless of the measures taken by the state government, the burning of paddy crop residues in Punjab has increased since the end of October, reaching the season’s high in terms of the number of incidents.

As reported here, the Supreme Court-appointed Environmental Pollution (Prevention and Control) Authority (EPCA) had mandated the Punjab and Haryana governments to monitor the status of crop burning in their respective states and report back. The EPCA has asked the state pollution control boards to monitor the issue through their remote sensing technologies. The use of satellites to scrutinise the issue plays a vital role in the identification of major offenders on the ground and subsequent penalisation.

As per the data provided by the PPCB, the total number of incidents of crop burning during the period of October 15 to November 4 has decreased from 7,379 in 2014 to 4,118 in the corresponding period this year. This represents a 44 per cent decrease. However, it must be remembered that the EPCA meeting on November 4 mandated emergency measures and outlined a “publicity and penalisation” approach for both the Punjab and Haryana governments. Considering that the Punjab government was on an offensive against crop residue burning this year, it must be noted that there has been a 68 per cent increase in the number of weekly incidents since October 28. 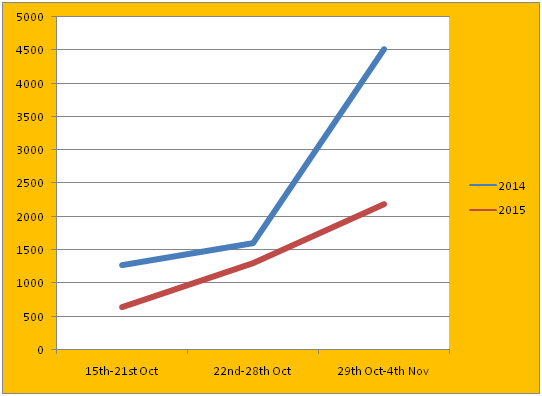 Within the state, the numbers of incidents were highest in the districts of Firozpur, Patiala, Muktasar, Jalandhar and Kapurthala. On a positive note, Sangrur, Fazilka and Moga districts saw a reduction of over 60 per cent in the rate of incidents since 2014. On the other hand, both, Pathankot and Amritsar saw more incidents of crop residue burning in 2015 than in 2014, while Gurdaspur showed no improvement or decline.

What is interesting about the PPCB data is that it shows that the phenomenon of paddy residue-burning occurs in stages across states and specific districts show higher incidents of crop residue burning during specific weeks of the paddy harvest season of October end-November beginning. The burning peaks, as seen by trends from last year as well as this year, are in the first week of November when most farmers are readying their fields for cultivating wheat. The level of detail provided by the state’s remote sensing techniques can help in formulating a state-wide staggered response to the phenomenon through identification of the districts with the best outcomes—the leaders and the ones that need to adopt best practices from the administrative authorities of the leaders.