While absolute level of pollution increases risk, vulnerability is enhanced due to resource poverty 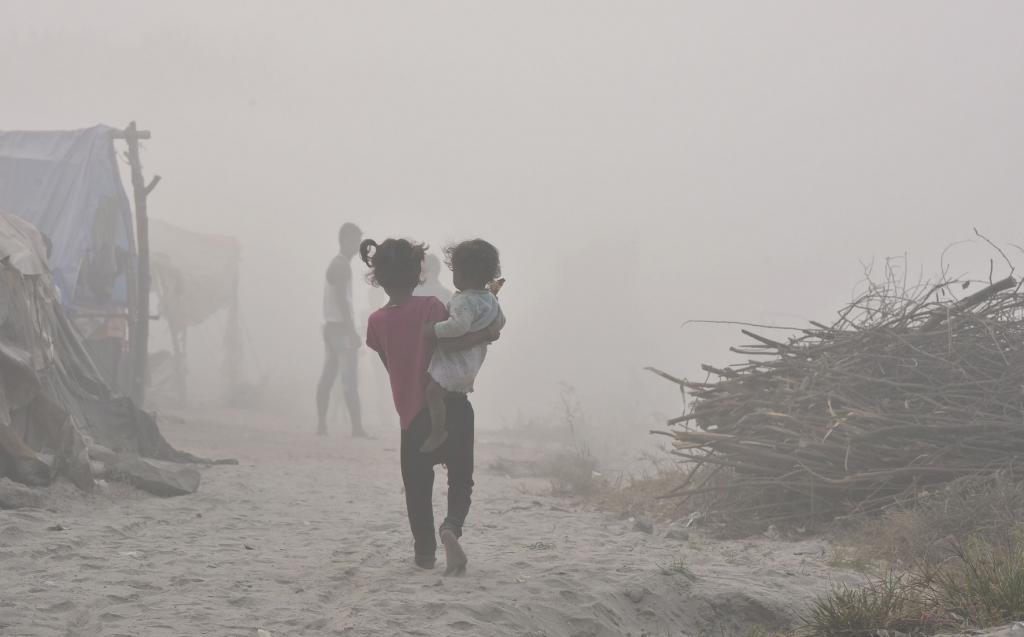 It will be suicidal for India to not act on the mounting health evidences globally and ask for more evidences from our own children. Credit: Vikas Choudhary / CSE

If this does not wake us up what will? The World Health Organization (WHO) has pressed the alarm exposing that children below five years are at the highest risk from filthy air and dirty water across the world. Environmental risks, including indoor and outdoor air pollution, second-hand smoke, unsafe water, lack of sanitation and inadequate hygiene, have taken lives of 1.7 million children under the age of five, globally. Polluted air kills the highest number of children (570,000)—who die from respiratory infections like pneumonia—dirty water kills another 361,000 children who die of diarrhea and 200,000 die due to malaria. More than quarter of these deaths is immediately avoidable if we do the clean up job well.

Further analysis of the new data from the WHO shows that India’s scorecard is particularly dismal among the five rapidly growing BRICS countries: India, China, Brazil, Russian Federation and South Africa. In this group, India fares the worst not only in terms of number of deaths but also on BRICS indicators of social development that determine the quality of life, including access to clean air and water and clean energy and technology.

Number of children dying below five years per 100,000 people due to all environmental risks in India is 248.14, which is the highest among BRICS countries. This is close to three times higher than China and about two times higher than South Africa, which ranks second. Even air pollution-related deaths are the highest in India among its peers. Close to 48 children below five years die per 1000 live births in India due to air pollution compared to 10.7 in China, 16.4 in Brazil and 40.5 in South Africa. Lowest numbers of deaths related to particulate pollution are in Russian Federation. India’s annual mean particulate concentration in urban areas is the worst among these four big rapidly growing developing countries.

High death tally among children is inevitable as India also performs poorly on key parameters that determine the quality of life and health security for children. Those who are on denial of environmental pollution-related deaths and illness in India should understand that while the absolute level of pollution increases risk, the vulnerability is enhanced due to resource poverty. Large-scale malnourishment and poor access to clean environment increase vulnerability several fold. The percentage share of children (between 0-59 months) who are stunted in India is as high as 47.9 per cent—close to half. This is unacceptable. In contrast, the share of undernourished stunted kids is only 9.4 per cent in China, 7.1 per cent in Brazil and 32.9 per cent in South Africa.

Table 2: India performs poor on access to clean environment among the BRICS countries

The scary death tally of children makes a mockery of India’s growth story. After the release of the new global burden of disease estimates few weeks ago, the Environment Minister Anil Madhav Dave had told the Parliament that “Health effects of air pollution are a synergistic manifestation of factors such as food habits, occupational habits, socio-economic status, medical history, immunity, heredity etc of individuals." Ironically, the new WHO report is actually pointing that out saying that India’s urban poverty, large-scale malnourishment and resource poverty are worsening vulnerability and the health risk from environmental pollution, including rising air pollution.

All the national socio-economic surveys and census are repeatedly bringing out how poorly India fares on most indicators of social development that enhance health risk. The environmental regulators ignore and delink socio-economic indicators from the data on environmental pollution and thus, fail to understand the magnitude of the health burden because of this. Given this vulnerability, India will have to do a lot more to reduce pollution and not less of it.

It will be suicidal for India to not act on the mounting health evidences globally and ask for more evidences from our own children, elderly and vulnerable, making them the guinea pigs. American lung is not different from Indian lung. Children’s health has already been compromised in our cities as the large-scale study of our very own Central Pollution Control Board has already shown in Delhi. Every third child has impaired lungs; there are signs of pulmonary hemorrhage in large number of children. There are scary photo evidences of changes in lungs that have taken place among children of Delhi. It is not about trusting the data but about believing in the data to act and take stringent action to protect children and us.