Diwali amid COVID-19: Will West Bengal have a firecracker-free Kali Puja

The state dilly-dallys despite a high court directive even as environmentalists seek strict action against violations; is the fire cracker makers lobby to blame? 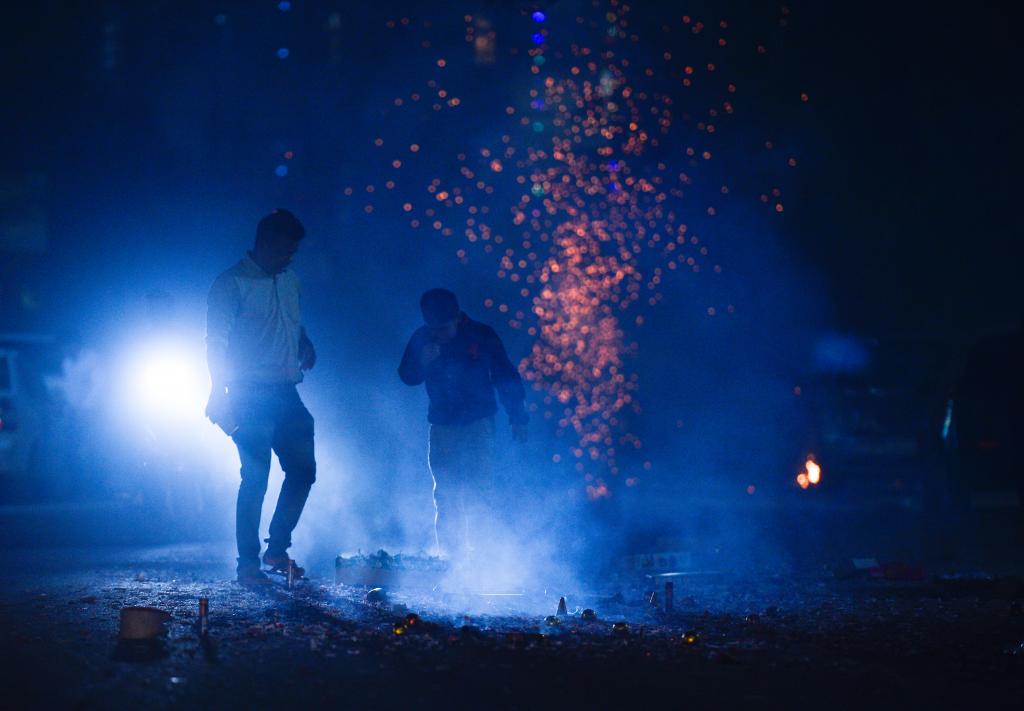 Firecrackers have always been a cause of concern in Kolkata; this year, the novel coronavirus disease (COVID-19) pandemic has increased the threat perception. And environmental activists in West Bengal fear for the worst despite recent constructive developments.

Fireworks during Kali Puja / Deepavali has been a cause for concern regarding air and noise pollution in the state, like in several other parts of India. Bengal also has a history of cracking down, egged on by activists and the judiciary, against such pollution.

This year, however, the state has hesitated in such crackdown against firecrackers. The Mamata Banerjee government has limited itself to appeals to the public for not bursting crackers.

The Calcutta High Court November 5, 2020 took it upon itself to impose a blanket ban on fireworks in the state through the month, acknowledging their possible impact on the health of COVID-19 patients. The green lobby, however, doubts the order would be effectively implemented.

Previous such judicial interventions, even those by the Supreme Court, have been routinely flouted. The fireworks lobby has reportedly flaunted political patronage.

Is enough being done

The demand was for a complete ban on fireworks this season — Several physicians and environmental groups wrote to Chief Minister Banerjee. The yield:

The next day an HC division bench responded to a public interest petition and directed:

“Only wax or oil-based diyas would have to suffice” for this festival season — also covering Jagaddhatri Puja, Chhat and Guru Nanak Jayanti — ordered judges Sanjib Banerjee and Arijit Banerjee.

The Bench also did an encore of their Durga Puja order, declaring 5 meters from the pandals ‘no entry zones’.

State pollution control board (PCB) Chair Kalyan Rudra told Down to Earth that the court order was critical, but “we also await the National Green Tribunal’s order (scheduled for November 9) about the firework ban covering all air pollution-wise non-attainment cities.”

The tribunal’s principal Bench has already sought responses from the governments of Delhi and neighbouring states.

The fireworks lobby may try to appeal the Bench, sources said.

How bad can it be

Doctors expect pollution from fireworks — expected to be more this year due to a delayed Diwali — to seriously hurt COVID-19 patients.

Burning crackers emit sulphur dioxide, various oxides of nitrogen, carbon monoxide and carbon dioxide — all of which affect the lungs.

“While SO2 directly irritates the respiratory system, oxides of nitrogen enhance oxidative stress and erode the protective mucosal layer of lungs, increasing the risk of attack from viruses like SARS-CoV-2 (the novel coronavirus)” pulmonologist Arup Haldar said.

There are other concerns too.

The levels of such pollutants are anyway high in winter.

A delayed festival season is expected to make this Diwali drier and colder, which can magnify the impact, said India Meteorological Department regional director GK Das said. Kolkata was already under a cold spell, he added.

“Colder temperatures would lead to thermal inversion phenomenon — cool air, along with a high load of pollutants, would remain close to the surface,” Datta said. Such a trend, coupled with almost-stagnant air, leads to highly polluting air bubble. Fireworks enhances the toxicity of such bubbles, he explained.

“Heightened pollution is deadly not only for current COVID-19 patients but also for those who are now free of infection,” said pulmonologist Alok Gopal Ghosal.

“We wholeheartedly welcome the HC order but doubt the administration would be able to fully execute it,” said environmentalist Subhas Datta. He urged the government to book offenders appropriately, not let them off lightly like in previous years.

The state pollution control board filed first information reports with the police against 11 highrises and housing complexes for flouting green norms on Diwali night; hardly any action has been taken.

“Several years of civil-society monitoring on Kali Puja / Diwali nights have shown us that the 10 pm deadline for fireworks set by the SC was routinely violated and the administration kept its eyes shut,” alleged Naba Dutta of Sabuj Mancha (green stage).

“we will keep a watch and bring violations to public platforms,” he said, adding that political considerations may make the administration go slow.

“It will be impossible to implement the HC order unless selling of fire crackers is stopped immediately,” said Biswajit Mukherjee, earlier chief law officer of the PCB. All concerned departments, particularly the police and PCB, have pivotal roles, he added.

Mukherjee expressed surprise on the Bengal government not restricting fireworks suo motu, like many others, but depending on the judiciary to bell the cat.

Violators may be booked under multiple acts, particularly the Disaster Management Act, the Environment Protection Act, the Air Act and even the Indian Penal Code as well as for contempt of court, pointed out Sabyasachi Chatterjee, who pleaded the HC case.

Soon after the HC order, some fire cracker makers were at a meeting at state secretariat Nabanna. More than 50,000 units manufacture fireworks and millions working there would be hard-pressed by any blanket ban, they argued.

PCB sources, however, peg the count of legal manufacturing units in Bengal at 31.

After their seemingly inflated claim, the fireworks lobby even urged the government to appeal against the HC order. Their “lakhs involved in the sector depend on Didi (CM Banerjee)”.

What she would do remains to be seen.