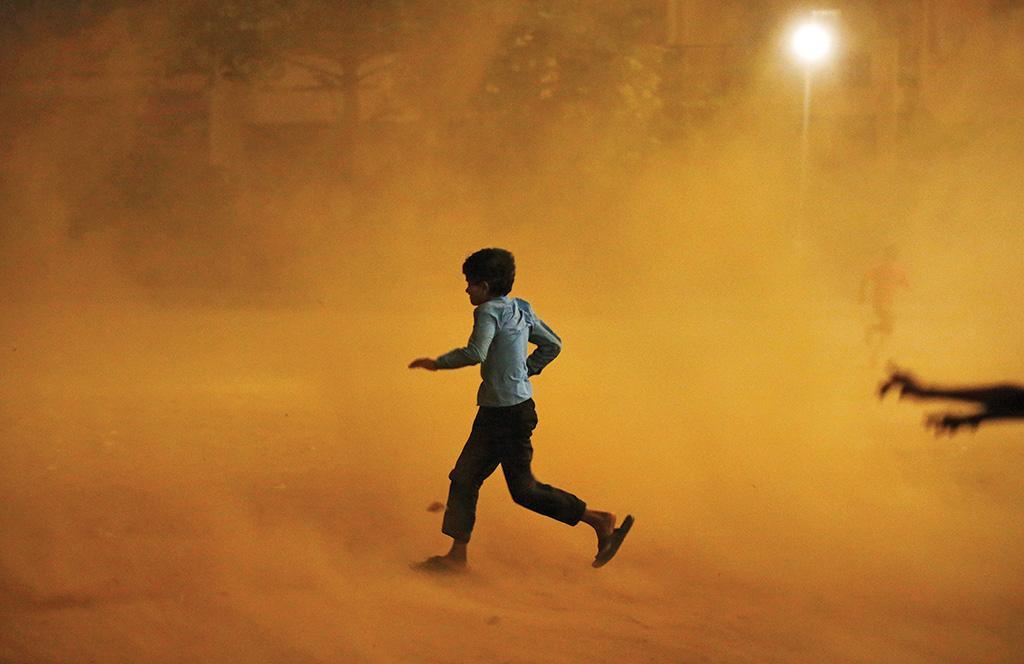 At 12pm today, Delhi’s average PM 10 levels remained at a worrying 838.95 ug/m3, indicating that the dust storm that hit the capital on June 12 has continued. The 24-hours permissible levels of PM 10— the concentration of particulate matter of diameter less than 10 microns – is 100 ug/m3 and the current levels can cause “respiratory effects even on healthy people and serious health impacts on people with lung/ heart diseases. The health impacts may be experienced even during light physical activity”. 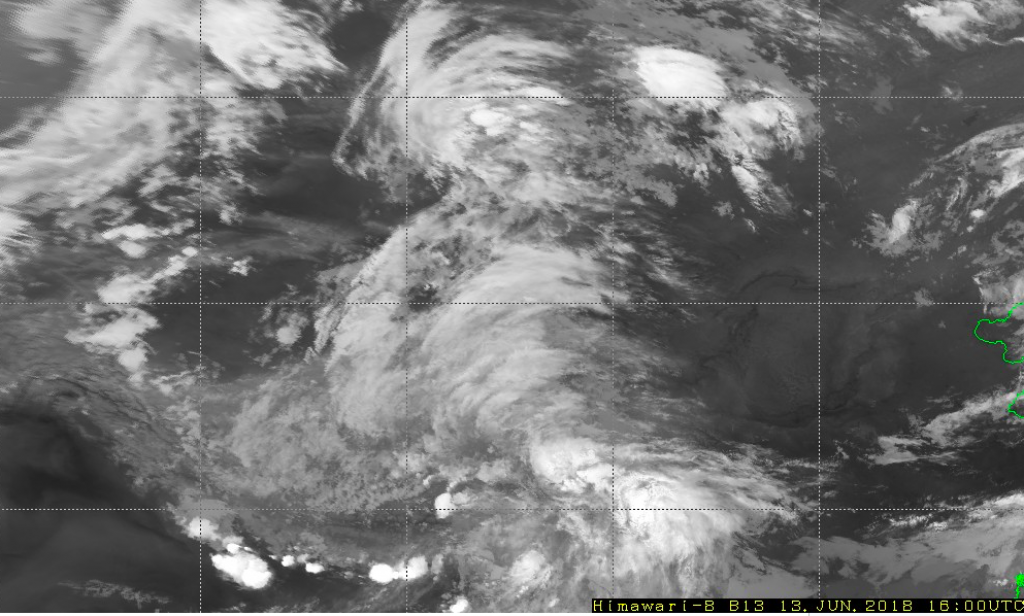 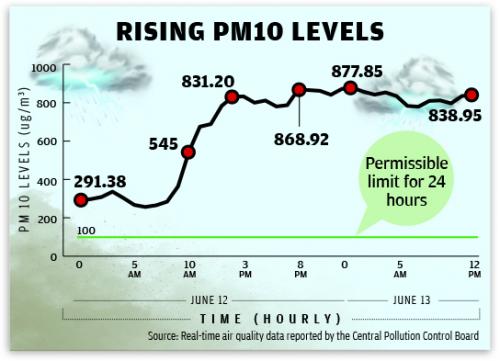 The poor air quality continued to rise on 13 June, with PM 10 reaching 877 ug/m3 at 1 am. Media reports suggest the dust storm, which was triggered by strong anti-cyclonic winds from the desert areas in west Rajasthan, will continue for the next few days.