Environmental body takes a number of decisions at workshop to discuss region’s brick kiln sector, which is a major cause of pollution 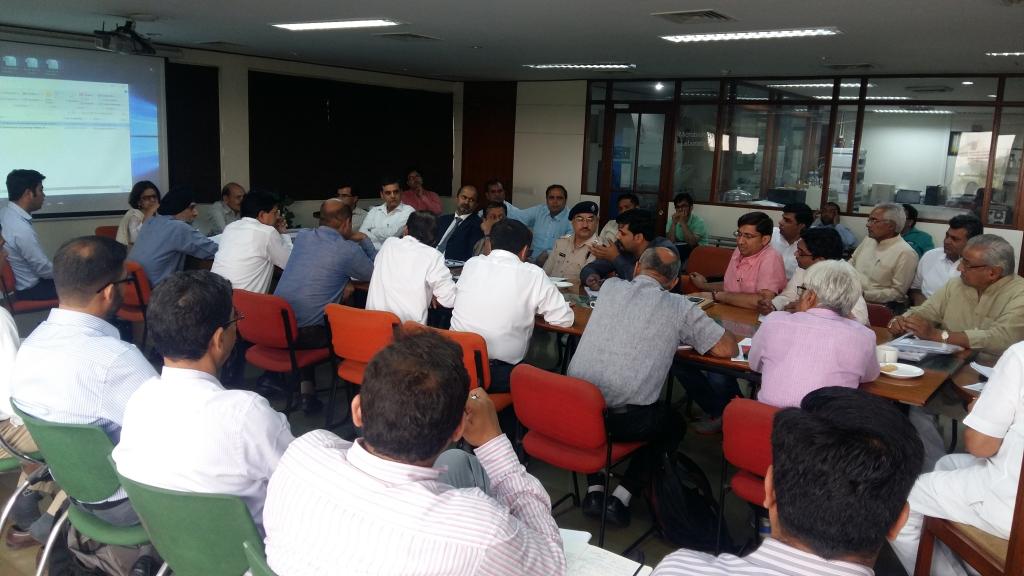 The Environmental Pollution (Prevention and Control) Authority (EPCA) has called for all brick kilns operating in the Delhi-National Capital Region (NCR) to shift to a “zigzag setting” among a number of recommendations for the sector at a recent workshop.

The workshop was held by the EPCA on May 24 to discuss the roadmap of the brick kiln sector in Delhi-NCR. The urban metropolitan agglomeration faces a severe air pollution problem especially during the winter season. Brick kilns have been identified as one of the major sources of air pollution in the region.

The Central Pollution Control Board (CPCB) and the EPCA have passed many orders for Delhi NCR’s brick kilns to improve their environmental efficiency and ultimately reduce their contribution to Delhi’s overall deteriorating air quality. The workshop was aimed at arriving at the best option available for brick kiln entrepreneurs. The meeting was attended by State Pollution Control Board officers from Haryana, Uttar Pradesh and Rajasthan, along with brick kiln entrepreneurs from Haryana and Uttar Pradesh and experts working in the field.

Brick kiln entrepreneurs in Delhi-NCR had been a confused lot lately. In December 2015, the CPCB ordered the conversion of all kilns to “induced draft”. In November 2016, it ordered the kilns to be converted to zigzag setting with induced draft. Finally, in February this year, the EPCA asked them to convert to zigzag setting. “We were confused with so many directions. We have come here to deliberate and be part of the decision-making exercise,” said Lal Singh, President, Haryana Brick Kiln Association.

The meeting began with discussion on the technology roadmap for brick kiln entrepreneurs in Delhi-NCR. Considering the high emission potential of Fixed Bed Bull Trench Kiln (FCBTK), the EPCA concluded that such kilns cannot be allowed to operate until and unless they are shifted to cleaner technology. A unanimous decision was taken to shift all existing kiln to zigzag in Delhi-NCR. “There is engineering involved in zigzag technology. The air spends more time inside the kiln, that’s why there is a good transfer of heat, low emission and high percentage of good quality bricks,” says Dinesh Kumar, Senior Scientist, Haryana State Pollution Control Board.

The next part of the discussion was on the type of zigzag to be adopted: natural or induced draft. Draft is responsible for the distribution of heat inside the kilns. Hot gases accumulating at the bottom of the chimney are lighter than the ambient air outside. The difference between the hot air inside and the relatively cooler air outside produces a pressure difference which is known as “draft”. In natural draft brick kilns, this is achieved by a chimney whereas in induced draft brick kilns, the air flow is controlled by a fan. “In natural zigzag, the draft created during winter is better. But during summer season, the draft reduces drastically due to reduction in temperature difference between atmospheric air and temperature of hot air inside the chimney. Therefore, the coal required during summer is higher than the coal required during the winter season,” says J S Kamyotra, Additional Director, CPCB.

Brick kiln entrepreneurs from Haryana and Uttar Pradesh supported Kamyotra. “We are ready to convert to induced zigzag technology. We request the EPCA to provide us a time-frame of three years for complete conversion of 1,900 odd kilns in 13 district of Haryana which fall under the ambit of NCR,” added Lal Singh. Vijay Goel, President Uttar Pradesh Brick Manufacturers Association announced that the 2,100-odd brick kilns in Uttar Pradesh’s part of NCR will convert to induced zigzag within three years.

Ramesh Kumar, a brick kiln entrepreneur from Baraut in Uttar Pradesh’s Baghpat added that he had been running natural zigzag for some time. The results were good in both, summer and winter. He was not in the favour of induced. “My experience says a natural draft kiln will work efficiently both in winter as well as summer,” added Sameer Maithel, Director, Greentech Knowledge Solutions.

Ultimately, the EPCA concluded the meeting with three recommendations: