Fiat accused of using emissions-cheating software, may have to pay $4.6-billion fine 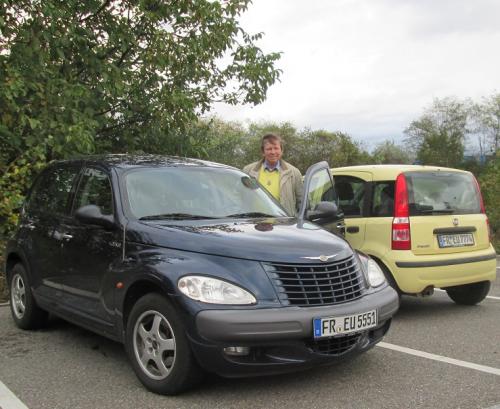 The US Environmental Protection Agency (EPA), on January 12, issued a notice to Fiat Chrysler Automobiles N.V. and FCA US LLC for allegedly violating the Clean Air Act. According to the EPA, the automaker installed and failed to disclose engine management software in Jeep Grand Cherokees and Dodge Ram 1500 trucks with 3-litre diesel engines sold in the US.

The undisclosed software causes increased emissions of nitrogen oxides (NOX) from the vehicles.

Currently, this software is installed in about 104,000 vehicles.

While Fiat Chrysler denied any wrongdoing, the EPA said that the company could be liable for fines of about $44,500 per vehicle, which would mean a total of about $4.6 billion

In a press conference, the EPA stated that at least eight types of emissions-control software on the vehicles had not been disclosed by Fiat Chrysler. While it stopped short of saying that the company’s software was designed to cheat emissions tests, they are continuing with their probe on what made the automaker not disclose the software.

The agency targeted model years ranging between 2014 and 2016, but ignored production of similarly-equipped 2017 model-year vehicles. Some of the software, according to the EPA, appeared to make cars perform differently during emissions tests.

"Failing to disclose software that affects emissions in a vehicle's engine is a serious violation of the law, which can result in harmful pollution in the air we breathe," said EPA official Cynthia Giles.

However, Fiat Chrysler had agreed to demonstrate that its emissions control strategies were justified and those were not "defeat devices" meant to skirt the emissions rules.

In June 2016, Volkswagen announced its decision of paying $14.7 billion to settle emissions-cheating cases. Few months later in August, Harley-Davidson Inc, the American motorcycle manufacturer, agreed to pay a $12 million civil fine after its motorcycles allegedly emitted pollution far more than what the company had certified to the EPA.