As per the idle emission test, the hydrocarbon emissions from CNG retrofitted two-wheelers are 75 per cent lesser as compared to their petrol-driven counterparts 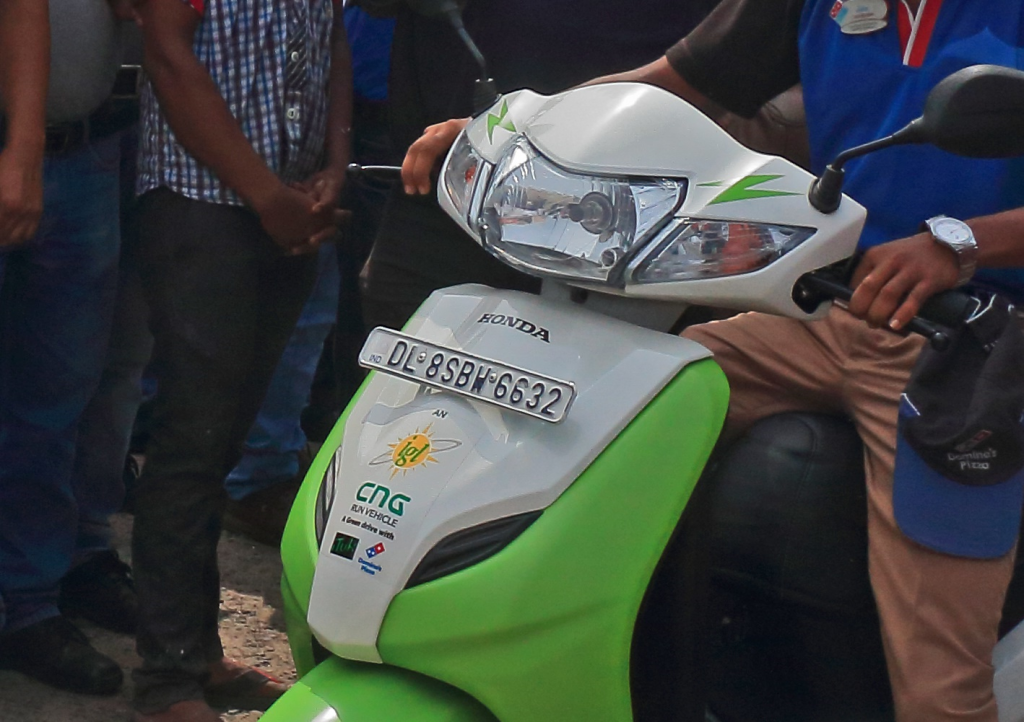 The central government, on Thursday, launched a pilot project to run two-wheelers on compressed natural gas (CNG) in a bid to curb pollution.

The Minister for Environment, Forests and Climate Change, Prakash Javadekar along Minister of State (in-charge) for Petroleum and Natural Gas, Dharmendra Pradhan inaugurated the first CNG station for two-wheelers in the country, located in New Delhi’s CGO complex, as a part of the programme. The project is being supported by Indraprastha Gas Limited and Gas Authority of India Limited.

According to petroleum minister Pradhan, these two-wheelers that belong to food chain Dominos Pizza, will be closely monitored by the authorities for overall performance for the first two months. “We will increase the number of two-wheelers to 50 in this place,” Pradhan added.

“We studied Bangkok where a similar experiment was successfully done about five years ago,” said an official from the petroleum ministry. The type approval of the CNG kit has been taken from Automotive Research Association of India (ARAI) as well as the transport department of Delhi government. The type approvals of all components, parts, assemblies in the kit have been received from Petroleum and Explosives Safety Organization (PESO), International Center for Automotive Technology (ICAT) and Automotive Research Association of India (ARAI), as applicable.

As per the idle emission test, the hydrocarbon emissions from CNG retrofitted two-wheelers are 75 per cent lesser and CO emissions are 20 per cent lesser as compared to their petrol-driven models. The kit comprises of two CNG cylinders of 4.8 litre water capacity each, which can be filled with up to 1 kg of CNG in each cylinder. These CNG retrofitted two wheelers can drive upto 120 kms in a single fill and are expected to be substantially economical as compared to a similar petrol-run vehicle at the current level of prices, according to the officials of Ituk Manufacturing India.

Addressing reporters, Pradhan said that the share of gas in India's fuel basket is just 7 per cent compared, against a world average of around 24 per cent. He added that with low prices of liquefied natural gas (LNG) and recent tie up for gas pipeline with Iran, the share of CNG and LNG will increase as compared to other fuels, curbing pollution. Expressing the Delhi government’s commitment to clean the region, the minister said that he has already written to Delhi Government to make Bawana Power Plant fully operational on LNG so that cheaper and clean power is made available, but no satisfactory reply has been received. He further added that 350 MW Badarpur Thermal power plant in the capital is polluting much more than the vehicles in the city. “I have been told by Delhi government officials that one year of emissions by Badarpur Thermal Power plant is equal to stopping all the vehicular emissions for 17 years,” he added.