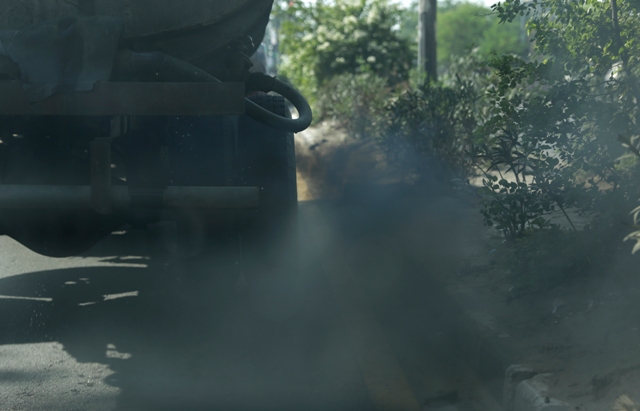 The Supreme Court has stuck to its order of imposing additional charge on trucks entering Delhi after hearing the petition filed by Municipal Corporation of Delhi (MCD)’s toll collector (SMYR Consortium LLP) on Friday.

Earlier this week, South Delhi Municipal Corporation (SDMC)’s contractor responsible for toll collection had approached the apex court expressing its reluctance to collect the additional levy. The contractor's objection was that the “toll operator” was the SDMC and that they were mere “toll collectors” engaged by the municipal corporation. They argued that imposition of the Environment Compensation Charge would ultimately reduce the traffic counts which in turn would affect their profits.

They also added that collection of additional levy would require the checking of each and every vehicle to ascertain the nature of goods it is carrying, adding to the cost of additional workforce and infrastructure.

The bench of Supreme Court, headed by Chief Justice of India H L Dattu, asked the Delhi government to proceed as per their original order. However, the bench has listed the matter for hearing again on November 16 to hear the application of the toll operator.

On October 9, 2015, the Supreme Court had passed an order imposing Environment Compensation Charge (ECC) of Rs 700 on all light goods vehicles and Rs 1,300 on heavy goods vehicles entering Delhi. The additional levy will not be applicable on trucks carrying food stuff, oil tankers as well as passenger vehicles and ambulances.

The order had also asked the toll collector to install the Radio Frequency Identification Device (RFID) system at all 127 entry points by January 31, 2016, at their own cost. The order had stated that the money collected from these tolls will be handed over to the Delhi Government to mitigate the losses caused by air pollution, promote public transport and green spaces, and make pedestrian and cycle lanes on roads.

Environment Pollution (Prevention and Control) Authority (EPCA), whose report on pollution by trucks entering Delhi submitted in the Supreme Court by senior advocate Harish Salve, is of the view that if the implementation of the court order is successful, there would be a drop in truck numbers and it would result in reducing air pollution in the city.

As of now, the court has directed the contractor to collect the additional tax at all 127 entry points into the capital city.