If you are in Patna, there's no respite from "very high levels" of PM2.5 concentration

The CSE study found that PM 2.5 levels even inside anganwadis were more than 42 times higher than the permissible safe standards for ambient air quality 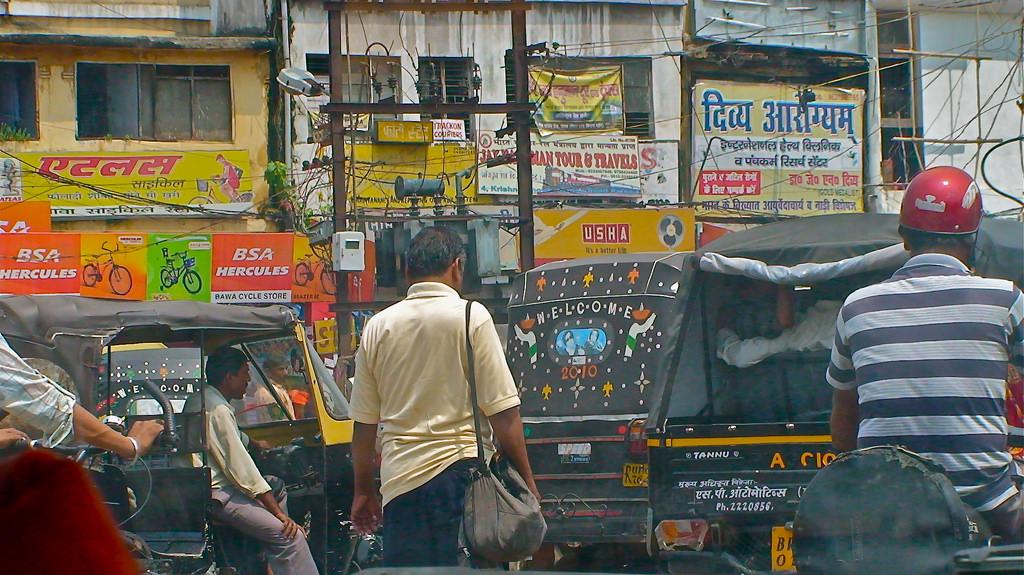 With air pollution in Delhi getting all the attention, many Tier 2 cities, including state capitals, have similar problems of outdoor air pollution. The Centre for Science and Environment (CSE) monitored air quality in Patna—the capital city of Bihar—in November 2016.  The CSE team was supported by Niranjan Agrawal, Secretary, Bihar Chapter of the Indian Academy of Pediatrics.

For the purpose of analysis, monitoring was carried out in two parts.

The Part I focussed on outer Patna and took the key arterial route towards Rajendra Nagar while approaching Patna from the southern side. The route taken for this was as follows:

The average PM 2.5 concentration found on this route over the entire duration of monitoring was 652 μg/m3. The peak was as high as 1140 μg/m3.

Part II focussed on specific residential neighbourhoods, central Patna and arterial roads in and around central Patna, starting near Gandhi Maidan and ending at Patna airport. The route taken for this was as follows:

The average PM 2.5 concentration found on this route over the entire duration of monitoring was 571 μg/m3. The peak was as high as 680μg/m3.

The CSE’s analysis revealed very high levels of exposure to particulate matter. It has long-term consequences on respiratory health of all those exposed. Vulnerable sections of the population such as children, senior citizens and those already suffering from respiratory problems like asthma, tuberculosis and pneumonia are particularly at risk from such abysmal air quality within the city.

Those who are exposed to long hours of outdoor activities as part of their daily lives, such as traffic policemen and street-side vendors are further at a risk of developing respiratory and other health complications.

The World Health Organization’s 2016 Particulate Database lists Patna as the 3rd most polluted city (based on annual average concentrations for PM 2.5) in India, after Gwalior and Allahabad, and ahead of recognised offenders such as Delhi and Agra. The sources of pollution in Patna include vehicular emissions, industrial emissions and emissions from numerous brick kilns and domestic sources (See image 1).

Image 1: Emission inventory of various sources of pollution in Patna - 2014 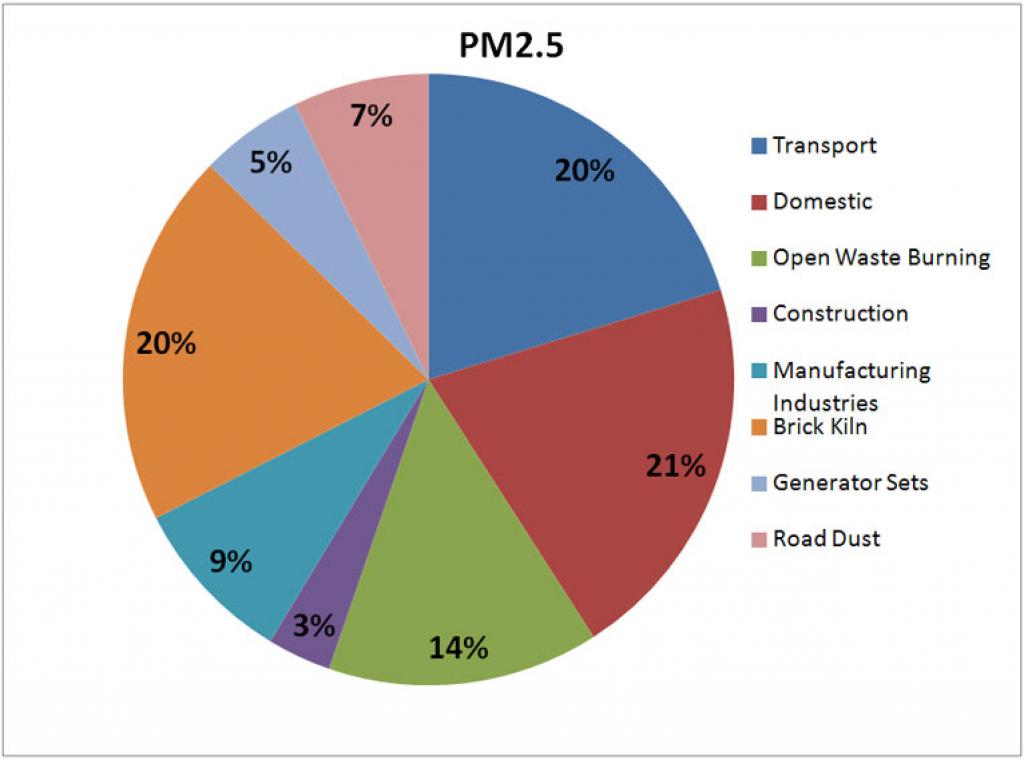 BS III fuel still in use

Patna has seen a rapid growth in the total number of registered vehicles, especially personal transport vehicles. In 2001, the total registered number of vehicles was 293,000. This number grew at 4.45 per cent annually to reach 743,000 registered vehicles in 2012. What is more disturbing is that Patna continues to have BS III fuel and vehicular emission technology, in spite of cities such as Delhi, Mumbai and Bangalore having moved to BS IV fuel in 2010.

The growth of vehicular fleet size in the intervening years has been on the back of relatively unclean vehicular technology and fuel quality. The presence of higher sulphur concentration in BS III—350 parts per million (350 ppm) in comparison to 50 ppm in BS IV fuel—means that simply switching to the relatively clean fuel may reduce the pollution from vehicular emissions by as much as 80 per cent.

Although Patna is set to follow the Centre’s auto fuel policy and switch to BSIV fuel and emission standards in April 2017 along with the rest of India, the fact that it has been left out of the list of cities which moved to BSIV in 2010 signifies very low priority given to air pollution in Patna.

Particulate pollution from domestic sources is one of the biggest causes of Patna’s poor air quality. The continued usage of solid fuel in the form of wood and dung cakes on traditional cook stoves causes extremely high exposure to particulate pollution.

In a recent CSE study in Gaya, Bihar, PM 2.5 levels inside anganwadis, where solid fuel was used for cooking purposes, were found as high as 2524 μg/m3, which is more than 42 times higher than the permissible safe standards for ambient air quality! Large scale usage of these fuels in households not only affects the health of women and children, but also influences outdoor air quality negatively.

Patna also has a large number of brick kilns within its city limits. As per a 2014 study, more than 225 brick kiln units line the approach roads to Patna on the east and on its western sides. More kilns are present on the northern bank of the Ganga River. Together, these contribute around 2350 tonnes of PM 2.5 emissions to Patna’s air annually.

In order to move towards improving Patna’s air quality, it is of the foremost importance that awareness on the issue must be created. Although it is the city and state administrations that need to place pollution higher up on their priority list, all other stakeholders in the system—residents of Patna, the media and civil society—have their roles to play. Air pollution has already become one of the largest problems that most cities in India currently face, and in the fight to improve our air quality, smaller cities such a Patna must lead the way.