Prototypes of WAYU have been installed at the ITO Junction in central Delhi and Mukarba Chowk in north Delhi; 54 more units would be installed in other parts of the city 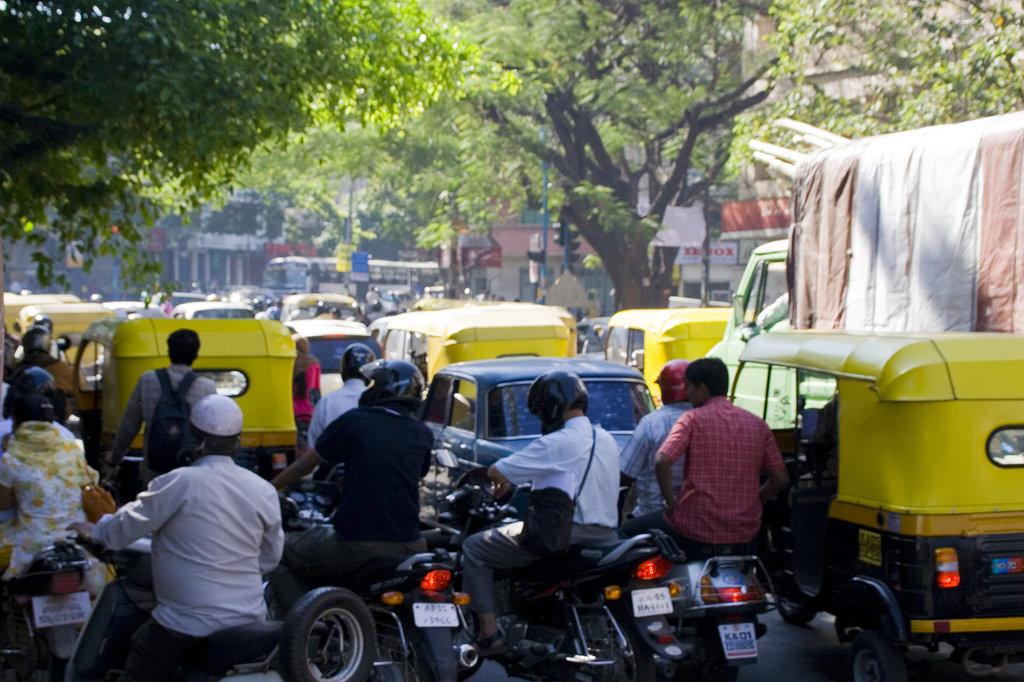 The current prototype has been designed with the help of Industrial Design Centre at IIT, Mumbai. Credit: eirikref/Flickr

The National Environmental Engineering Research Institute (NEERI), Nagpur-based laboratory of the Council of Scientific and Industrial Research (CSIR), has developed a device to address air pollution at high traffic zones like traffic intersections and parking areas.

The device, which brings together developments in chemistry, physics and micro-meteorology on a single platform, consists of two stages. In the first stage, a fan sucks air around the device and pollutants like dust and particulate matter are separate using three filters of different dimensions.  After this, the air is led into a specially designed chamber where carbon monoxide and hydrocarbons content in the air are oxidized into less harmful carbon dioxideusing activated carboncoated with titanium dioxide. The oxidation is supported by two ultraviolet lamps. The purified air is then ejected with force into the atmosphere so as to help dilute pollutant content in the outside air.

Prototypes of the device, named WAYU, have been installed at the ITO Junction in central Delhi and Mukarba Chowk in north Delhi. Minister for Science and Technology Harsh Vardhanunveiled the prototypes on Tuesday. Over the next one month, 54 more units would be installed in other parts of the city, the minister said. The cost of purifier is Rs 60,000 each.

The institute, he said, was working on scaling up the device so that it can cater to an area of 10,000 sq. m. over the next three months. In addition, efforts were underway to add on capabilities to treat other atmospheric pollutants including nitrous and sulphur oxides. The National Institute of Designs, Ahmedabad, will work on aesthetic designs for the purifier. The current prototype has been designed with the help of Industrial Design Centre at IIT, Mumbai.

Most high traffic density zones have lot of buildings in the neighbourhood leading to restricted flow of air or what is technically called “Street Canyon” effect. Consequently, emissions coming from vehicle tail pipes do not get diluted and road dust remains suspended in the air. (India Science Wire)