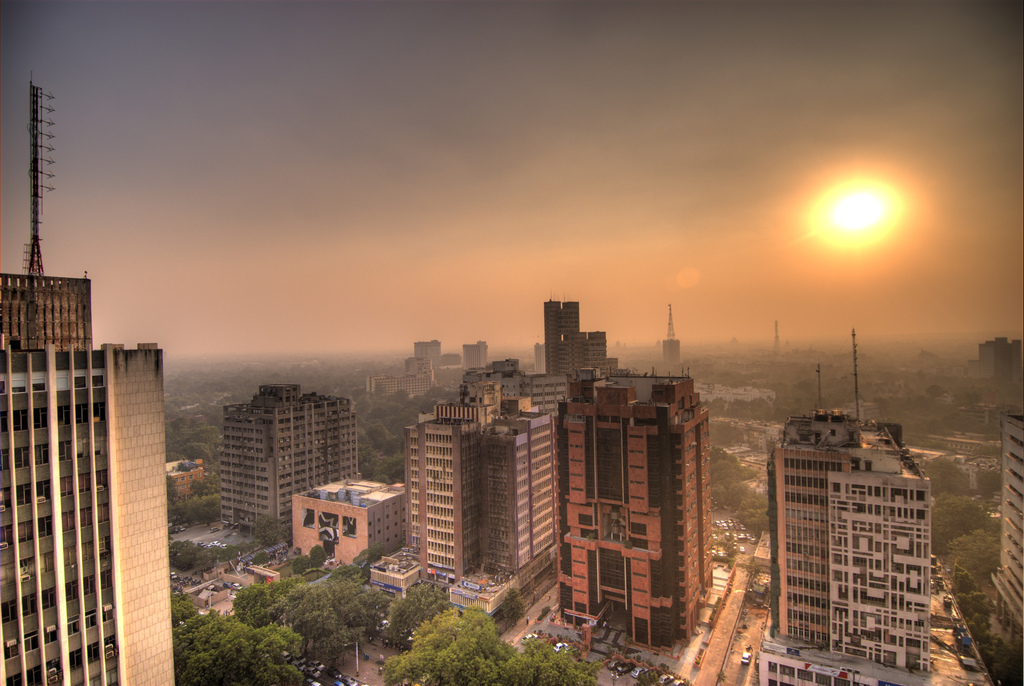 Delhi's air quality has become a cause of concern for the governing bodies as well as the residents. Credit: Ville Miettinen/Flickr

The National Green Tribunal on December 2, Wednesday asked the Delhi government to identify critically polluted hotspots in the city and issue health advisory to the residents during peak polluting hours.

The principal bench headed by NGT Chairperson Justice Swatanter Kumar directed for a meeting to be held among the secretary of Environment and Forest Department, Health Secretary, Chairman and member secretary of Delhi Pollution Control Committee (DPCC) and Member Secretary, Central Pollution Control Board CPCB) on Wednesday itself by 4:00 PM. However, according to the sources in Delhi government, the meeting did not take place as the member secretary of CPCB was not present in the national capital.

The tribunal has cautioned political leaders as well as bureaucrats of all the stakeholder states of Haryana, Rajasthan, Punjab, Uttar Pradesh and Delhi to not issue statements in reaction to its orders. It said that in subject of an ongoing case, not following the interim orders will be contempt of the court.

The tribunal also directed the Delhi government to issue a notification within a week with regard to areas in the capital that are the most polluted and enumerate steps needed to check air pollution in Delhi. As per the legal counsel of the litigant, Salik Shafique, the tribunal also said that identifying pollution hotspots is not beneficial unless advisories are issued. It suggested that the government should issue advisories to prevent residents of these areas from venturing out during peak pollution hours.

The tribunal also directed the Central Pollution Control Board to seek information from various states and UTs on ambient air quality in their area and submit a report on the same.

Further, the bench sought a report from the National Highways Authority of India (NHAI) and Haryana government on the status of Eastern and Western Peripheral Expressways. On the issue of alternative routes used by commercial vehicles, the Haryana government told the Tribunal that nearly 6,000 to 7,000 vehicles were being diverted at Panipat through alternative route via NH-71A and NH-71. The tribunal also asked the Delhi government if pollution lessened or increased due to the diversion of the vehicles. The matter is listed for next hearing on December 11.