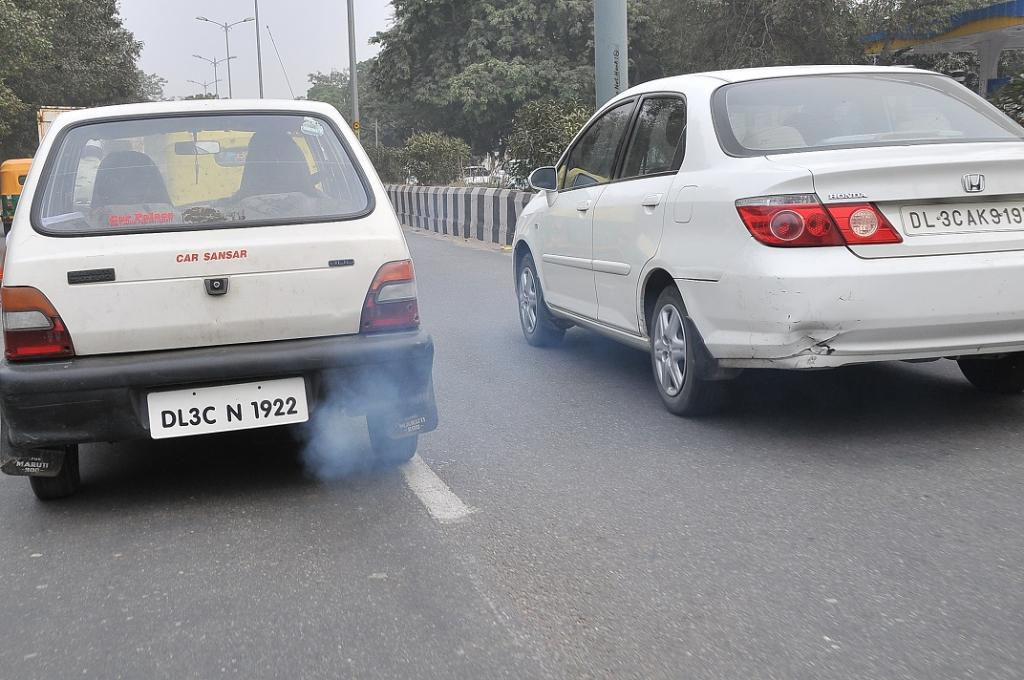 In a development with far reaching consequences for the battle to clear up air pollution in the country the Supreme Court bench comprising Justice Madan B Lokur and Deepak Gupta today accepted the recommendations of the Environment Pollution (Prevention and Control) Authority (EPCA) to ensure mandatory linking of pollution under control certificate (PUC) with issue of annual vehicle insurance. The bench has directed that no insurance will be granted without valid PUC certificates to a vehicle. This recommendation was made by EPCA in its Report No. 73 (on assessment of Pollution Under Control (PUC) Programme in Delhi and NCR) submitted in the court in April this year where it had found very little compliance with the system.

It is an important step forward as the EPCA investigation has shown very poor level of compliance with PUC programme. In fact, in Delhi only 23 per cent of vehicles come for PUC tests. With mandatory linking of annual vehicle insurance with valid PUC certificate the compliance level can improve significantly especially as the Supreme Court has directed its enforcement nation-wide.

The Supreme Court was listening to the air pollution matter in which the Union Ministry of Road Transport and Highways (MoRTH) had submitted its response to the EPCA report. The PUC system is critical to keep emissions of on-road vehicles under check. Overall improvement in compliance will lead to lesser emissions on road.

Highlights of the directive on PUC programme from the Supreme Court

PUC centres in all fuel stations allowed: Though the EPCA has asked for limiting the number of PUC centres in the captical and NCR as these are very difficult to supervise to prevent malpractices with limited inspection staff for monitoring, MoRTH did not agree with it. EPCA has found gross violations in the working of the centres. However MoRTH informed the court that instead of limiting the centres it would prefer to issue advisory to state transport departments to have PUC cente in each fuel station. The court has accepted this with a rider. It has asked the MoRTH to empanel each station and list them on its website. It has also directed the government to inspect and audit these stations on a regulor basis to ensure compliance.

Introduction of automatic online network to link PUC data centres and mandate prepayment of PUC fees for proper recording of tests: These recommendation of the EPCA on automatic on line network linking PUC data centre; repayment of the PUC fee before the test are conducted; and robust licencing system with third-party audit of PUC centres have been accepted by the Supreme Court bench. These recommendations of EPCA were also accepted by the government. These reforms are needed to ensure all tests and their results are recorded properly and credible tests are done.

Recommendations related to improvement in PUC norms for pre-BSIV vehicles, upgraded test procedures and other systemic changes to be heard in September: Recommendations of the EPCA on tightening of PUC norms for pre-BSIV vehicles, integration of on-board diagnostic system with PUC programme and implementation of real driving emisisons testing for BSVI vehicles have been contested by the MoRTH. These recommendations have been listed for further hearing on September 21, 2017.

The direction of the Supreme Court today will go a long way in improving compliance with the PUC system. The direction to the government to audit all PUC centres will require much stronger oversight system and disciplined management.

This is a major step forward in the battle to combat air pollution in the capital and across India. The directions are far-reaching as these are not restricted to Delhi but are applicable to the entire country.