Poor air quality a major cause of premature deaths 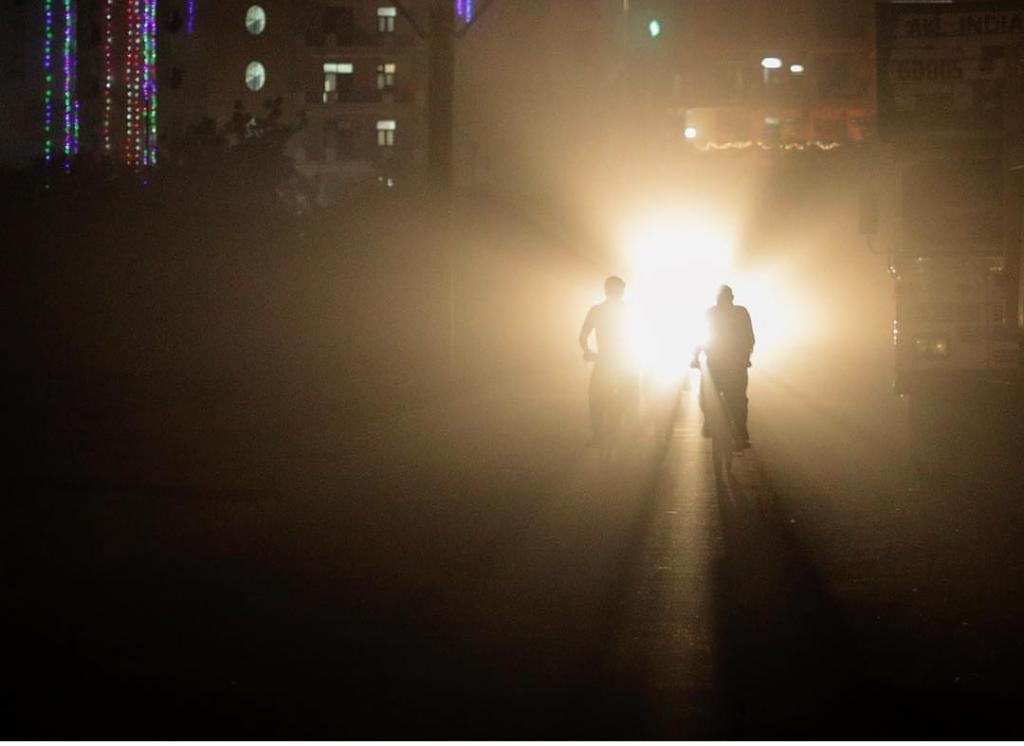 The concentration of particulate matter is growing at the highest rate in Varansi. Credit: Vikas Choudhary

Ambient air pollution exposure levels in 11 north Indian cities in Uttar Pradesh, Bihar and Jharkhand are alarmingly high and have been increasing at a rapid rate in the last 17 years, says a study conducted by Centre for Environment and Energy Development (CEED) in collaboration with Indian Institute of Technology, Delhi (IIT-D). This isn’t new since Indians now know, for a fact, that the air they are breathing is heavily polluted. But did you know that the annual premature mortality rate linked to air pollution ranges from 150-300 people per 1 lakh population? Yes, that’s true.

Of the 11 cities, Ranchi was the only one where the annual ambient exposure to PM2.5 (45 µg/m3) was close to the Nation Ambient Air Quality Guideline (AQG). The Central Pollution Control Board has defined the annual and 24-hour ambient PM2.5 standard to be 40 and 60 µg/m3 (microgram per cubic metre), which is much less stricter than the WHO standrds of 10 and 25 µg/m3.

The concentration of particulate matter is growing at the highest rate in Varansi (1.9 µg/m3), which has taken the PM2.5 exposure up by 28.5 µg/m3 in the last 17 years, which is three times the WHO annual standards. Also, Meerut registered the highest annual particular matter exposure with an alarming figure of 99.2 µg/m3, followed by Agra (91) and Lucknow (83.5).

While there are ample sources of PM2.5 such as emission from road transport, railway, mining and chemical industrial emission, but the major contributors are residential sources like cooking with biomass and heating of building. 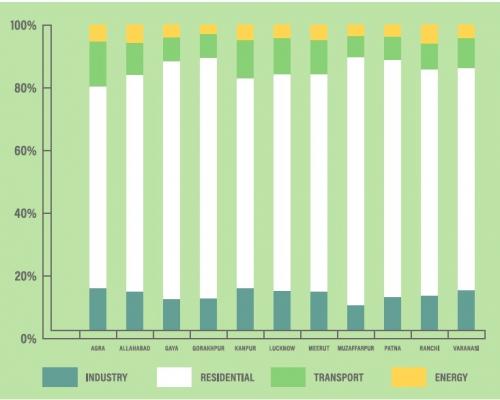 “Residential (cooking, heating and lighting) sources have the largest contribution to annual ambient PM2.5 concentration in these cities, followed by industry, transport and energy sectors,” says the study.

The research adds that since no city specific emission inventory exists, the researchers have to rely on the regional inventory available at 10 km resolution.

The researchers say that if the state of pollution in these north Indian cities is neglected by the government, it would lead to a Delhi-like situation here. “Number of pollution monitoring stations should be increased to capture the spatial heterogeneity and the quality of data should be ensured so that accurate exposure assessment can be carried out,” says the study.

They recommend strengthening public awareness and that household emission be mitigated. Moreover, the process to replace solid fuels with cleaner fuels should be expedited and state governments should coordinate with each other to prepare an efficient clean air action plan, say the researchers.