The man who upheld our right to breathe time and again 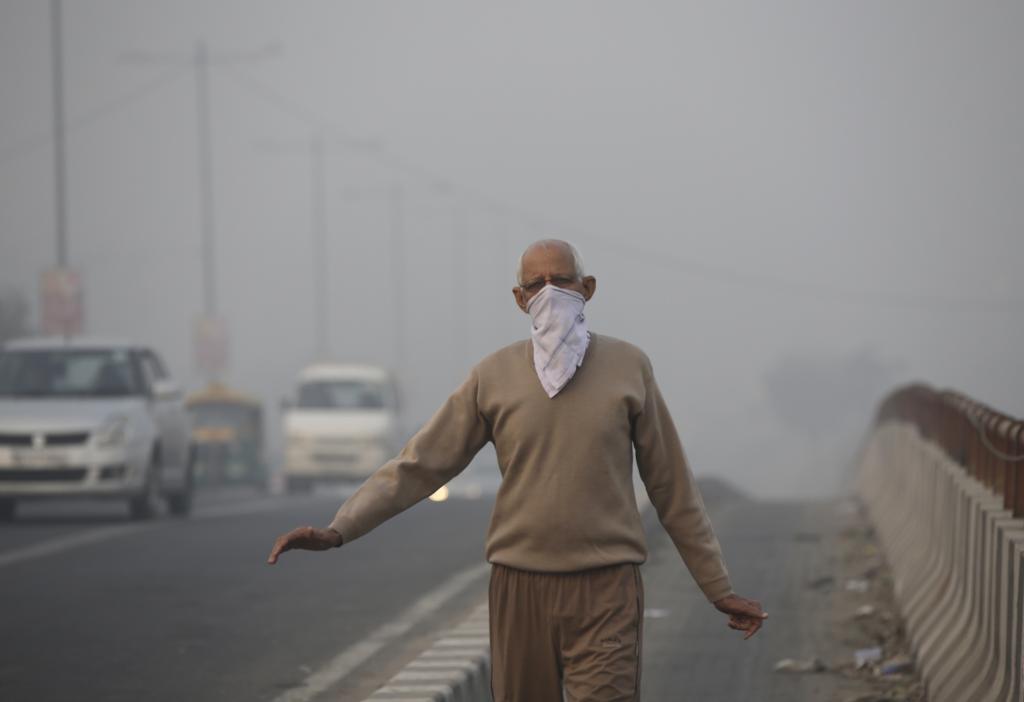 The battle against air pollution gained momentum in 2016 with the judiciary taking action to deal with it Credit: Vikas Choudhary

As we battle Delhi’s deadly air pollution day in and day out, Down To Earth brings to you a series of quotes by outgoing Chief Justice of India T S Thakur, who was most vocal about this issue.

The battle against air pollution gained momentum in 2016 with the judiciary taking action to deal with it. The national capital witnessed a spike in pollution levels post Diwali last year. The situation got out of control, as a thick blanket of smog settled over the city, affecting visibility. It seemed like doomsday had arrived. Residents were advised to stay indoors as a precautionary measure.

The Supreme Court acted in right faith. Taking cognisance of the fact that firecrackers were responsible for Delhi’s foul air and worst smog in decades, it banned the sale of crackers in Delhi and the National Capital Region (NCR) on November 25, 2016. Earlier, on November 10, the court had asked the Central Pollution Control Board to submit a graded emergency action plan to tackle pollution.

Justice Thakur’s statements show his concern over the deteriorating air quality in the national capital and reflect his urgency to deal with the crisis.

“Do you want to wait till people start dying... people are gasping for breath.”

“You are sluggish in responding to the problem. You are not even conscious of the need to set up more machines to get a clear picture on pollution in different places in the city.”

“We want to know about your plan. How you do and what you do is for you to decide. But you must plan for graded response for different levels of pollution. You must not allow things to go out of control. It must be checked. The CPCB has no plan. It works in the dark and gives different reasons for the crisis. We gave you two days but still you don't have a plan.”

“There is, however, no reason why registration of private cars and SUVs using diesel with an engine capacity of 2000 cc and above should not be banned. It is noteworthy that diesel vehicles of 2000 cc and above and SUVs are generally used by more affluent sections of our society and because of the higher engine capacity are more prone to cause higher levels of pollution. A ban on registration of such vehicles will not, therefore, affect the common man or the average citizen in the city of Delhi. We, accordingly, direct that registration of SUVs and private cars of the capacity of 2000 CC and above using diesel as fuel shall stand.”

“We, therefore, direct that all taxis including those operating under aggregators like Ola and Uber in the NCT of Delhi, plying under city permits, shall move to CNG not later than March 1, 2016.”

“We accordingly direct that the state government and the local bodies concerned, including MCD, NDMC and all other institutions that are generating solid waste shall take steps to ensure that no part of such waste is burnt and that proper arrangements are made for disposal of such waste in a scientific way without causing any hazard to environment.”

"People’s life (sic) is at stake and you are interested in selling cars.”

“Which class of people are (sic) using 2,000 cc vehicles? It’s used by the rich only. You are saying diesel vehicles pollute less. So are your vehicles emitting oxygen?”

“You see, we are doing carpooling, but you are not helping.”

“The government is taking some steps to control pollution. People are dying due to pollution and you are challenging it for publicity."

“The limit has gone beyond human tolerance… It has become dangerous for human life. It is a disaster and you must have a disaster management plan for this. The time has come when you have to have a policy; a concrete plan.”

“Suppose when pollution is at level A, you start odd-even rule for vehicles. When it is at level B, you ban construction; at level C, you shut down schools too; at level D, you shut down power plants, etc. But there could now be a level E when you will have to shut down the whole of Delhi. Do you have a plan?”

“Why are firecrackers being allowed for religious functions? You (governments) will have to look into it… We may ban it completely… that (ban) we are going to do.”