Today it is hazardous; tomorrow it is going to be deadly

The air quality in Delhi is likely to worsen further with north-westerly wind expected to bring in more toxic smoke from Punjab and Haryana in the coming days. In the light of sudden spike in air pollution, EPCA recommends odd-even vehicle rule and ban on construction 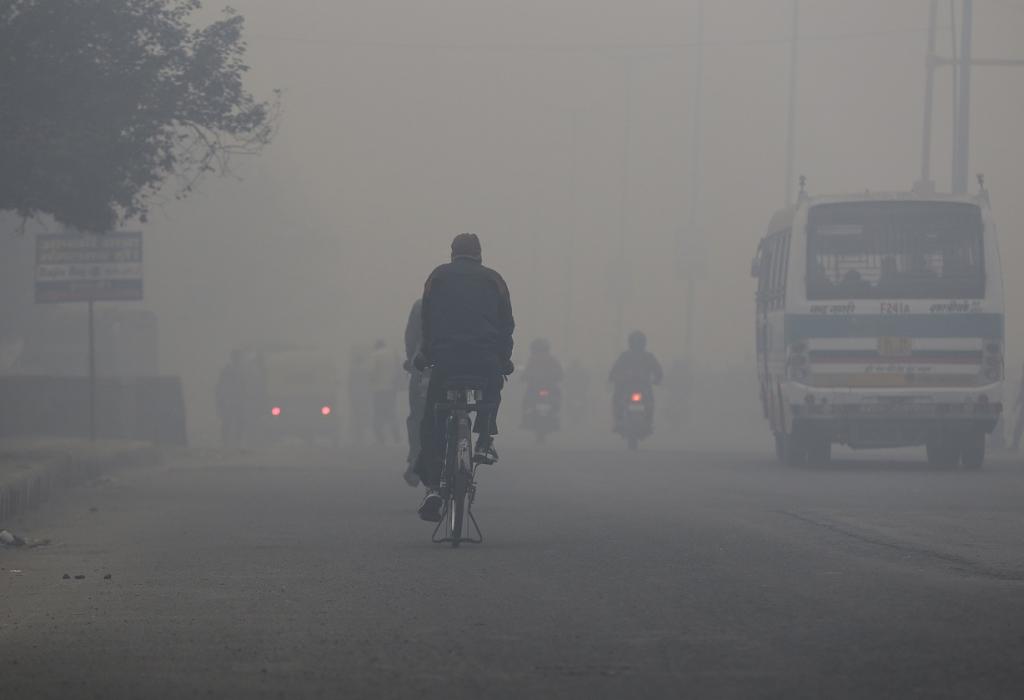 On Diwali night (October 19), air pollution levels breached the emergency standards with the 24-hour average level of PM2.5 touching 397 mg per cubic metre—6.6 times higher than the standards. Today, less than three weeks after Diwali, Delhi woke up to a dreadful morning with a drastic decline in air quality levels and significantly reduced visibility.

Going by the readings of SAFAR-India, the level of PM2.5 in Lodhi Road as on 2:53 pm was 569 units. It is followed by Mathura Road (550) and Delhi University (536). As per national standards, the permissible range for PM2.5 is 60. It is 25, according to the international standards.

Safar-India forecast a 5-10 per cent increase in PM2.5 level in different locations within Delhi-NCR tomorrow.

The Central Pollution Control Board (CPCB) is attributing this sudden deterioration in air quality to high moisture level in the air, which is trapping emissions from local sources and the absence of wind.  According to the Delhi Pollution Control Committee data, the horizontal wind speed at 1:50 pm was0.6 m/s or 0.36 km/h.

The analysis by the Centre for Science and Environment (CSE) and images captured by NASA's firemapper suggest that unhindered stubble burning and increased biomass burning in Punjab and Haryana is worsening the air quality in Delhi and its peripheries.

“It takes 2-3 days for the toxic smoke from Punjab and Haryana to reach Delhi-NCR. As you can see in NASA firemapper, the incidents of crop and biomass burning has increased between November 3 and November 5, which is why we are seeing a spike in air pollution,” says Vivek Chattopadhyay, Program Manager for Clean Air and Sustainable Mobility at CSE.

The Environmental Pollution Control Authority (EPCA) has announced a slew of measures to bring down pollution levels in the NCR.