No respite from smog in Delhi as crop burning continues in Punjab, Haryana and UP 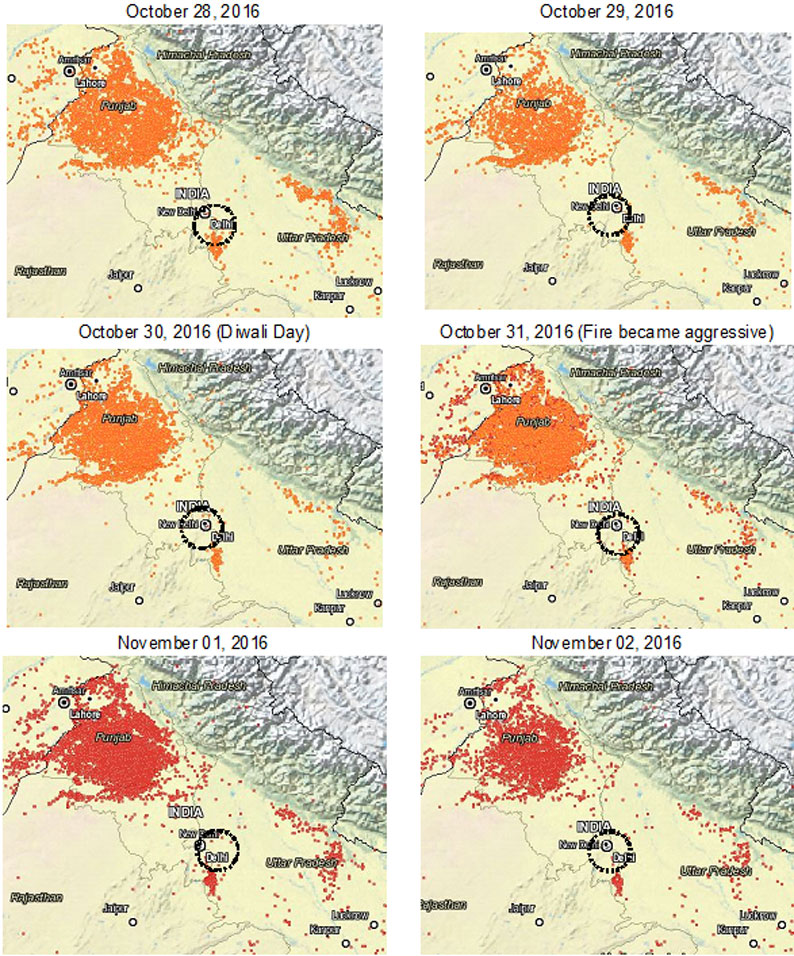 It is imperative to put out hard health evidences and heath alerts in the public domain to sensitise people about the harmful effects of smog and push action. Delhi needs an effective winter pollution mitigation plan that can make a difference.  Without a strong action, smog is only expected to get worse this winter. It comes with serious public health costs.

Need inter-state cooperation and intervention of the central government to control farm fires in Punjab and Haryana:  The action directed by the Supreme Court as well as the National Green Tribunal related to subsidy for farmers to buy appropriate technology that will prevent burning of straw as well as the infrastructure for reusing straw should be put in place very quickly. This needs financial support from the central as well as state governments.

Issue daily health advisory to people: India has already issued health advisory along with its air quality index. It clearly states that not only the ailing people but also the general public are extremely vulnerable to air pollution and they can develop a host of symptoms. But these issues have not been communicated to the people well on a regular basis.

Need pollution emergency plan to cut the peak pollution levels: The government must announce a slew of emergency actions. It needs measures to reduce vehicle numbers, shut down Badarpur power plants and take very stringent action on waste burning, construction activities and ban on fireworks in all social events during winter.

Roll out short- to mid-term action for enduring change: This year has been a lost opportunity when it comes to adopting both short- mid-term measures. Other than truck entry, no other tangible action has been taken, especially on improving public transport, encouraging walking and cycling and putting restraints on parking. A time-bound action will have to be rolled out immediately.