WHO raises the bar on clean air 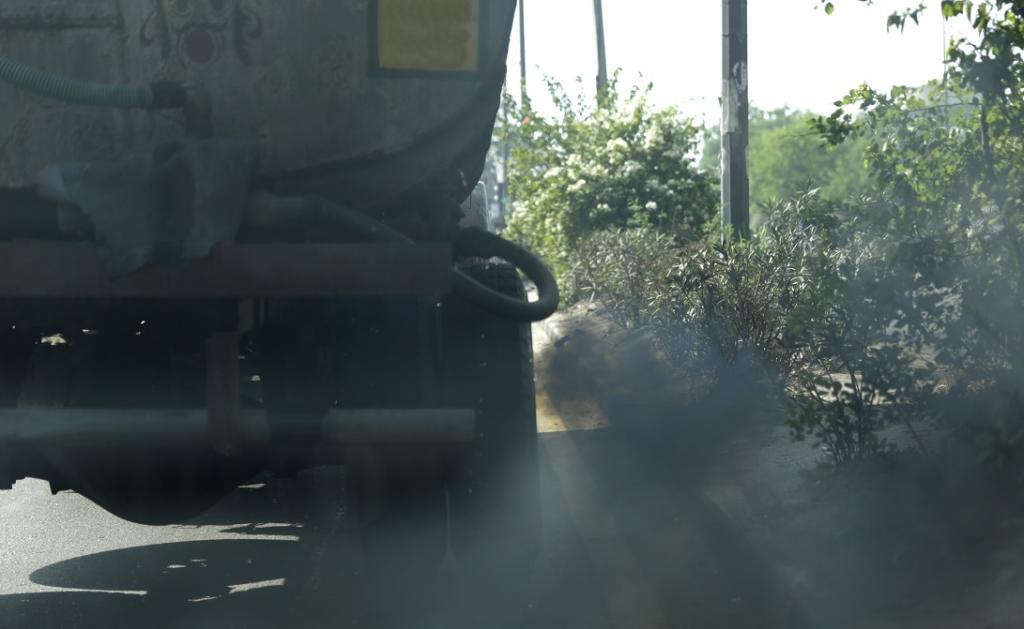 The World Health Organization (WHO) has raised the bar further to safeguard public health even before the global community could comply with the current benchmarks for clean air.

This is the first revision after the last updation in 2005 — about 15 years ago. Currently, 90 per cent of the global population and nearly everyone in India are breathing air that defies the current guidelines of the WHO.

The WHO has emphasised that the mounting health evidences on steep rise in health effects, even at lower range of pollution concentration than what was previously understood, demand tougher benchmarks.

The primary focus is on significant tightening of the guidelines for particulate matter, which is responsible for the highest number of air pollution related deaths worldwide — nearly seven million. The guidelines for key gases have also been revised.

The threshold for the gases are also more stringent. The annual guideline for nitrogen dioxide (NO2) is four times tighter than the 2005 limit value, and is down to 10 μg / m3, from 40 μg / m3.

The 24-hour guideline of 25 μg / m3 has been additionally introduced. For ozone, the eight-hour standard remains the same at 100 μg / m3. But a peak-season limit value has been introduced at 60 μg / m3. The carbon monoxide (CO) values have remained unchanged at four μg / m3.

It is, however, not clear why the annual standard for sulphur dioxide (SO2) is missing and the 24-hour guideline has been made more lax at 40 μg / m3, from 20 μg / m3 — two times more lenient.

This cannot be explained as SO2 is directly linked with the use of sulphur-rich fuels that includes coal and other dirtier industrial fuels that are widely used across the developing world. Moreover, SO2 also contributes to the formation of secondary particulate or sulphates.

This time, the WHO has also included other fractions of particulate matter (ie black carbon / elemental carbon, ultrafine particles and particles originating from sand and dust storms).

Numerical AQG levels could not be established for them and therefore, a best practice approach is required for mitigation.

The WHO has consistently underscored that air pollution can cause harm at much lower levels than previously thought. This means all countries need to maximise efforts to reduce exposures.

But the latest State of Global Air Report 2020 has stated that there has been little or no progress in improving air quality in many parts of the world during 2019. Dangerous levels persist in low- and middle-income countries.

What does this mean for India?

Questions have already been raised regarding the feasibility of implementing the new guidelines, especially in challenging geo-climatic zones like south Asia, including India.

The new WHO guidelines have sharpened the difference with India’s ambient air quality standards that are in the intermediate category and require revision overtime to finally attain the WHO limit.

For instance, India’s annual average standard for PM2.5 is 40 μg / m3. That is eight times more lax than the new WHO guidelines. The 24-hour standard is 60 μg / m3, which is four times more lenient.

India aligns with the WHO guidelines only in the case of ozone and carbon monoxide, as these have not changed. But both NO2 and SO2 guidelines are tighter than the current Indian standard.

The WHO has stated that the interim targets can facilitate stepwise improvement in air quality for gradual improvement to reduce the disease burden.

However, the new WHO guidelines have ruffled feathers in India, especially now, when the Central Pollution Control Board has set the process of review of the Indian standards.

It is not clear to many as to how tough targets such as five μg / m3 and 15 μg / m3 for PM2.5 can be met in south Asia and particularly in India.

Experts point out that this region has challenging meteorological and climatic conditions, with the added challenge of haze columns, heat island effects and very high base pollution.

Even if polluting activities are eliminated, only biogenic or natural processes can create natural organic aerosols that can also be high.

Within these constraints, mitigation of emissions from different sources and also the survival emissions from cooking among others will have to be addressed.

Gufran Baig, in-charge of the SAFAR programme of the Union Ministry of Earth Sciences, said:

Background levels are very high in India and the COVID-19 lockdown phases have helped us to understand how low the pollution can get. This makes the new WHO guidelines more daunting.

In view of this challenge, Mukesh Sharma of IIT Kanpur, who is involved with the initiatives of the environment ministry on air quality standards, said: “While India has to evaluate its achievable target, it is very important to focus on the best effort approach to control pollution for more aggressive cuts.”

How low can the pollution get

The current challenge in India is to meet its national ambient air quality standards in all the regions.

The hard lockdown phases during the pandemic have demonstrated the dramatic reduction that is possible when local pollution and regional influences can be minimised.

This has shown that if local action is strengthened and scaled up at speed across the region, significant reduction to meet a much tighter target is possible.

A review by Delhi-based Centre for Science and Environment has shown that the number of days meeting the better air quality benchmark had increased in 2020.

For example, several megacities — Mumbai, Chennai, Bengaluru and Hyderabad — from different climatic regions, show more days meeting the 24- hour standard for PM2.5 and the annual average level at half of the annual standard.

More than 90-95 per cent of the days could meet the 24-hour standards with some variation. In Kolkata, it was 67 per cent and in Delhi, about 47 per cent of days.

After the release of the WHO guidelines, there is a lot of curiosity about how clean the air can get in different parts of the country.

Overall, the cleanest cities are concentrated in Kerala and southern Karnataka and a few others in small pockets in the Bundelkhand-Bagelkhand region of Madhya Pradesh among others.

The influence of geo-climatic attributes is quite pronounced in all regions of India, which further aggravates the local build-up of pollution. This is further worsened due to the rapid proliferation of pollution sources and weak air quality management systems.

The Lancet study on state level global burden of disease in India has shown that the health risk from particulate pollution (in terms of number of deaths per 100,000 population) can be quite uniform across the states of India.

The public heath challenge is big but not unsurmountable. India needs scale and speed of action and also, as the WHO has underscored, a strategy to address the inequity and disproportionate impacts on the vulnerable groups to minimise public health risk.