Back where it belongs 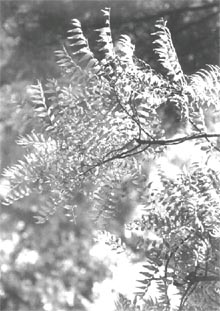 It was a long bitter fight. But for India, it ended on a promising note. Consistent campaigning by non-governmental organi-sations ( NGOs) in both India and abroad forced the revocation of a patent granted jointly to the us Department of Agriculture ( USDA ) and the us chemical major wr Grace on a fungicide formation from the seeds of neem.

The fight was triggered off by a petition filed by three others before the European Patent Office ( EPO ) five years ago. It culminated on May 11 when a four-member team of the EPO revoked the patent.

The us /Grace patent no 0436257, granted in 1994, concerns a “hydrophobic extracted neem oil — a novel fungicide” from neem seed that exhibits the ability to control various fungi. The legal opposition to this patent was lodged by the New Delhi-based Research Foundation for Science, Technology and Ecology ( RFSTE ), in cooperation with the International Federation of Organic Agriculture Movements ( ifoam ) and Magda Aelvoet, former green Member of the European Parliament ( mep ) who is currently the environmental minister of Belgium. The petition filed had categorically stated that “the us /Grace patent did not satisfy the basic requirements for a patent.”

On May 11, at the conclusion of a two-day oral proceeding, the Opposition Division of the EPO at Munich echoed a similar opinion. Following extensive testimony by witness Abhay Phadke, a biotechnology entrepreneur from Pune, India, the panel judged that there was no inventive step involved. U B Singh, a professor with the Benaras Hindu University, another expert witness present had also provided affidavits that confirmed the prior art of the use of neem as a fungicide. Taking all the evidence into account, the Examining Division of the EPO held that the technique used was well known to local farmers and lacked any inventive step and that such indigenous knowledge could therefore not be patented. The committee judged that “there was no inventive step involved in the claimed invention.”

Significantly, revocation of the us /Grace patent will have further repercussions on the various laws that are at present being put in place to prevent biopiracy and protect the traditional knowledge available in India. “The revocation has important implications for amendments in Indian laws, leaving aside the other cases of biopiracy and the Trade Related Intellectual Property Rights ( TRIPS ) review,” says Vandana Shiva, director of RFSTE .
The decision taken by the EPO has been appreciated across the globe by scientists and entrepreneurs alike. It has proved that the civil society can channel its efforts to effectively prevent biopiracy from developing nations. Indian minister for science and technology Murli Manohar Joshi said, “It is highly appropriate that the EPO has held that the patent amounted to biopiracy and has endorsed that the process for which the patent had been obtained was actually in use in India since time immemorial.”

Green mep Hiltrud Breyer points out: “This action illustrates how the patent system is being abused by multinational companies ( MNCs). Genetic resources that are freely available to the South are being expropriated without reward or recognition for their traditional custodians.

This is biopiracy at its crudest.” Around 40 other neem patent applications at various stages are still lying with the EPO , and there are about 90 such patents worldwide. The EPO upholding indigenous innovation by communities against the false claims of innovation and novelty by corporations also sends signals to individual governments to take strong steps to ensure that their patent laws do not promote biopiracy.

The two-day hearing at the EPO in Munich was marked by huge protests. The first day of hearing saw demonstrators gathered in front of the EPO building holding banners reading “No patent for theft” and carrying signs representing all the European patents that have been granted or are pending on the neem. Since the 1970s, many neem related products have been patented in, among others, the us and the European countries. The number of us patents exceeds 50, covering a wide range of products from toothpaste to contraceptives.

For a long time, Grace’s aggressive interest in Indian neem production had provoked serious objections from Indian scientists, farmers and political activists. Grace had earlier been granted another patent in 1992 on a process for extracting and stabilising azadirachtin. Even this has been challenged by several NGOs from 40 countries. And the fight is still on.

According to Grace, azadirachtin was being destroyed during traditional processing. This is highly inaccurate. The extracts were indeed subject to degradation but this did not amount to any wastage since farmers put such extracts to use as and when required. The problem of stabilisation arose only when it needed to be commercially packaged for a long time. Moreover, stabilisation and other advances, attributed to modern laboratory technology, had already been developed by Indian scientists in the 1960s and 1970s, well before the us and Japanese companies expressed interest in them.

The 1992 patent application was put forward by Grace on the principle that the process supposedly invented by them paved the way for additional extraction in the form of water soluble neem extract and hence is an add-on rather than a substitute to the current neem industry in India. In short, the processes are supposedly novel and an advance on the Indian techniques. However, this novelty exists mainly due to ignorance of the West.

In 1995, a coalition of NGOs from 40 countries was established to protest Grace’s 1992 patent. The petition was filed primarily on the following grounds:
- Biological resources are common heritage and are not to be patented

- The patent will restrict the availability of living material to local people, whose ancestors have developed the material through centuries, and

- The patent may block economic growth in developing countries.

The coalition of NGOs fear that if this neem patent is allowed to stand it would mean that the indigenous population around the world will not be able to freely use many of the biological resources that have been developed and nurtured by them over hundreds of years.

Neem: unsurpassed qualities
Earlier, there used to be no moveto patent either the traditional extraction methods or the modern methods developed by Indian scientists. Since the potential value of neem-based pesticides was recognised, commercial interests have increased. Suddenly there is spurt of patent applications from scientists and companies — predominantly from industrialised countries — on neem tree related products and processes.

Over the 2000 years that neem based pesticides have been used in India, many complex processes were developed to make them available for specific use, the only thing that was not done was to provide the active ingredients with Latin names.

Neem based products, in spite of their insecticidal properties, had not been included under the Insecticides Act, 1968. The primary reason for not doing so, as cited by the Indian Central Insecticide Board, was common knowledge and common use of neem in India. The board had argued that neem materials have been in extensive use in India since ages, without any known harmful effects.

The most important use of the neem tree is that of biopesticide. In this respect, neem has more than 60 valuable compounds, which also includes the widely used azadirachtin A (aza A). There is increased interest in aza Asince it has been identified as thekey compound that works as an insect feeding deterrent and as an inhibitor of growth.

Research conducted by, among others, the USDA has shown that aza A offers protection against more than 130 insects, while it is partly active against more than 70 other insects. It is, therefore, projected as a good alternative to chemical pesticides. The petitioners against the patent claimed that the knowledge for the process patented was already available in India and other places decades ago.

As Indian farmers and indigenous communities strive to better the yields with traditional knowledge the MNCs might be there right behind them, ready to “steal” the product or process, introduce a non-existent novelty and then stamp a patent on it. Without the knowledge of Indian communities of the medicinal and insecticidal properties of neem, it would just have been another tree to Grace.