A survey currently underway in states to calculate the number of below poverty line households is being opposed tooth and nail by civil society groups under the 'right to food' campaign. They are objecting to the exercise on two counts: firstly, the criteria used for poverty estimation are incorrect; and secondly, the large-scale migration due to drought is likely to distort figures 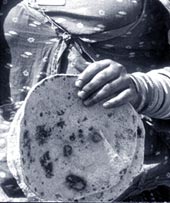 a survey currently underway in states to calculate the number of below poverty line (bpl) households is being opposed tooth and nail by civil society groups under the 'right to food' campaign. They are objecting to the exercise on two counts: firstly, the criteria used for poverty estimation are incorrect; and secondly, the large-scale migration due to drought is likely to distort figures.

At present, the enumeration process is on in Orissa, Andhra Pradesh (ap), and Tamil Nadu (tn). Even as these states have so far steamrollered dissent, the activists are planning to approach the Supreme Court (sc) to stall the survey. The 'right to food' campaign, which is spearheading the protest, is an informal group of individuals and non-governmental organisations (ngos). Several ngos from each district of Orissa will petition the apex court in the coming weeks. Pressure groups in ap and tn have resolved to follow suit. This decision was taken at a workshop on the right to food during the Asian Social Forum that was held in Hyderabad in January 2003.

To be sure, the states are conducting the bpl census in compliance with an sc directive. It is noteworthy that the apex court order came in response to a petition filed by the People's Union for Civil Liberties (pucl), Rajasthan, which is at the forefront of the 'right to food' drive. The human rights organisation sought that the availability of food be made the people's right. It also wanted the government to be asked to utilise the country's huge food stocks for staving off starvation in many states. During the hearing of the case, it came to light that several states had not identified the number of bpl families. Consequently, in September 2002 the sc directed the Union and state governments to carry out a fresh survey. The estimation of bpl households is crucial as this is an eligibility criterion for various poverty eradication programmes.

"Initially the governments delayed the process. Now, as the deadline nears, they want to rush through the exercise," alleges Kavita Srivastav, a Rajasthan-based activist. Significantly, states have to complete the survey by March 31 this year. "In two of Orissa's drought-stric-ken districts - Balangir and Nuapada - at least 50,000 families have migrated to other places. So if the survey takes place now, they will be excluded from various poverty alleviation programmes," points out Sanjay Mishra of Vikalpa, an ngo based in Balangir.

Some states see the logic of this argument. Rajasthan, reeling under a drought for the fifth consecutive year, even urged Union rural deve-lopment minister Shanta Kumar to delay the survey. According to chief minister Ashok Gehlot, the bpl census would deprive about 10 lakh families of the benefits of government schemes.

But Damodar Rout, Orissa's panchayati raj minister, differs: "The claim of migration is exaggerated. The government pegs the number at 20,000, and some method of assessment will be devised for these people. The survey cannot be postponed as it is crucial for disbursing anti-poverty benefits."

A District Rural Development Agency official based in Kalahandi concedes that "the estimate may not be exact". An ap official says: "Though our survey may run into problems in the drought-affected areas, the numbers will not be as skewed as the ngos are fearing."

The other issue that has raised the pressure groups' hackles is the basis of bpl calculation. In fact, the debate over estimation methods has been raging for a long time. India was projected to have undergone a sharp decline in poverty during 1994-1999, with the percentage of bpl population coming down from 35.97 per cent in 1993-94 to 26.1 per cent in 1999-2000 . But the census figures remain contested to date. The latest estimates provided by the Planning Commission point to a drop in percentage of rural bpl population from 37.27 per cent to 27.09 per cent.

Over a period of 10 years, the estimation of bpl population has undergone changes in parameters. Earlier it was done on the basis of calorie intake, then it became income-based and in 1992 monthly expenditure was considered the yardstick.

The current survey is being conducted on the basis of material status with assets such as land, television, radio and clothes forming the indicators. This method is, however, said to be flawed since these assets are now counted as necessities in rural areas. In the case of land, quantity - not quality - is the benchmark.

"These parameters would bring down the number of bpl households drastically," feels Biren Nayak of global ngo Action Aid. "For instance, poor families may own large tracts that are unproductive. They will be omitted from the survey," he adds. It is also being alleged that despite the apex court's order to involve ngos, governments have not done so. In Orissa, police officials are carrying out the census as teachers have refused to participate.