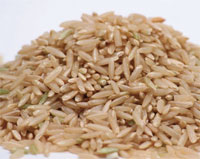 BROWN rice is considered healthy because it is rich in micronutrients. But this nutritious grain is under threat from arsenic. The plum brown rice accumulates more arsenic than the longer rice varieties like Basmati. Intake of arsenic could increase the risk of lung and bladder cancers.

An international team of researchers including those from India, chose three villages in West Bengal’s Nadia district. Residents of the area have arsenic-induced skin lesions despite drinking arsenic-free water. Intrigued, the team collected 157 brown rice samples from randomly selected residents and compared them with Basmati rice from market.

The researchers randomly picked five grains from each sample and measured their length and breadth. The samples were classified into four categories—short-bold, medium-slender, long-slender and extra-long slender. Basmati rice was categorised as extra-long slender. Next they dissolved the grains in acid and analysed the arsenic content.

“Higher concentration in short-bold rice might be due to the development of thicker outer bran layer by complex interaction between environmental and genetic controls,” says Dipiti Halder, lead author of the study. The white rice has lower arsenic as polishing removes outer bran layer which accumulates the heavy metal.

Switching to long grain brown rice may help avert arsenic-induced toxicity, suggest the researchers. But will it not be a difficult choice for the residents to shun the rice variety considering it is low cost and nutritious? “Obviously the cost of the long grain rice is higher. We need to improve the living standard of the rural populations,” Halder says.

The study was published online in the March 14 issue of Environmental Science & Technology.