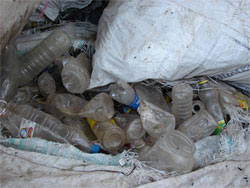 Bihar government has banned the use of plastic packaged water bottles in all its departments with immediate effect. The decision was taken by the state’s environment and forest department as part of its green initiatives.

Chief Secretary Anjani Kumar Singh issued a notification directing all government departments to ensure that no plastic bottles are used in meetings, events and seminars organised by them. Last year, the environment department had banned the use of packaged non-biodegradable plastic water bottles in all its offices.

“Government has decided to implement a complete ban on use of plastic bottles in all the departments,” B A Khan, principal conservator of forests, confirmed to Down To Earth.

Officials have been directed to adopt the practice of serving purified water using steel tumblers and glasses. In a bid to ensure effective implementation of the ban, the government has stated it will not clear any bills related to the purchase of packaged water bottles.

Khan pointed out that a majority of government departments have already installed water filters and purifiers.

Ishteyaque Ahmad, senior campaigner of Greenpeace in Bihar, said that a lot more needs to be done to control non-biodegradable plastic waste in the state. “Non-biodegradable waste is not only choking the state’s sewage, but is also impacting the environment. We expect the state to soon place a ban on non-recyclable plastic,” he added.