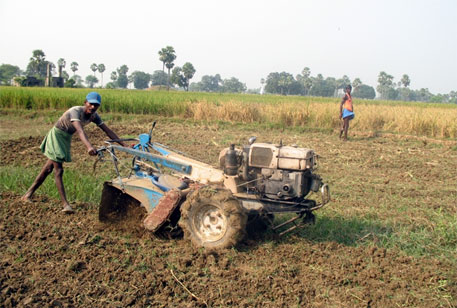 In a move that is likely bring the state’s development policies under fire, the Bihar government has slashed funds allocated to education, social welfare and rural development departments for the fiscal year 2015-2016. While presenting the budget on Thursday, Bihar Finance Minister Bijendra Yadav said that reduction in Centre-sponsored schemes has led to such “a harsh decision”.

Budget allocation for education has been reduced by nearly Rs 2,000 crore, social welfare by Rs 470 crore and rural development funds by around Rs 1,500 crore.

The government’s decision to reduce budget allocations for key departments comes at a time when the Economic Survey 2015-16 has revealed that agriculture in the state is witnessing a negative growth of around 12 per cent. It has also stated that Bihar’s double-digit growth rate of 10.75 per cent has now reduced to 9.92 per cent.

Yadav informed the Assembly that the state has been affected by the general economic slowdown in the past few years. “This has led to slowdown of state earning,” he said.

Opposition parties, mainly comprising of the BJP, protested the government’s “directionless budget” and staged a walkout. Senior BJP leader Sushil Modi said, “The state’s growth rate has slowed down and the decision to not increase tax appears to be a nonsensible approach.”

State Finance Secretary Rameshwar Singh claimed that despite budget cuts in key departments, the state economy is still strong. He suggested that the Union government adopt a flexible approach to let Bihar borrow beyond the three per cent limit of the Gross State Domestic Product (GSDP) under the Fiscal Responsibility and Budget Management Act (FRBM). “This will help us to sustain development projects. State has the capability to repay loans,” he said.

Disappointed by the budget, economist N K Chowdhary blamed the myopic development policies of Chief Minister Nitish Kumar. “Nearly 70 per cent of Bihar’s population is dependent on agriculture that has witnessed a marginal increase in the budget allocation. The state government should have focused on social welfare and agriculture,” he said.