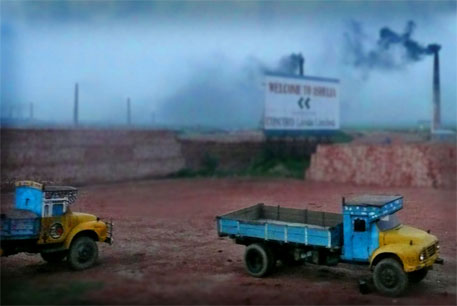 Sarath Kumar Guttikunda, founder-director of Goa-based non-profit Urban Emission, presented the study at the annual conference of the Centre for Science and Environment. The three-day event, themed “The poor in climate change”, started in Delhi on March 11.

The study cites Global Burden of Disease report that says outdoor air pollution was the reason for 627,000 premature deaths in India in 2010. “The share of brick kilns in national emissions can be 5 per cent to 15 per cent,” says Guttikunda.

Baum conducted a study on 13 brick kilns in India and Vietnam in 2011-12. “If the technology can be improved, then air pollution can be reduced,” says Baum. According to Baum, emissions would be reduced by 70 per cent if the brick kilns were modernised.