A leaked World Bank report blames 75 per cent of recent hikes in food prices on the demand for biofuels, specifically corn- and soy-based fuels in the us and Europe. The confidential report by Don Mitchell, a senior economist at the Bank, starkly contradicts the us government's claims that biofuels accounted for just 3 per cent of the increase. President Bush instead linked the high prices to increased demand in India and China, a claim Mitchell's report flatly refutes. The report was likely kept secret for political reasons, mainly to avoid embarrassing and alienating President Bush. Days after the leak, the uk transportation secretary cautioned against uncontrolled growth of fuel crops.

North Korea blew up the cooling tower at its main Yongbyon nuclear reactor on June 27, in a symbolic commitment to a September 2005, six-part disarmament deal. A day before, Pyongyang delivered a list of its nuclear activities to the United States. In response, the us removed North Korea from a list of state sponsors of terrorism, eased sanctions and sent ships of food and energy aid. The World Food Programme urged the aid deal after observing nearly 6 million North Koreans were on the verge of starvation. A week later, the North Korean foreign ministry said it would hold out on the final steps towards dismantling its nuclear weapons program me until it received all the promised aid.

The leftist government of Evo Morales suffered another blow on June 23 when Tarija became the fourth Bolivian state to declare autonomy from the central government. The autonomy referendum, approved by 80 per cent of voters, grants local control of the state's abundant natural gas reserves. Morales, South America's first indigenous president, proposed redistributive policies that would shift the wealth from the country's booming natural gas industry to the long-subjugated indigenous majority in the west. Such proposals alienated the four gas-rich, mestizo states of the eastern lowlands. The recent autonomy votes pull the rug out from under Morales' redistributive plans and cement the divide between the two increasingly divergent halves of Bolivia.

Kenya and the United States signed an Open Skies initiative that allows direct flights between the two countries for one year. Direct flights will boost trade in cut flowers, Kenya's most important export, as flowers can now reach the us within 24 hours of leaving the farm. Until now, almost all of the us $650 million annual earnings from the flower trade came from exports to Europe. The Open Skies agreement will also boost tourism, Kenya's largest industry. Growth in both sectors will be especially crucial as Kenya rebuilds a devastated economy after December's post-election violence.

At Hokkaido, Japan, g8 countries agreed to halve global carbon emissions by 2050. The g 8 goal, an improvement on last year's pledge to consider cuts, is still woefully ambiguous. The long-term goal specifies no base year for reductions and identifies no mid-term targets. The following day, leaders from China, India, Brazil, Mexico and South Africa met with the g 8. While emerging economies agreed actions must be taken, they rejected the 2050 target, instead urging rich nations to cut emissions to 80-95 per cent of 1990 levels by mid-century. A joint statement asserted any climate change strategy must consider "historical responsibility and respective capacities."

Whether or not global food prices recede, India could face serious grain shortages due to years of neglecting its agricultural sector, an assocham report warned. Unless the nation increases rice yields 250%, it will become a chronic importer by 2020. And food isn't the only thing India may be running out of. A recently released study showed the government's 2007 projections overestimated future water availability by as much as 68%. According to the study by T N Narasimhan, the government failed to fully take into account water loss from evaporation and transpiration by plants of trees.

The us government will continue to waive 19 environmental, conservational, and cultural laws in order to construct about 1,000 km of fence along the Mexican border. The Supreme Court rejected an appeal by the Defenders of Wildlife and the Sierra Club that would have halted the construction of the fence, designed to halt illegal immigration and improve national security.

A 2005 law gave Michael Chertoff, head of the Department of Homeland Security, the power to waive laws that stood in the way of completing the fence, which critics say is both ineffective and environmentally harmful. Opponents of the fence must now look to Congress for support. On the other side of the border, Mexico is protesting the construction of the fence by planting a parallel "green wall" of 400,000 trees. 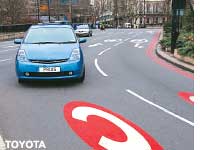 London's mayor, Boris Johnson, overturned his predecessor's plans to raise the daily congestion charge from 8 (us $15.8) to 25 (us $49.5) for vehicles deemed the most polluting. Johnson also scrapped the former mayor's plan to allow low-emission cars to enter the charge zone for free. While some consider the move a blow to tackling climate change, a study released shortly after the proposal showed that free access to small cars would inadvertently increase congestion and pollution. Johnson also argued the tax would hit small businesses and families hardest.

International Whaling Commission had its annual meet in Santiago, Chile from the 23rd to the 27th of June this year. While Chile finally signed a 22 year old whaling ban, Norway, Iceland and Japan again refused to stop hunts. While Iceland and Norway openly defy the ban, Japan has at least kept to the letter, if not the spirit, of the iwc moratorium by killing whales under the aegis of scientific research. In addition Japan has been courting poorer nations to join the commission and vote out the ban; most countries that have voted to overturn the ban were recruited to the iwc by Japan in return for fisheries aid.

James Hansen, leading climate scientist, testified before the us Congress on June 23, urging lawmakers that there is no time to wait to "defuse the global warming time bomb." The speech came 20 years to the day after Hansen's landmark testimony to Congress that first alerted the public to global warming. This time around, Hansen opined that fossil fuel company ceos should be tried for high crimes against humanity, for actively spreading doubt about climate change. While alarming, Hansen's testimony expressed hope, if the world moves forward with carbon-free energy sources and a new political direction.

Madagascar signed an agreement for its largest ever debt-for-nature swap with France. In the deal, us $20 million owed to the former colonial power will be transferred to the World Wildlife Fund (wwf), with the repayments invested in local conservation projects. Madagascar is critical for biodiversity; the majority of land mammals, reptiles and plants on the island live nowhere else in the world. Paul Siegel of the wwf notes, it is not just wildlife the deal will preserve. "If they can't halt the environmental decline," he noted, "a country with an agricultural-based economy is dead in the water."

Both the us and the uk announced plans for large investments in carbon capture and storage (ccs) technology this fortnight. These announcements bring the proposed investments in ccs by G8 countries up to $10 billion. While ccs temptingly provides a way to reduce emissions without major lifestyle changes, burying emissions before they are ever released, the costs have so far been prohibitive. Another hurdle is that the ccs process itself uses about 20 per cent of the energy a plant generates.

Two activists with Affected Citizens of Teesta finally broke their indefinite hunger-strike after 96 days, on June 16, following the scrapping of four power projects in the Dzongu area of Sikkim. However, the 300MW Panang project, the largest one in Dzongu, is still on track. Anti-dam activists say they will continue with their relay hunger strike until all projects in Dzongu are abandoned.