Stockholm syndrome: What should ‘+50’ be about

The 50th anniversary celebration of the Stockholm conference should be about our common future, not the divisions of the past 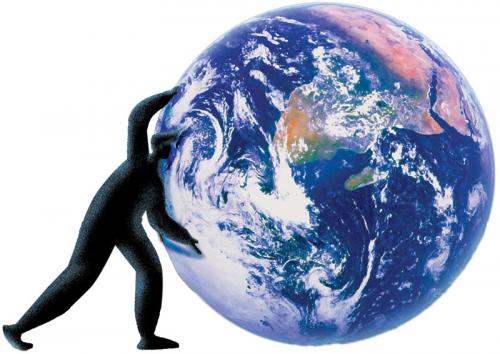 The Stockholm conference on the human environment marked the initiation of global consciousness on sustainability. It brought the world together to discuss the big issues of growth and environmental management.

This was the time when Rachel Carson, through her seminal book Silent Spring, had told the story of poisoning of nature. It was also the time when the industrialised West was battling against pollution and toxification.

Our colleague Anil Agarwal, who was at the conference in 1972, often recalled how Stockholm’s lakes were so contaminated with chemicals that you could develop a film negative in the water.

This conference was about the fallout of industrialisation and how to cope and mitigate its harmful impacts.

As we head towards its 50th anniversary, now would be time to recall the words of India’s former prime minister, Indira Gandhi, who was the only head of government — other than that of the host country Sweden — to attend and speak at the meeting.

At the plenary session, Gandhi said the industrialised world, which had gained from the riches and labour of colonisation, must not preach to the rest that there were follies in the way they were growing. “We do not wish to impoverish the environment any further and yet we cannot for a moment forget the grim poverty of large numbers of people.” She went on to argue that poverty was the greatest polluter.

This statement of Indira Gandhi became legendary, but was also widely misunderstood as saying that the poor world needed more development, not less, which would mean more pollution than was essential.

The fact is that at no time did the former prime minister argue that. She said that her “deep interest in this only Earth was not for itself, but as a fit home for man”. The human species is also imperilled, she said:

In poverty he is threatened by malnutrition and disease, in weakness by war and in richness by the pollution brought about by his own prosperity.

Prophetic and profound words that the world ignored.

By 1992, when the world reconvened in the Brazilian city Rio de Janeiro, there were new challenges at hand. Now, global environmental challenges were on the world’s mind — the rich world had seen the emergence of a hole in the ozone layer caused by chemicals it had consumed in its air-conditioning and other systems.

This problem of the ozone hole had also brought the realisation that no country could fix the problem alone. This was different from the issue of pesticide poisoning that had been highlighted by Carson. In this case, the hole was in the atmosphere and the release of chloroflurocarbons by any country would jeopardise the interest of all.

It was also the time, when climate change — an issue that haunts us today — had begun to be understood. Again, it needed global cooperation to combat these emissions that were essential for economic growth as the world knew it then and now.

But instead of bringing the world together, the 1992 United Nations Conference on Environment and Development sent the rich and the poor blocs of the world into their corners again — the rich preaching the need for sustainability (that was a new word at this meeting) and the poor demanding their need for development.

The fact is — and I was at Rio to witness the shenanigans — that the developing world, including India, was very much willing to be partners in this fight against environmental degradation. But it needed the world to recognise the need for equity — not just inter-generational but intra-generational equity.

In the case of climate change, it was about how the already-rich world would drastically cut its greenhouse gas emissions to provide space for the still developing world to grow without polluting. But this was not the deal.

Developing countries at Rio argued that they wanted to make sure that they could grow without polluting, bend the curve, but that this would require transfer of money and technology. The situation was same when it came to biodiversity or forest conservation. It was about finding ways in which poor communities, on whose lands these riches were found, would be benefitted from conservation.

That did not happen. Instead we have spent the last three decades engaged in skirmishes to defeat the very idea of global cooperation between the rich and the poor based on rule-based systems. This is why, we are in the mess of today, with unabated species extinction and a rapidly changing climate.

This is why, when the world meets in Stockholm of 2022 it must not repeat the mistakes of the past five decades. It must remember the words of India’s former prime minister and take it to be the agenda of the future. Stockholm+50 has to be about our common future — not about the divisions of the past.