‘Poorer populations and children will be disproportionately affected’ 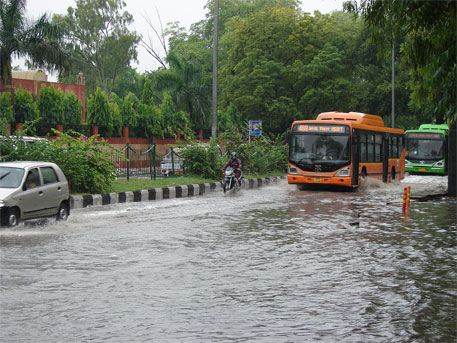 Emphasising the urgent need to fight climate changes, the World Health Organization (WHO) on Wednesday suggested several measures to make the global health system more resilient to climate change and minimise its consequences on human health.

The technical briefing, presented at the WHO conference on health and climate, titled Strengthening Health Resilience to Climate Change, the apex health body highlighted the possible impact of climate change on health. This paper was used as the basis of discussions in the ongoing conference.

Quoting Intergovernmental Panel on Climate Change (IPCC), the paper highlighted a few possible scenarios in order to describe the range of possible future climate conditions of future emissions that it considers equally plausible. It says that emissions of greenhouse gases are currently following the higher end of this range. By the end of the century, these are projected to lead to concentrations of greenhouse gases in the atmosphere that are almost four times that of pre-industrial levels. This would be expected to bring a 3.7–4.8°C rise in global mean surface temperatures (with a range of 2.5°C to 7.8°C), and severe disruptions to precipitation patterns, as well as the frequency and intensity of extreme weather events.

This change in climate will have serious repercussions on human health.  The paper points to the possible impacts, including greater risk of injury, disease, and death due to more intense heat waves and fires, increased risks of food- and water-borne diseases, vector-borne diseases, increased risk of under-nutrition resulting from diminished food production in poor regions, and reduced labour productivity in vulnerable populations.

In addition, there are other important potential health risks for which there is less conclusive evidence, says the paper, adding that these challenges also require serious consideration. These consequences include the potential of increasing severity and frequency of extreme weather events, including storms and floods; mass displacement and disruption of livelihoods in low-lying coastal zones and small island states; inland flooding in particularly vulnerable urban centres; breakdown in food systems from drought, flooding, and extremes in precipitation, the potential for increased risk of violent conflict associated with resource scarcity and population movements, slow-down in economic growth and exacerbation of poverty.

These health risks will be strongly affected by non-climatic determinants, such as socio-economic status, age, gender, ethnicity, displacement, or disability. There is strong evidence that health impacts of climate change disproportionately affect poorer populations and children, and, for some, risks in some situations differ between women and men. Overall, climate change is likely to widen existing health inequities, both between and within populations.

Collaboration is the key
The paper also suggests several measures to protect population from climate change like process of assessing health risks, identifying, prioritising, and implementing adaptation options, and following this up through monitoring and evaluation. For this, it suggests collaboration of health ministries with other government ministries and departments.

It suggests some policy level changes like designating a national focal point for climate change and health within the ministry of health. It also suggests developing a national climate and health strategy which addresses health risks and opportunities in health policy and conducting health impact assessments on new mitigation and adaptation policies.

The second component highlights the importance of strengthening health systems and organisational capacity to manage climate risks, as well as the need to develop the technical and clinical capacity of health professionals.