'Climate change to impact suitability of tropical agricultural lands by 2100'

Suitability will shift to higher latitudes of the northern hemisphere 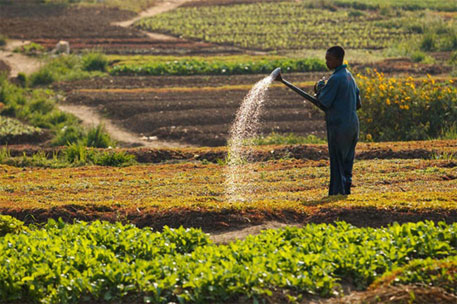 Climate change will reduce the suitability of agricultural lands in tropical and Mediterranean regions by 2100, says a study released by researchers from the Ludwig Maximilians University in Munich, Germany. These regions include Brazil, Asia and Central Africa. The study looked at the impact of climate change conditions under a simulated global climate model.

The results also showed that suitable agricultural land will expand by 5.6 million square km. Countries in the northern hemisphere, like Canada, China and Russia, will see an increase in the proportion of suitable cropland. Additionally, the study projects “extraordinary potential” for future expansion of agricultural land in sub-Saharan Africa.

The study, titled Global Agricultural Land Resources – A High Resolution Suitability Evaluation and Its Perspectives until 2100 under Climate Change Conditions, was published in PLOS ONE journal on Wednesday.