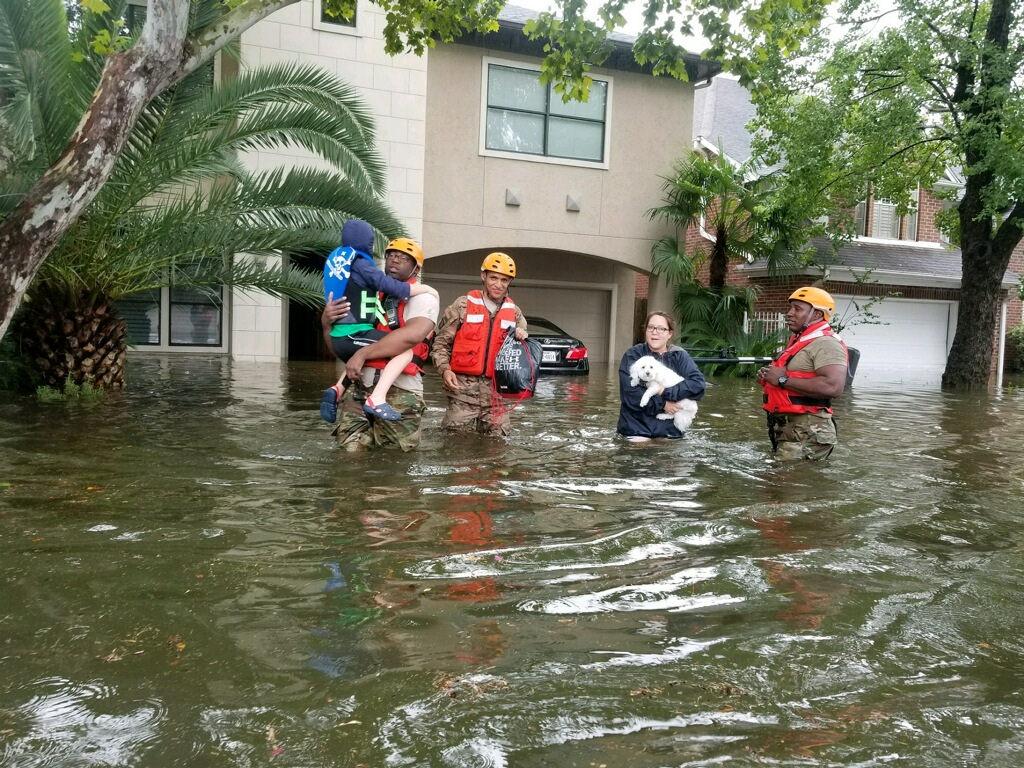 Hurricane Harvey was the most expensive disaster for the US in 2017. Credit: Texas Military Department / Flickr

When it comes to economic cost of the disasters, 2017 was very expensive. According to the latest report by the National Oceanic and Atmospheric Administration (NOAA), the 16 weather and climate disasters cost US economy approximately $306 billion—which is a new record. Not surprisingly, a large chunk of the damage was caused by hurricanes—$265 billion.

Last year was a hyperactive hurricane season featuring 17 named storms and also the highest number of major hurricanes since 2005. Hurricane Harvey, which swamped Houston and the surrounding area in August and September, caused the maximum damage—$125 billion. It was the most expensive disaster for the US in 2017. Hurricane Maria was the second most expensive climate disaster, causing $90 billion in damage. Humanitarian crisis is still unfolding in the US territory of Puerto Rico months after it made a landfall. Hurricane Irma, which wreaked havoc in the Caribbean and hit Florida in September, caused $50-billion damage, according to the NOAA report. 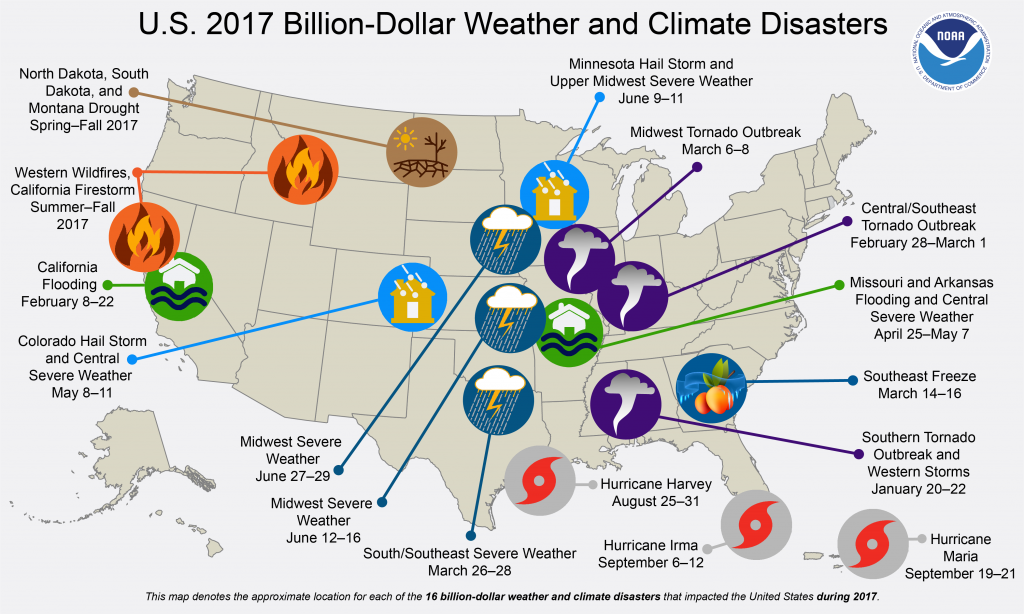 The year 2017 will also be remembered for an extreme wildfire season. Large swathes of northern California witnessed one of the deadliest cases of wildfires. As of October 2017, wildfires had killed at least 38 people, destroying 190,000 acres of land and completely ravaging more than 3,000 homes across Sonoma and Napa County. The NOAA report estimates the damage to be worth $18 billion—three times the previous US record.

Above average temperature and precipitation

In 2017, for the third consecutive year, every state across the contiguous US and Alaska experienced above-average annual temperatures. The average US temperature was 54.6 degree °F (2.6°F above average), making 2017 third warmest year ever since record-keeping began more than a century ago, according to scientists at the NOAA. 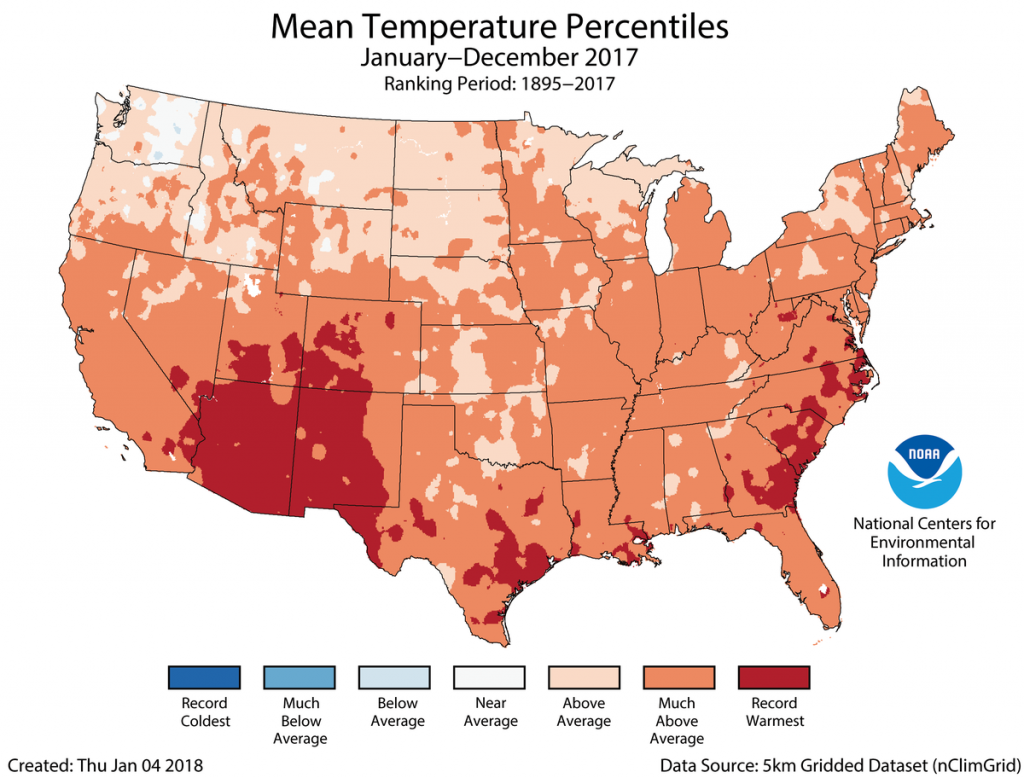 It was also the fifth consecutive year with above-average precipitation. In 2017, total precipitation was 32.21 inches, which was 2.27 inches above the long-term average.