‘Greed will consume the village’: Chipko birthplace questions its choice after Chamoli disaster 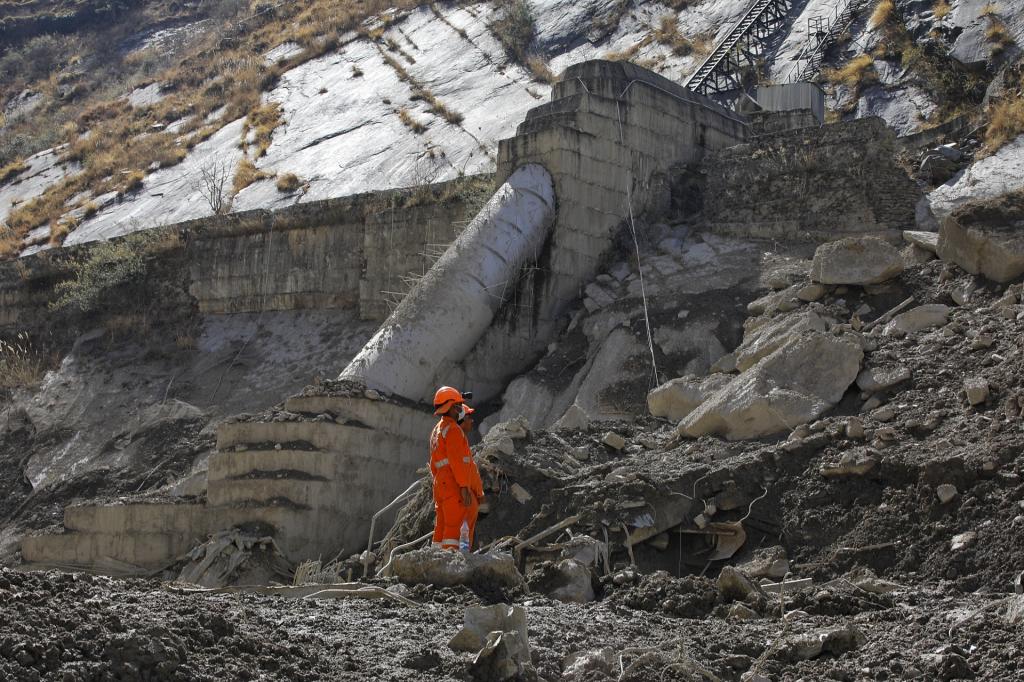 Rescue operation underway in Uttarakhand's Chamoli district. At least 58 bodies between Reni and Rudraprayag have been discovered. Photo: Vikas Choudhary

Reni village in Uttarakhand’s Chamoli district, the birthplace of Chipko movement, is a grim reminder of how things change. The village, once a perfectly habitable place for its residents, is no longer the same. Following the flash floods of February 7, 2021, triggered by a glacial burst, villagers want to relocate.

The village was where the Chipko movement took shape, when Gaura Devi and 27 other women chose nature over themselves: In March 1974, they hugged the trees to save them from being logged.

“Gaura led the way,” said Devaki Devi Rana, who was 15 when she joined the movement. Down to Earth caught up with her at her home, two kilometres uphill from the main road in the village.

The road has been exceptionally busy since February 7, when a huge chunk of glacier broke off and caused a flash flood in the river Rishiganga , a tributary of Ganga. At least 100 officials from the Indo-Tibet Border Police (ITBP), National Disaster Relief Force (NDRF), State Disaster Relief Force (SDRF), the local police and the Army, with the help of earth movers and stone crushers, have been busy with search and rescue operations since then.

The flood washed away the 13 megawatt Rishiganga Hydroelectric Project (HEP); the fate of several workers deployed there is still unknown. Of those who got washed away, six were Reni inhabitants. One of them was Devaki Devi’s brother-in-law.

The Devaki of 1974 did not flinch once while choosing a tree over herself. The same Devaki, now 62, is afraid for her life and the well-being of her family. She wants to leave Reni. 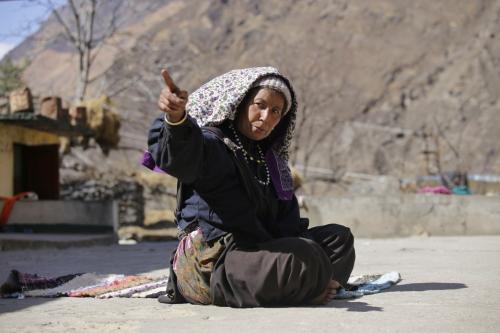 “I have never seen such a disaster in my life before. The wall of water destroyed everything in its way. I am old and don’t have much time left, for the sake of my children and grandchildren, we want the government to rehabilitate us,” she said.

She is not the only one. A few houses away, 68-year-old Asha Devi Rana lamented the day she decided to sell her land for the construction of the dam. Her younger sister, Amrita Devi, has been missing since the floods.

“We were poor and needed money, but the price we paid for this dam is too much. It never gave us anything; now has taken my sister from me. They have fooled us, they never told us what we were getting into,” Asha Devi says.

Her husband, Mehtab Singh Rana, added that the village isn’t safe anymore. “The blasting during the construction of the dam till five-six months ago caused cracks in the house. And then, a flood like this happened. This village will crumble into the river and we will all go along with it if we don’t move,” he said.

Blasting of rocks is part of the construction process of HEP. The modern blasting technology are safe and do not cause structural damage, according to the report of the Supreme Court-appointed committee constituted in the wake of the 2013 floods in Uttarakhand.

The report, however, also noted that although the blasting technology was safe, the actual blasting on the ground was done by contractors with little regard for safety. Such blasting causes slope to de-stabilise and leads to landslides.

“We complained about the blasting activity to the district administration in 2019, but no one listened. Instead, they filed cases against us for disrupting peace in the area,” said Sangram Singh, a villager. 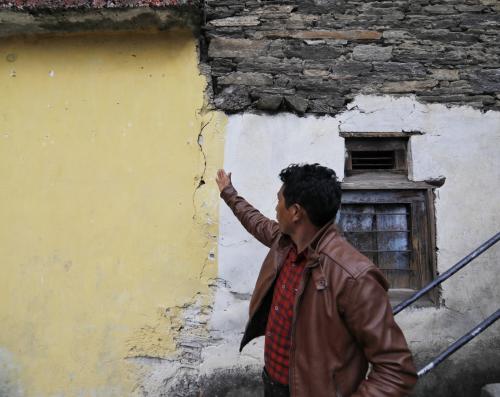 He added that had the dam not been there, the change in the flow of the river would have warned people and helped them escape in time.

“I am new here. I am not aware of any complaints by people against blasting,” said Pradeep Negi, tehsildar of Joshimath under which Reni village comes.

Chandra Singh Rana, the son of Goara Devi, said the village was paying for its own greed.

“The generation of my mother was a selfless one. We are not like that. We are greedy. We wanted the money, we wanted the jobs. And today, we are paying the price for it. Our village is not habitable anymore, and our loved ones are dying,” he said.

The residents of Reni are now questioning their choices. Meanwhile, search and rescue operations are on. The authorities have discovered 58 bodies and 22 body parts between Reni and Rudraprayag. Only 30 have been identified. So far, 12 people have been rescued.