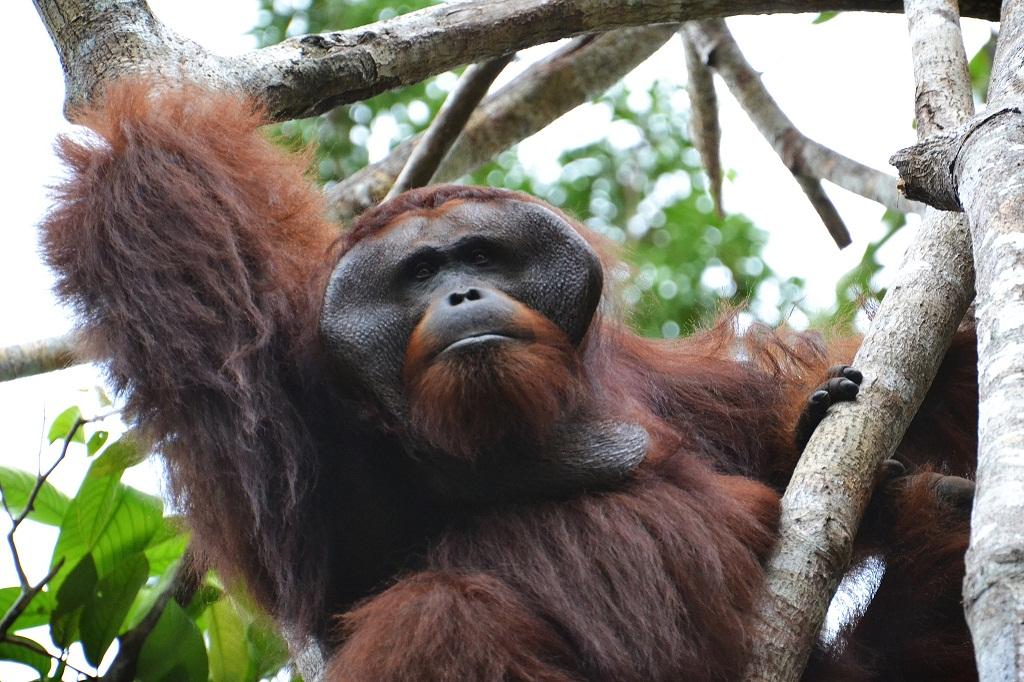 Orangutans of Borneo are one of the examples cited in the report Credit: Wikimedia Commons

A new study by the World Wildlife Fund (WWF) has revealed that global wildlife populations have fallen by 60 per cent in the past four decades due to accelerating pollution, deforestation, climate change and other human-made factors.

The 2018 Living Planet Report prepared by WWF notes that more than 4,000 mammal, bird, fish, reptile and amphibian species declined between 1970 and 2014.

The report observed that various anthropogenic factors were to blame for the decline in animal populations.

So, while African elephants in Tanzania declined by 60 per cent in just five years between 2009 and 2014, due to ivory poaching, deforestation in Borneo to create timber and palm oil plantations, led to the loss of 100,000 orangutans between 1999 and 2015, the report said. Similarly, the number of polar bears is expected to decline by 30 per cent by 2050 as Arctic ice continues to melt.

Meanwhile, eight million tonnes of plastics are entering the oceans annually. Even more worryingly, according to the report, 90 per cent of seabirds have plastics in their stomachs, compared with 5 per cent in 1960.

WWF called for the drafting of an international treaty, on the lines of the 2015 Paris Agreement, to protect global wildlife.

It urged the 196 member nations of the Convention on Biological Diversity (CBD) to consider a range of targets at CBD’s upcoming meeting in Egypt in late November. WWF has also called for a deal to be struck at the 75th United Nations General Assembly in 2020.