The negotiating draft text dilutes the key elements of the Convention like historical responsibility, differentiation and carbon budget, and will lead to a weak deal 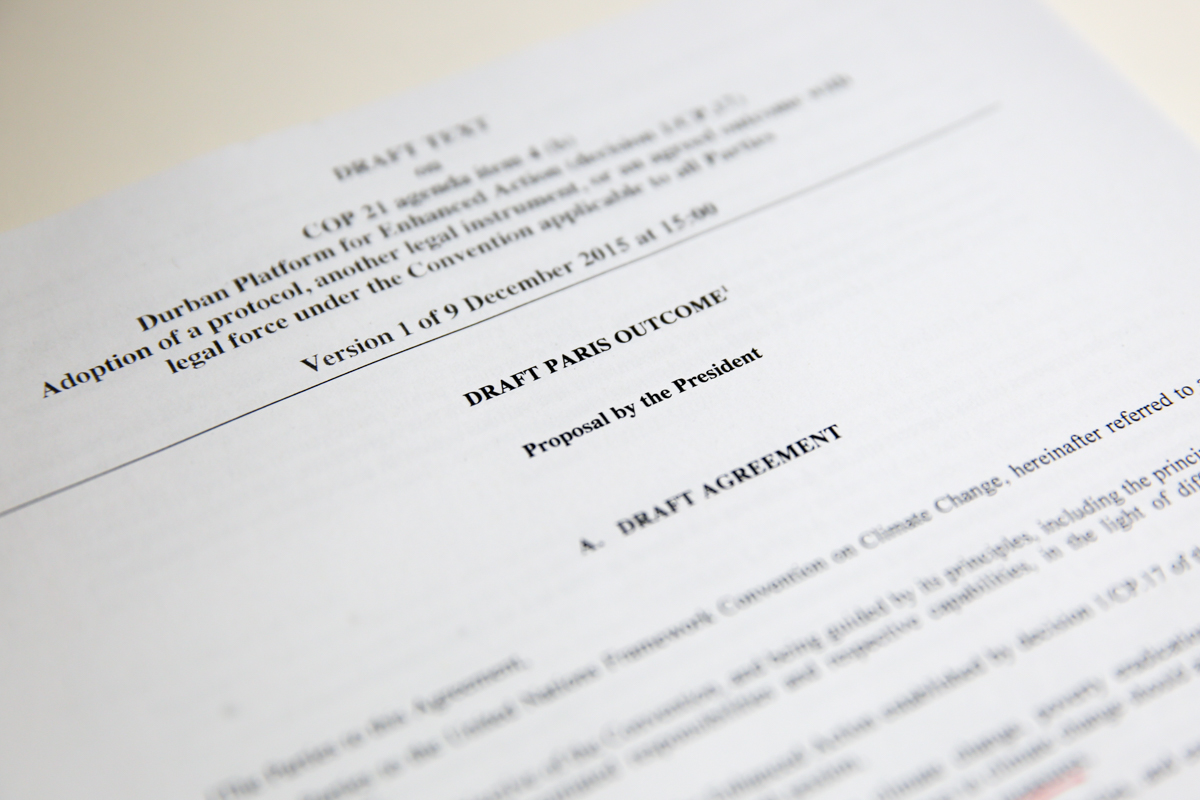 The second version of the draft Paris Outcome text was released on Wednesday. Both civil society and developing countries alike were highly critical of this new draft, saying that it does away with the Convention's principles. According to Delhi-based non-profit Centre for Science and Environment (CSE), it reflects major disagreements between countries on many elements, including finance and technology transfer.

"The current text essentially promotes a bottom-up regime characterised by the voluntary country-driven climate actions, which further weakens the historical responsibilities of the developed countries. If nothing changes, we are looking at a weak deal at Paris," said Chandra Bhushan, deputy director general at CSE.

G77 and China expressed discontent over the lack of coherence in the text. South Africa, speaking on behalf of this negotiating group, said, "The new text is delinking the Paris outcome with the principles of Convention. There is lack of clarity on issue of adaptation, means of implementation (finance and technology transfer) and long term trajectory of support on finance, technology and capacity building."

India too came out with a statement pointing out issues with the new draft. India’s environment minister, Prakash Javadekar, said Intended Nationally Determined Contributions or INDCs, which were to form the basis of the new climate deal, do not even find mention in the latest draft. On the issue of finance, he said, "It is deeply disappointing that on the one hand developed countries are not fulfilling their obligations and on the other hand, they are trying to shift their responsibilities to developing countries themselves. There is no indication of scaling up of finance nor a clear roadmap."

Alliance of Small Island States (AOSIS) group, which was represented by the Maldives, agreed to the comments made on the draft by G77 and China. While stressing the need for including the 1.5°C as the threshold for global temperature rise, it wanted adaptation to be linked with mitigation and common but differentiated responsibility.

Switzerland, speaking on behalf of the EIG, also stated, "Text as a whole is not balanced especially in finance. Compromised proposals and hardline positions are presented options; the range available is too polarised to come to consensus.” The Umbrella Group also mentioned that the text does not reflect consensus. They argued that "countries should not be bound under strict terminologies in the changing world; there should be enough flexibility in the text that would help the Umbrella Group to lead".

CSE analysis shows that in the finance section, developed countries are trying to reduce their contributions and shift the burden to developing countries. Financial commitments on adaptation are specified but there are no concrete commitments given in this regard. There are disagreements on temperature goal as currently it comprises three options—below 2°C, well below 2°C and below 1.5°C. AOSIS, along with many other vulnerable countries, emphasised the importance of a global temperature goal below 1.5°C.

CSE also observed that equitable distribution of a global carbon budget based on historical responsibilities and climate justice is removed from the current text. This is now mentioned in the draft decision text accompanying the Agreement text. "In the current text, ambition is not locked in. There should be greater focus on how to increase ambition in accordance with Equity and CBDR," said Sunita Narain, director general, CSE. "The removal of the language on global carbon budget would mean that equity is wiped off the new agreement as fair allocation of the carbon budget is the only way to operationalise equity," concluded Chandra Bhushan.

The new text has removed many sections including ex-ante review (prior review of the emissions reduction efforts of countries before their final communication) and international transport emissions. COP 21 President Laurent Fabius said, "Progress has been made on many points, but there is still great deal of work to be done, differentiation, finance and level of ambition."