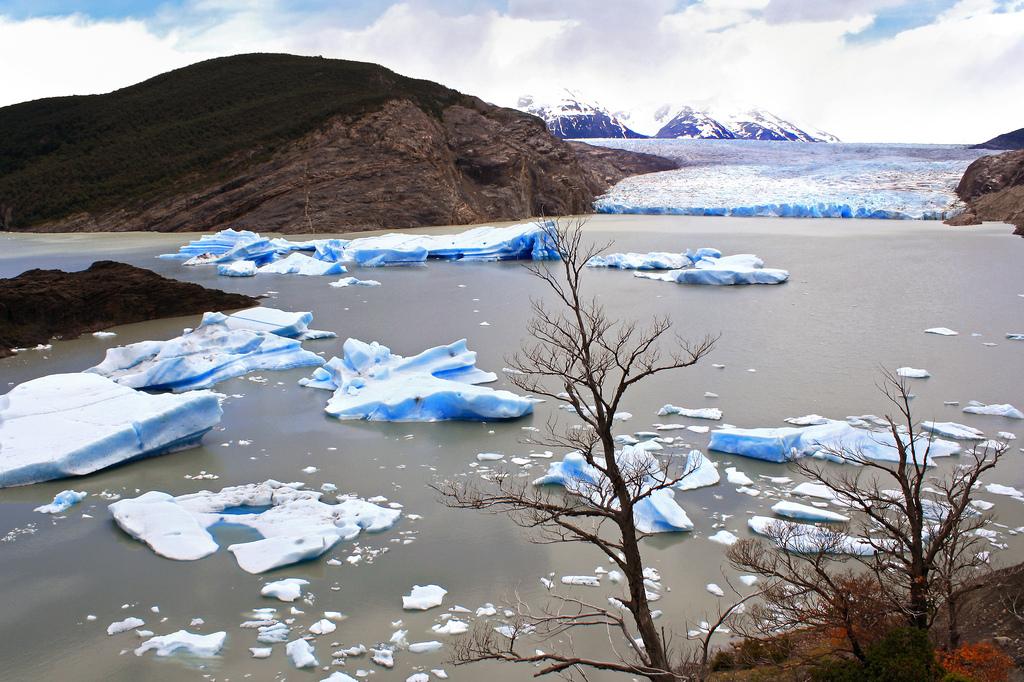 Changes in the Arctic and melting sea ice is causing a shift in wider oceanic and atmospheric circulation patterns. Credit: Dimitry B / Flicker

A new warming record was set with temperature remaining 1.1°C above the pre-industrial period, and 0.06 °C above the previous highest value set in 2015. Carbon dioxide (CO2) crossed 400 PPM mark, average sea-surface temperatures were the warmest and global sea-ice extent dropped more than 4 million sq km below average. That was 2016 for you.

The Statement on the State of the Global Climate issued by the World Meteorological Organization (WMO) confirms that 2016 was the warmest year on record.

According to the report, global temperatures in 2016 were influenced by the strong El Nino event of 2015-2016. The year 2016 features in the “five warmest years for every inhabited continent”. For North America, it was the warmest year on record, with the continental US having its second warmest year, Alaska its warmest and Canada its fourth warmest. Last year was also the second warmest for Africa and South America and third warmest for Europe.

More than 90 per cent of the Earth’s energy imbalance goes into heating the oceans. Thus, measuring changes in ocean heat content (OHC) helps in monitoring variations in the Earth’s energy imbalance over a period of time. As oceans warm, they expand, causing both global and regional sea-level rise. Increased OHC is responsible for about 40 per cent of observed global sea-level rise over the past 60 years, according to the report.

Warm ocean temperatures contributed to significant coral bleaching in tropical waters. The Great Barrier Reef off the east coast of Australia was among the areas significantly affected, where record high sea-surface temperatures occurred in March. Up to 50 per cent of coral reefs died in northern parts of the reef north of Lizard Island. Later, severe coral bleaching cases were reported in the Okinawa region of Japan.

According to the WMO report, the El Nino event contributed to increased growth rate of greenhouse gases, both through increased emissions from terrestrial sources (forest fires) and decreased uptake of CO2 by vegetation in drought-hit areas. The increase in methane (CH4) concentration from 2014 to 2015 was also larger than that observed from 2013 to 2014. The CO2 levels rose to 405.1 PPM in 2016, putting CO2 at its highest levels in over 10,000 years. 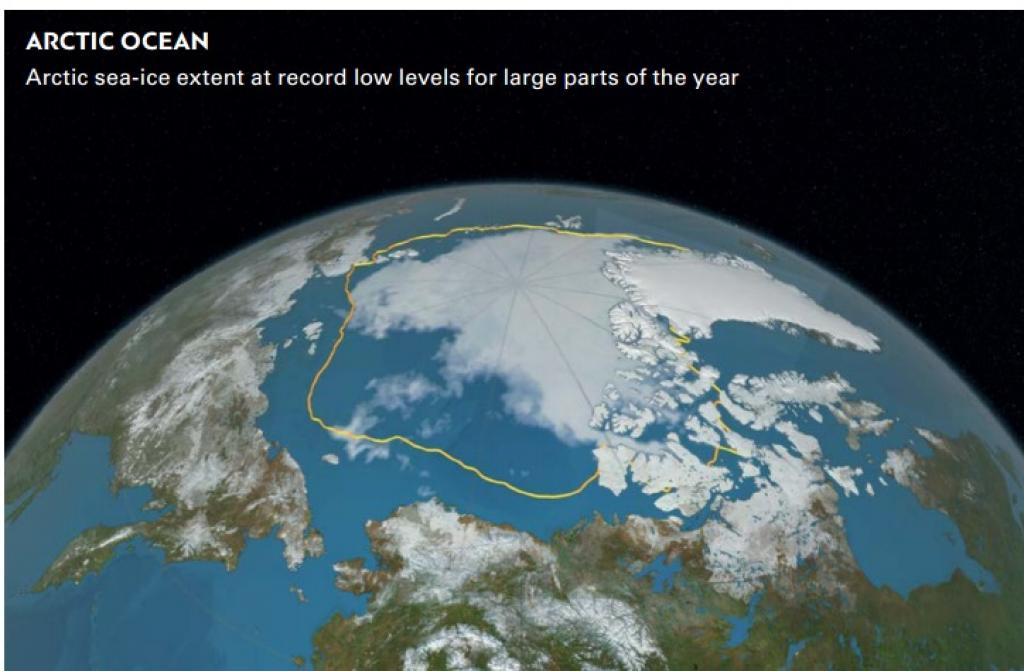 Throughout 2016, the Arctic sea-ice extent was well below average. It was at record low levels for large parts of the year. The maximum extent of 14.52 million sq km, recorded on March 24, was in fact, the lowest seasonal maximum ever since satellite data was first recorded in 1979.

Recently released studies, which were not included in the WMO’s report, suggest that ocean heat content may have increased even more than previously reported. Moreover, there is no indication of the rate of increase in atmospheric CO2 concentration easing any time soon.

The El Nino–Southern Oscillation (ENSO) is a major driver of climate variability, but “even without a strong El Nino in 2017, we are seeing other remarkable changes across the planet. They are challenging the limits of our understanding of the climate system. We are now in truly uncharted territory,” says World Climate Research Programme Director David Carlson.

According to studies, changes in the Arctic and melting sea ice is causing a shift in wider oceanic and atmospheric circulation patterns. Thus, in early 2017, some areas, including Canada and much of the US, were “unusually balmy”, while others, including parts of the Arabian Peninsula and North Africa, were unusually cold.

In the US alone, 11,743 warm temperature records were broken or tied in February, according to the US National Oceanic and Atmospheric Administration (NOAA). Extreme heat in January and February affected many parts of Australia, creating new temperature records.