Grist, a US-based non-profit which provides environmental news and commentary, analyses what a Clinton presidency would mean for climate change and energy 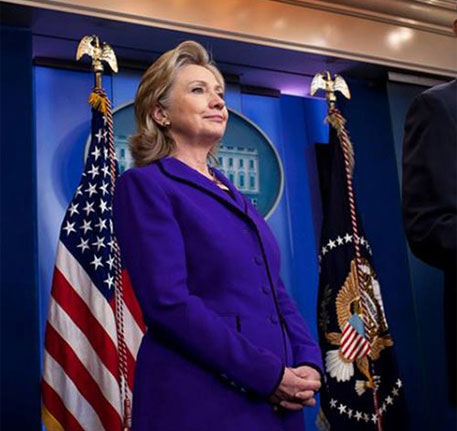 It’s strange to remember how bitterly divisive the 2008 Democratic presidential primary battle was. Hillary Clinton’s and Barack Obama’s platforms and ideological positioning were awfully similar. And on the chief difference between them — Obama’s less hawkish foreign policy — the victor wiped away that distinction by appointing Clinton as secretary of state. Now Clinton has announced her candidacy and is poised to coast through the 2016 Democratic primaries as her party’s prohibitive favorite. Would a Clinton presidency be essentially a third Obama term?

On climate change and energy, it seems the answer is yes. For better and for worse, Clinton’s record and stances are cut from the same cloth as Obama’s. Her close confidant and campaign chair, John Podesta, served as an Obama advisor with a focus on climate policy. Like Obama and Podesta, Clinton certainly seems to appreciate the seriousness of the threat of catastrophic climate change and to strongly support domestic policies and international agreements to reduce carbon emissions. But, like Obama and Podesta, she subscribes to an all-of-the-above energy policy. She promotes domestic drilling for oil and natural gas, including through potentially dangerous fracking. (The Clinton campaign did not respond to our request for comment.)

So Clinton shares what David Roberts has identified as Obama’s split personality on climate change—tackling it aggressively on the consumption side but continuing to boost fossil fuel supplies. That’s not as bad as the science deniers on the Republican side, or the climate curmudgeonliness of likely Democratic candidate Jim Webb. But it’s also not quite the climate hawkishness we need.

This article was originally published on Grist. Read the original story.

Risky business: the economic risks of climate change in the United States