Is Rally for Rivers based on impractical ideas? 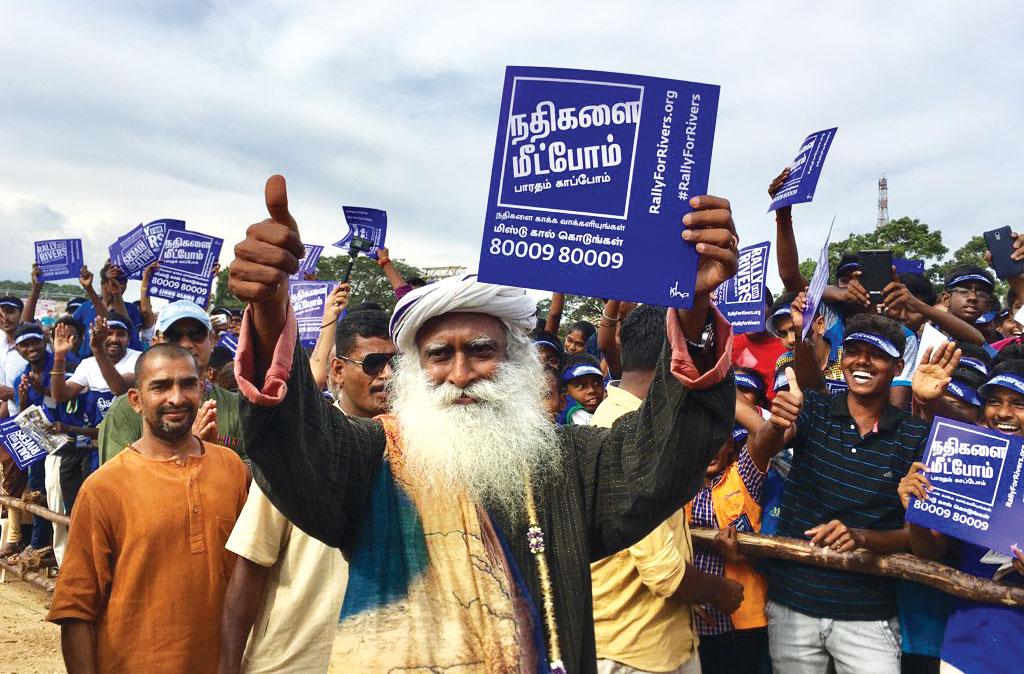 NEW DELHI'S Indira Gandhi stadium was the venue of a grand event on October 2. A month before that, Isha Foundation, a Coimbatore-based non-profit that runs yoga and self-help programmes, had launched Rally for Rivers, an initiative to save India’s rivers, under which a cavalcade of about 20 vehicles had travelled over 9,000 km, across 16 states, culminating in the function at the stadium.

Launching the initiative at Coimbatore on September 3, the head of the Isha Foundation, Jaggi Vasudev, popularly known as Sadhguru, had suggested that a 1 km-wide green patch should be created on both sides of all the rivers of the country throughout their lengths. This would make people aware of the importance of rivers, control the micro-climate and reduce vulnerability to extreme rainfall events, he had said. Experts, however, are of the view that the idea is not just impractical, but lacks scientific basis.

In an e-mail response to Down to Earth, Jaggi Vasudev (see ‘Afforestation will stabilise rainfall patterns’) said 4 million hectares (ha) is needed for planting these trees, of which 25 per cent is owned by the government, 65 per cent is private farm land and 10 per cent is delta. The government and private owners will be encouraged to turn their lands into agroforestry plantations, says Jaggi. This can be problematic. A study by the Rights and Resources Initiative, a global network advocating rights of indigenous people, and the Tata Institute of Social Sciences in 2016, found conflicts over 1.2 million ha in the country. Another 4 million ha could only add to the problem, especially because India will be the world’s most land-scarce country by 2050, as stated by the Economic Survey 2016-17.

The belief that the trees will help control micro-climate is also not backed by research. On September 7, researchers from the Ashoka Trust for Research in Ecology and the Environment (ATREE), a Bengaluru-based research organisation, wrote in the Economic Times that the connection between land cover and climate change is quite tenuous, and so is the link between forest cover and river rejuvenation. They also said that at many places rivers are dying because of over-exploitation of groundwater and planting trees may aggravate the problem.

Even the agroforestry idea is not practical. “It will be profitable only in areas where the rivers are close to a timber market,” says Soujanya Shrivastava of Delhi-based non-profit Centre for Science and Environment.