A third draft, still undecided; CoP 26 might not deliver what is expected

Unabated coal and fossil fuel subsidies are still in the text; ‘just transition’ added and minor adjustments to loss and damage 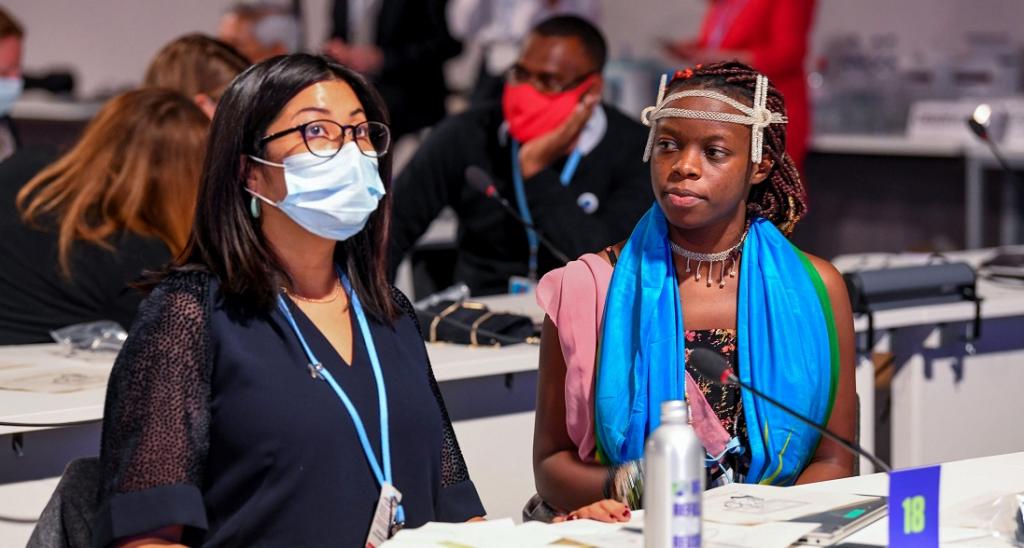 Delegates attend the Exploring Loss and Damage event at Cop 26 on the 8th November 2021 at the SEC, Glasgow. Photograph: Justin Goff/ UK Government

The third draft of the outcome of the 26th Conference of Parties (CoP) to the United Nations Framework Convention on Climate Change, released on the morning of November 13, 2021 has hardly made any departure from earlier drafts. 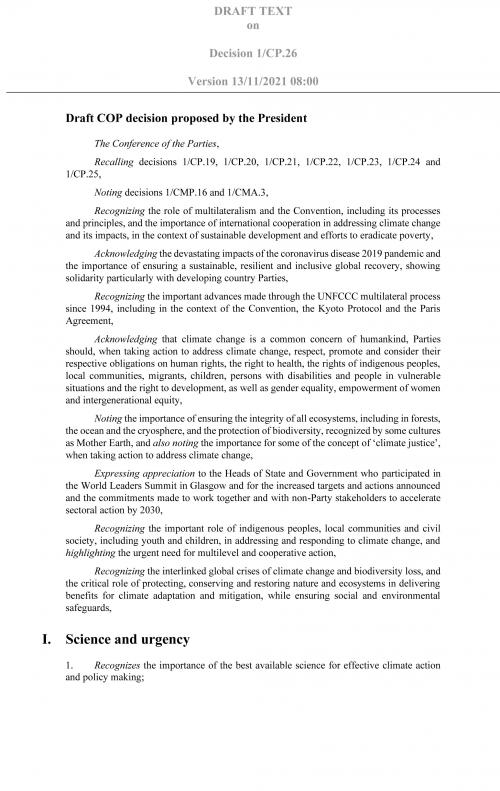 “Unabated coal and fossil fuel subsidies are still in the text. ‘Just transition’ has been added,” she said.

The CoP recognises the need to ensure just transitions that promote sustainable development and eradication of poverty and the creation of decent work and quality jobs, including through making financial flows consistent with a pathway towards low greenhouse gas emission and climate-resilient development, including through deployment and transfer of technology and provision of support to developing country Parties. 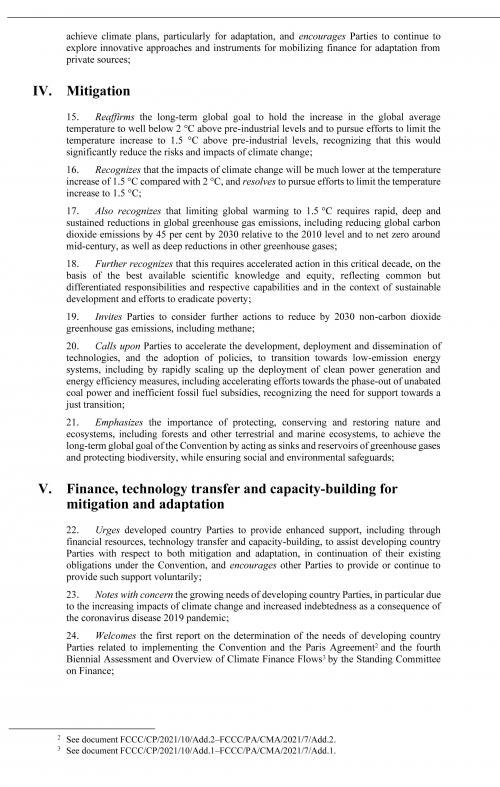 Goswami added that there were minor adjustments to loss and damage:

The earlier technical facility is out. Now, they are just funding the existing Santiago Network, but there is no mention of the Glasgow Loss and Damage Facility which G77 and the Alliance of Small Island States pushed for. That facility would have actually disbursed funds for loss and damage.

The Guardian reported that “nations will be asked to return next year to strengthen their targets on emissions cuts, which are so far inadequate and to accelerate the phase-out of coal power and fossil fuel subsidies.”

It added that there was a long process still to go through November 13 and perhaps November 14, in which some countries were likely to attack some of the key provisions.

On November 12, the last scheduled day of CoP26, India had expressed ‘deep disappointment’ on the issue of climate finance at the informal stocktaking plenary.

The Indian negotiator speaking at the plenary noted that developed countries had not met the promise of $100bn a year in climate finance for poorer countries by 2020.

India had asked developed countries to take a lead in phasing out all fossil fuels. The first and foremost right over the remaining carbon budget was for developing countries.