Africa presents united front and calls for action at COP22 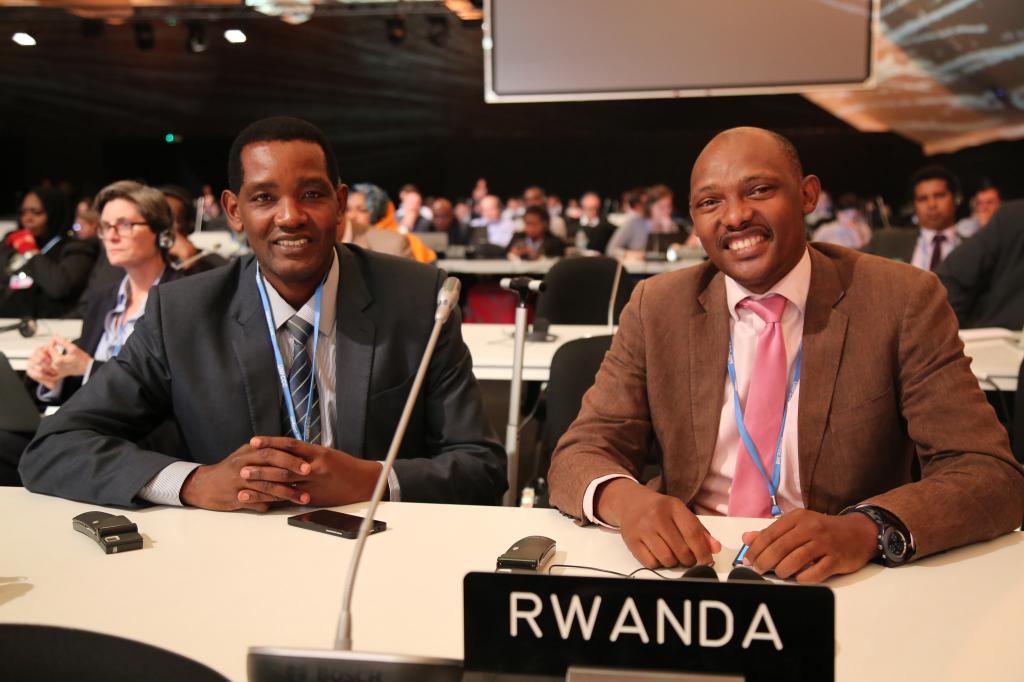 The 22nd Session of the Conference of the Parties to the United Nations Framework Convention on Climate Change (COP22) kick-started November 7 in Marrakesh (Morocco).

A collaborative partnership between the Africa Development Bank (AfDB), the African Union Commission (AUC), the Economic Commission for Africa (ECA) and the New Partnership for Africa’s Development (NEPAD) established the Africa Pavilion in the blue zone of the COP22 village, dedicated to engagement, networking and dialogue. The Pavilion also aims to provide a platform for the voices of the continent to be heard.

Over the next two weeks of COP22, the Africa Pavilion will feature a dynamic program of round-tables, conferences and bilateral meetings, where key issues of adaptation and mitigation; green industrialization; agriculture; transport; health; water and sanitation; biodiversity and innovation will be discussed.

Both COP21 President and French Minister of the Environment, Energy and the Sea, in charge of international climate negotiations, Segolène Royal and COP22 President and Moroccan Minister of Foreign Affairs Salaheddine Mezouar, visited the Africa pavilion in the early days of COP22. The pavilion is drawing crowds with its unique architecture and interesting features such as living green walls. Several African heads of State and high level officials are also expected to visit the pavilion during the High level week of COP22, and especially on Africa Day, Wednesday 16 November 2016.

COP22 is the fourth COP to take place on African soil - the second time in Morocco – presenting an important opportunity to place special emphasis on the continent’s needs and proposals. Africa is among the world’s regions most vulnerable to climate change and its key priorities include ensuring that global ambitions and historic responsibilities regarding means of implementation, particularly predictable financing, to facilitate low carbon climate resilient development are in line with the continent’s development goals.

COP22 is dubbed the COP of action, providing a clear roadmap for the implementation of commitments made in the Paris Agreement which came into force on 4 November 2016.